“These are not stories, they're real,” Nancy Grace shared about the new Lifetime movie The Good Father: The Martin MacNeill Story, which she produced. “This is a real fact scenario with a real victim who died in the family’s bathtub. Her daughters, they had eight children, four natural, four adopted, they had no idea what had really happened to their mother.” During a virtual event to promote the film, which premieres on October 2nd, the famous TV personality talked about the importance of doing this story justice in a narrative format. 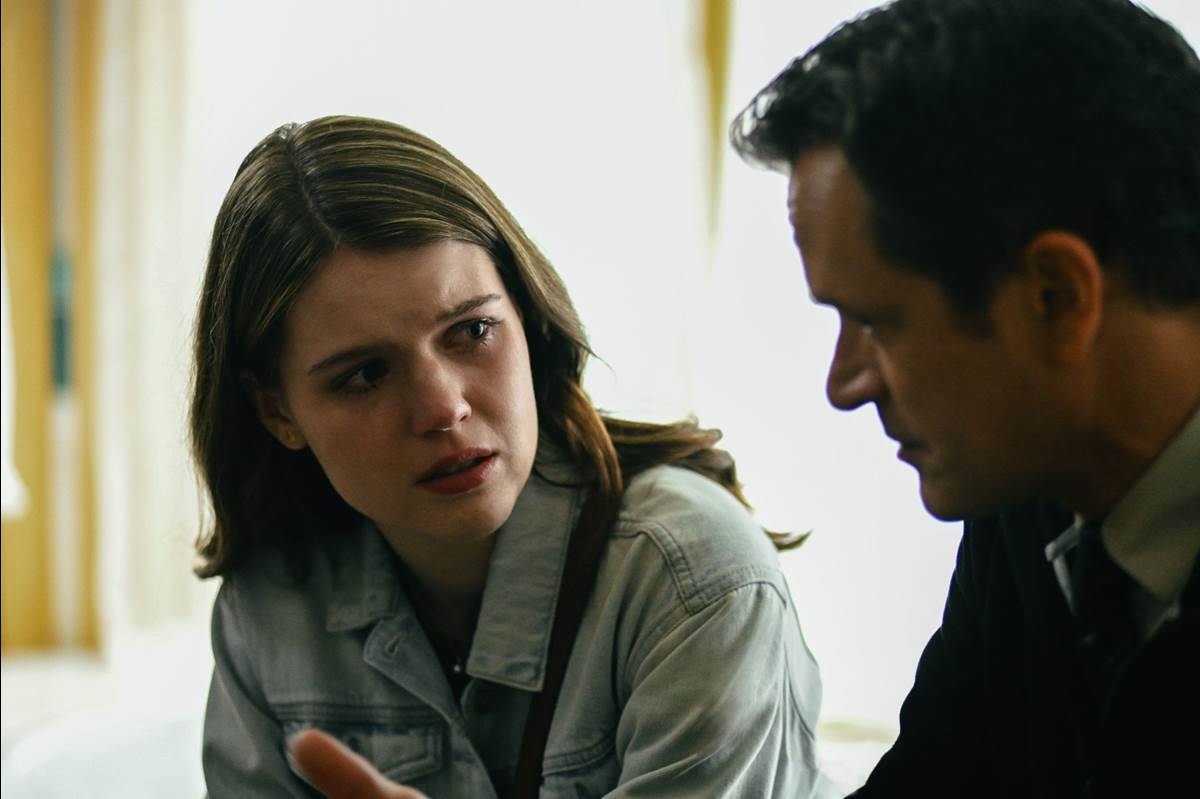 “I covered the Martin MacNeill prosecution when it occurred,” Nancy Grace explained about the case that stayed with her. “I can still remember the night of the verdict and speaking with Alexis [Martin’ Daughter]. And she was telling me about how when she had gotten married, her mother wasn't there because her father murdered her mother and what that felt like. So this movie means a lot to me.”

Playing the murder victim in the new Lifetime film is Charisma Carpenter, who felt the weight of the role. “It was super challenging to honor her memory and to be able to get across her love of family, to be able to get across the behaviors that she was experiencing and her confusion about his behavior, the pathological lying and the sociopathy behind it all.” Like in real life, her character Michele is convinced by her husband to get plastic surgery, with her spouse taking advantage of the painkillers to place blame on her death and move his mistress into the family home. “When it’s a real-life story, you have to take the insights that you understand from whatever the history is of the story. You have to do a lot of reading, a lot of research. The importance of getting that across was a true challenge and something that I took to heart and wanted to pay the utmost of respect to.”

The film is told through the perspective of Alexis, played by Anwen O’Driscoll, and Charisma promises that the story has an empowering message in spite of the tragedy it’s based on. “It is a story of empowerment,” the actress revealed. “It is a story of reclaiming your power and not allowing yourself to be manipulated and gaslighted any longer by this perpetrator that was, unfortunately, her own father, who she admired and adored and loved and was well-respected. In the community and at work and within his church. What a powerful place, what an unfortunate thing to have to be confronted with, but then to understand the strength of character, her perseverance, her desire for truth to support her siblings while she was in medical school. This is an incredible person, this is an amazing woman.”