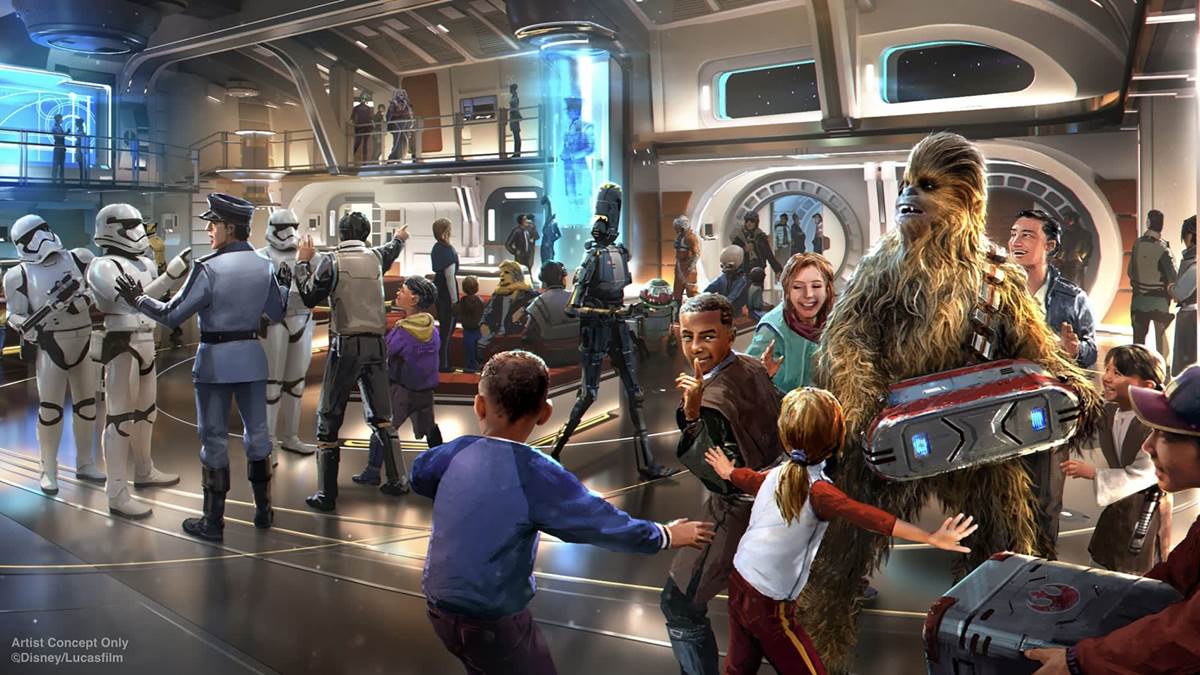 With the grand opening of the Star Wars: Galactic Starcruiser immersive resort experience less than five months away at Walt Disney World, prospective guests are sure to have a lot of questions about just what exactly to expect when they board the Halcyon for a journey to A Galaxy Far, Far Away.

One of the biggest questions coming up for people curious about the experience is which familiar (and not-so-familiar) Star Wars characters are likely to appear on the Halcyon during the two-night trip. So let’s review which recognizable characters are confirmed, which ones guests will be meeting for the very first time, and which others could possibly pop up along the way. 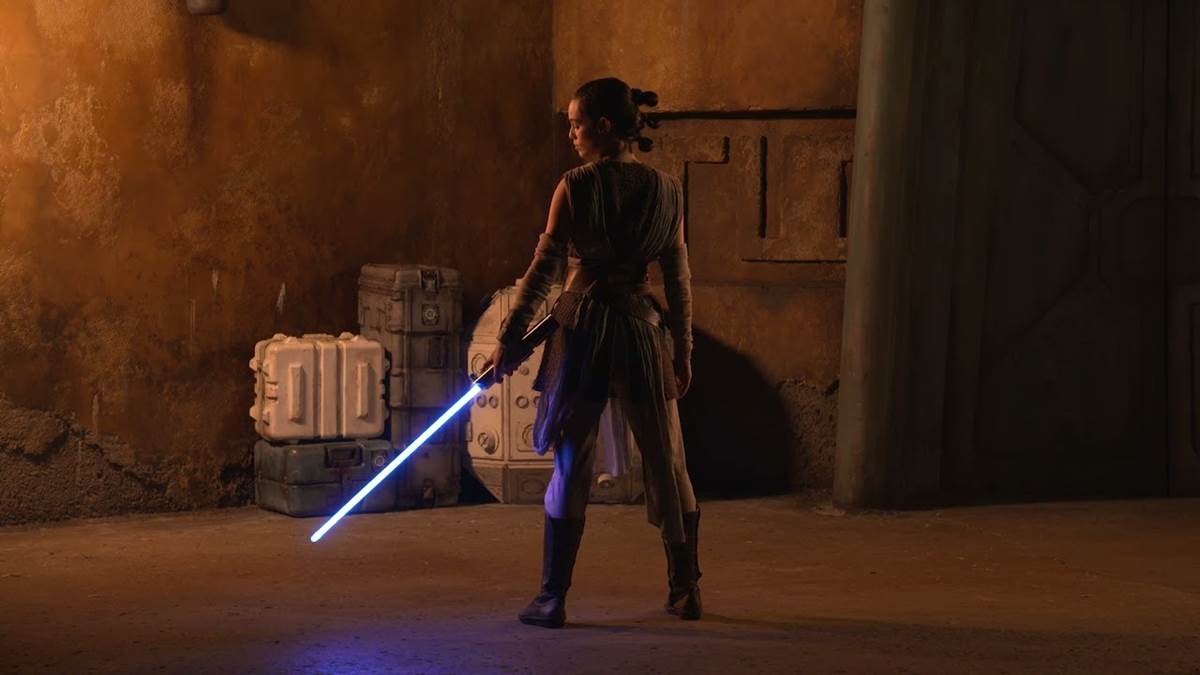 Like the adjacent Star Wars: Galaxy’s Edge area in the Disney’s Hollywood Studios theme park, Star Wars: Galactic Starcruiser takes place between Episodes VIII and IX of the Skywalker Saga, meaning that Rey is a big part of this story as she continues along her path to becoming a Jedi Knight. We’ve heard confirmation from Walt Disney Imagineers that she will indeed make her presence known aboard the Halcyon, and will likely be using the jaw-dropping functional lightsaber we’ve seen in promotional videos for the experience. Anyone who’s interacted with the loyal Wookiee Chewbacca in Black Spire Outpost knows just how much fun it can be to help the famous Rebel Alliance copilot and faithful friend evade the evil First Order. And based on concept art like the piece featured at the top of this story, it looks like Galactic Starcruiser guests will be assisting Chewie in more missions for the Resistance. Every story has to have a villain, and who better to menace the Halcyon than the wayward son of Han Solo and Princess Leia? Yes, Ben Solo himself will be appearing– probably only behind that imposing mask– on the Halcyon to hunt down Resistance spies, as indicated by the poster art for the experience seen below. 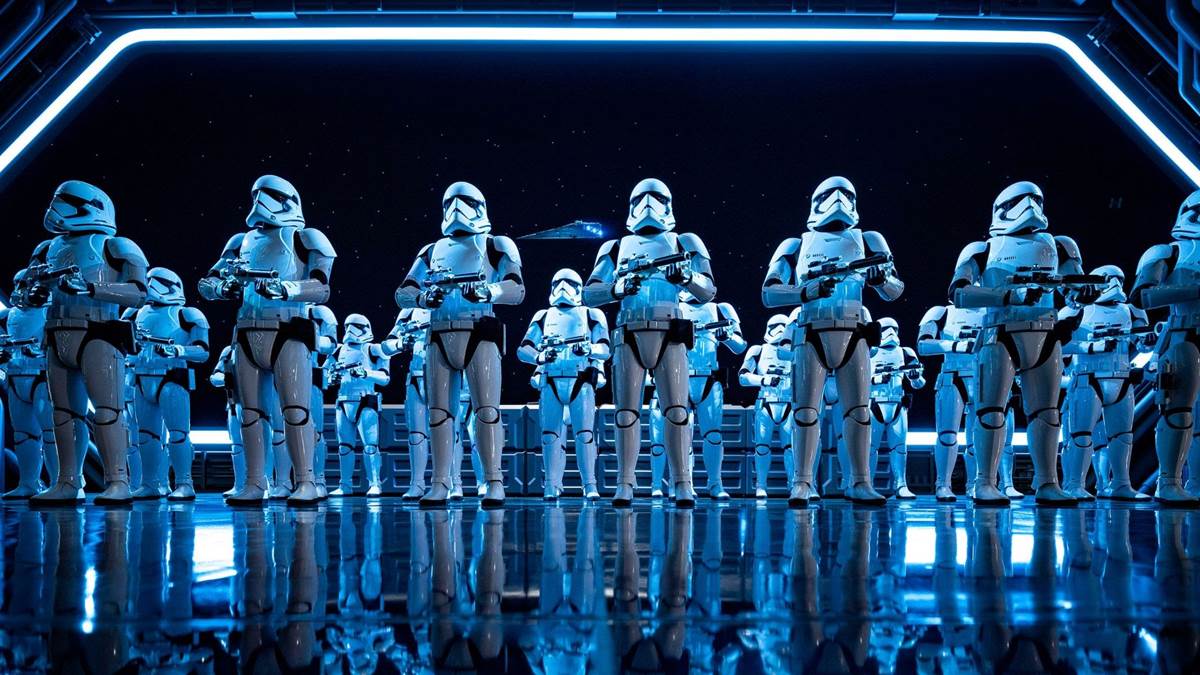 And where Kylo Ren goes, First Order stormtroopers can’t be too far behind. These bumbling bucketheads already patrol the streets of Batuu, and in concept art for Star Wars: Galactic Starcruiser, they can be seen interrogating members of the Halcyon’s crew as they continue their efforts to hunt down our heroes. 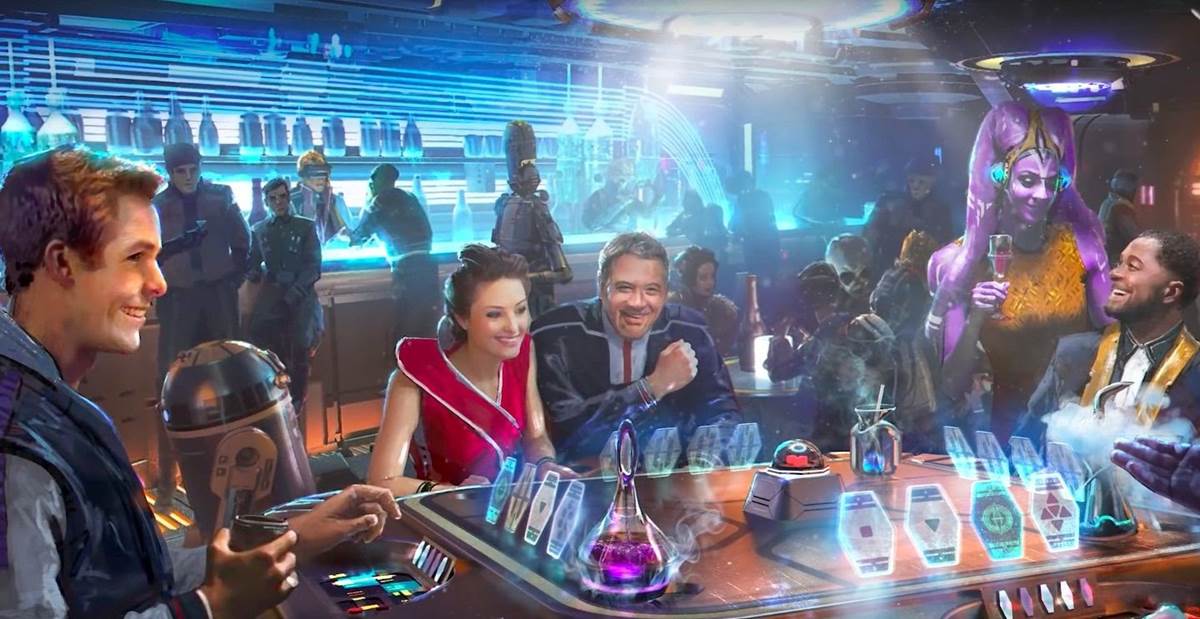 We also know we’ll be meeting new friends and potential allies like the Halcyon’s captain, gamblers, smugglers, First Order loyalists, and Resistance spies. But speaking of the last item on that list, could Galaxy’s Edge character Vi Moradi make an appearance during the Galactic Starcruiser narrative? It wouldn’t surprise me in the least if she were incorporated in the story, but one of the coolest parts of this experience is undoubtedly going to be the opportunity for guests to create their own characters– living, eating, and breathing for those two days in the Star Wars galaxy. 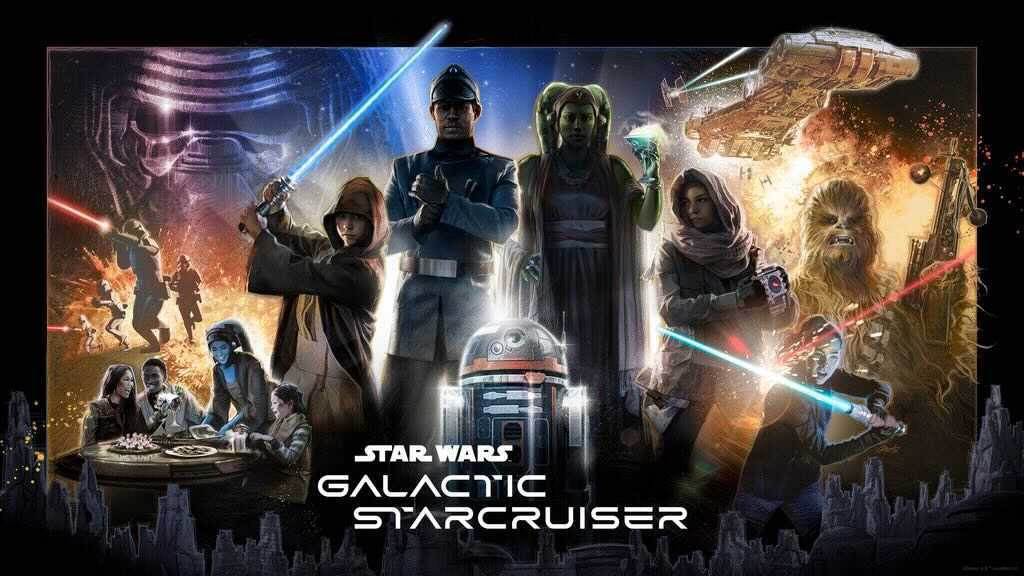