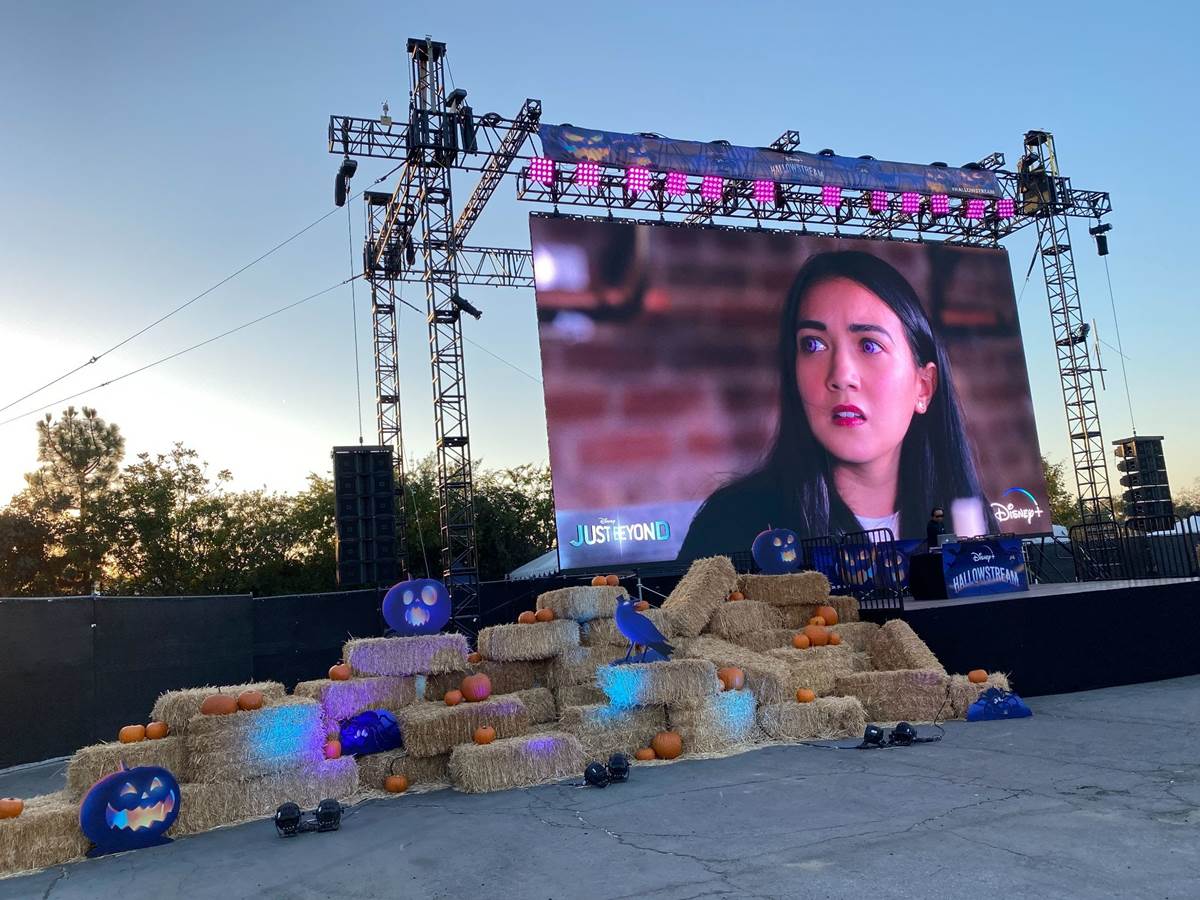 Last night Disney+ continued its Hallowstream drive-in series in Culver City, California with a special advance screening of the new horror comedy anthology series Just Beyond, based on the graphic novels of the same name by R.L. Stine.

Prior to the screening of three episodes from the show, series creator Seth Grahame-Smith (writer of The LEGO Batman Movie) took to the Hallowstream stage to introduce this highly anticipated new Disney+ offering.

“We’re so excited to share our show with you guys. You’ll be the first people in the world to see the show,” said Grahame-Smith during his introduction. “Our trailer has already been seen millions and millions of times. Tomorrow all eight episodes will be on Disney+.” The Hallowstream drive-in screen then proceeded to show three episodes from Just Beyond: “Leave Them Kids Alone” starring Mckenna Grace (Gifted) as a rebellious girl sent to a very creepy boarding school, “Which Witch” starring Rachel Marsh (iCarly) as a witch attending a public high school, and “My Monster” starring Megan Stott (Little Fires Everywhere) about a mask-wearing specter haunting a young teen and her mother.

As this was our second visit to the Disney+ Hallowstream Drive-In, you can find more photos of the experience and its delightfully spooky Halloween decor in our post about the Muppets Haunted Mansion premiere. But for last night’s Just Beyond event, Hallowstream had been updated with a new marquee, different slides on the big screen, and a slightly more mature atmosphere, reflecting the tone of the tween-targeted horror series. It was definitely cool getting to see this show for the first time surrounded by its very enthusiastic cast and talented creative team. 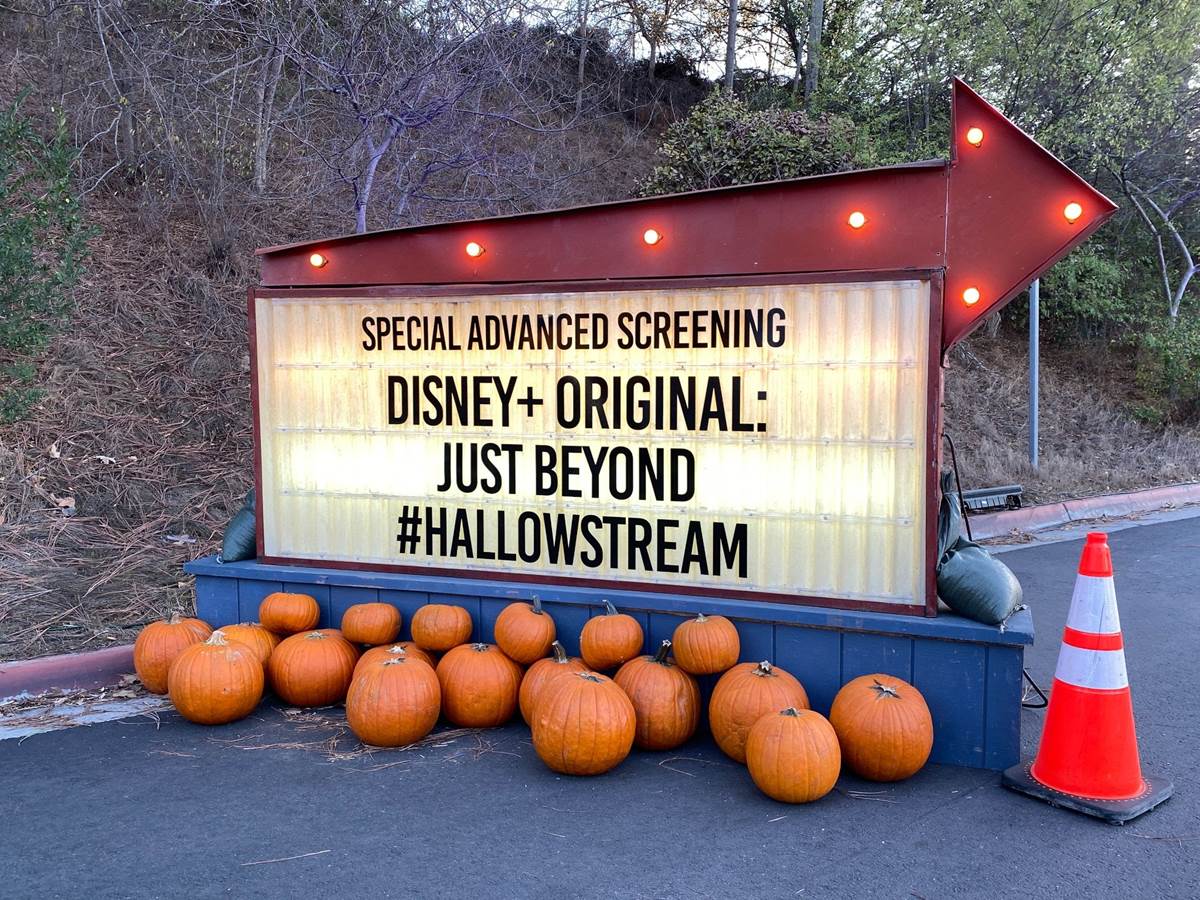 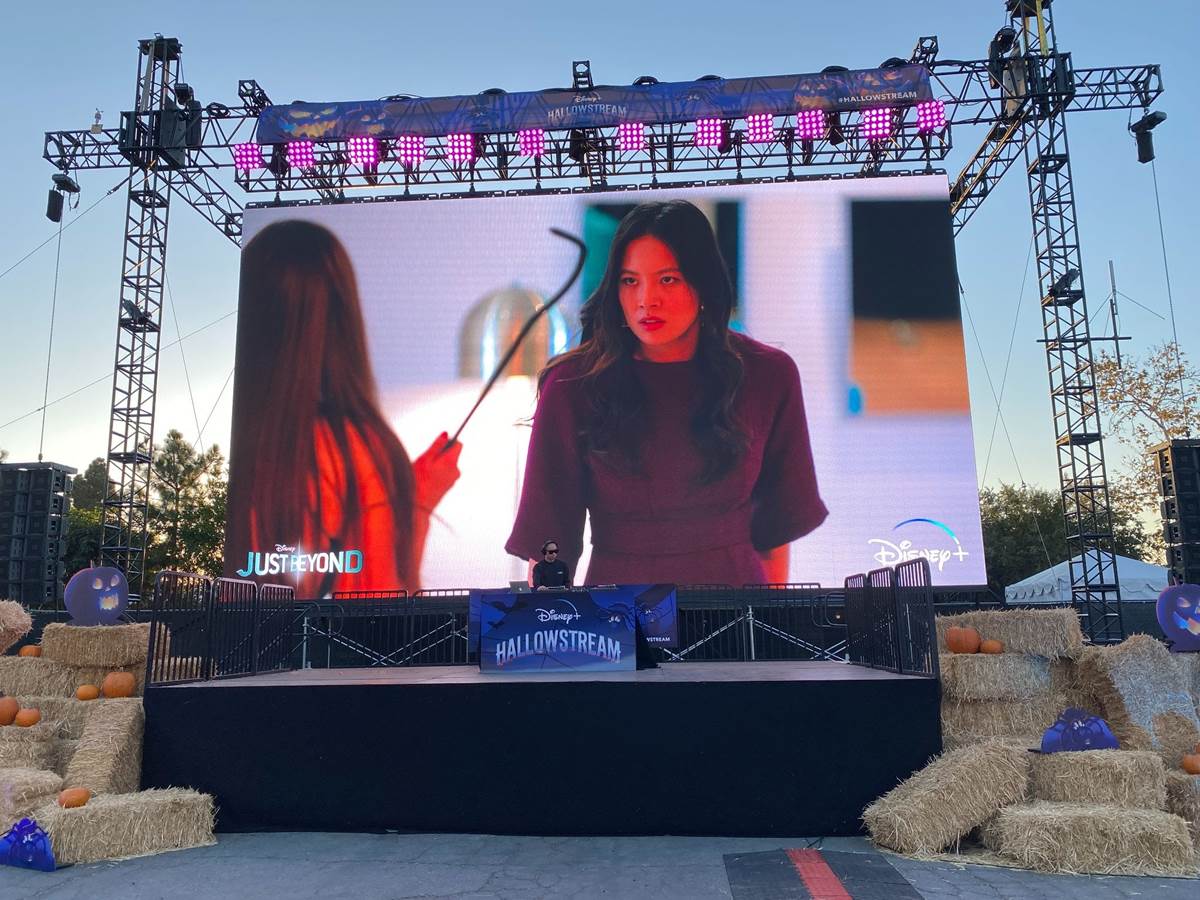 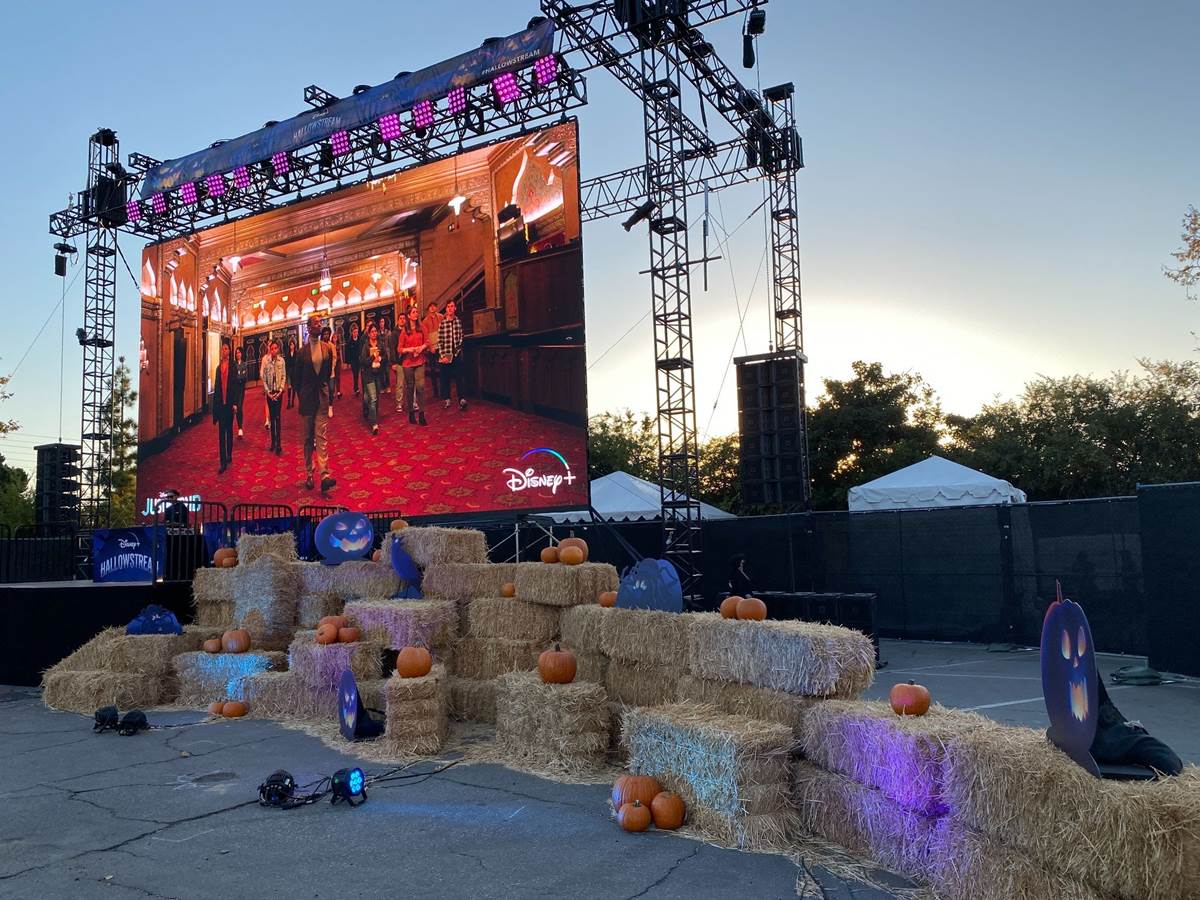 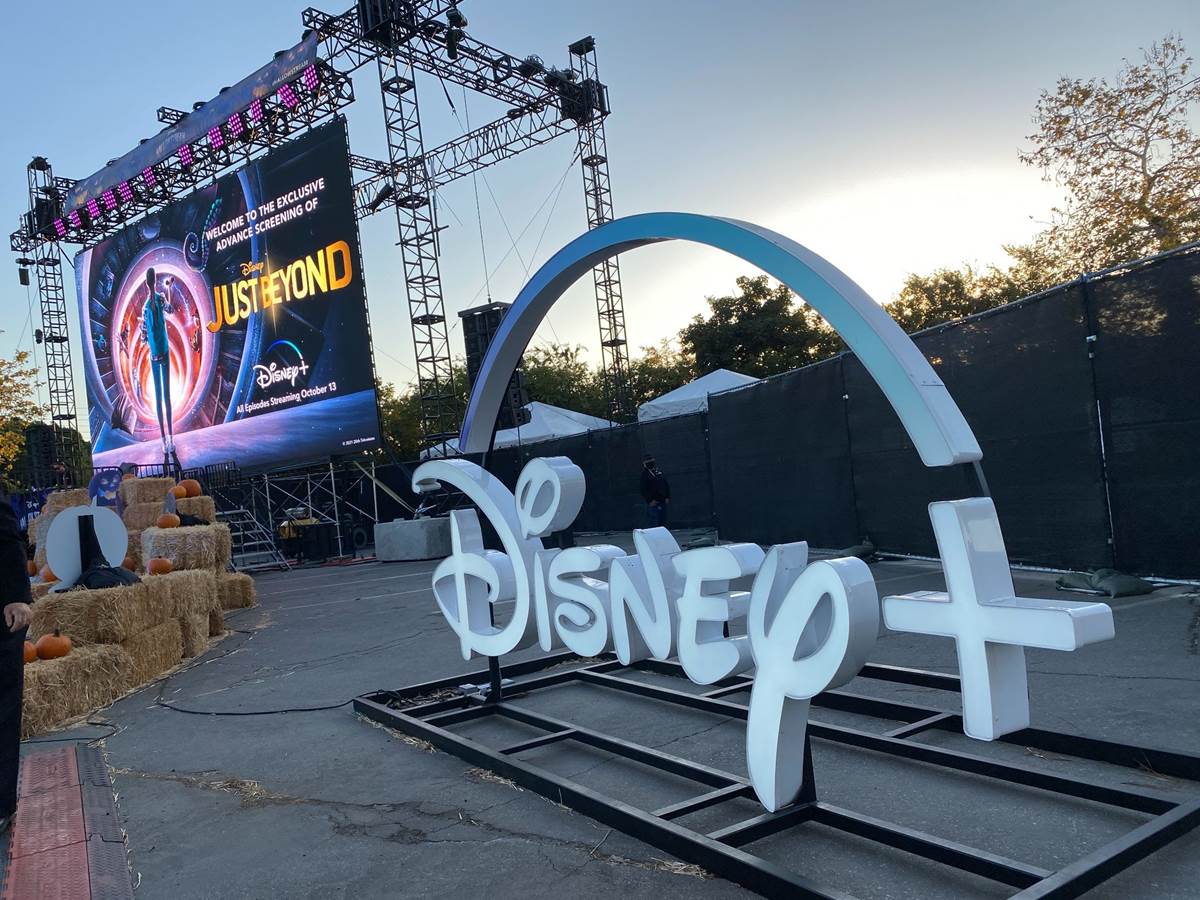 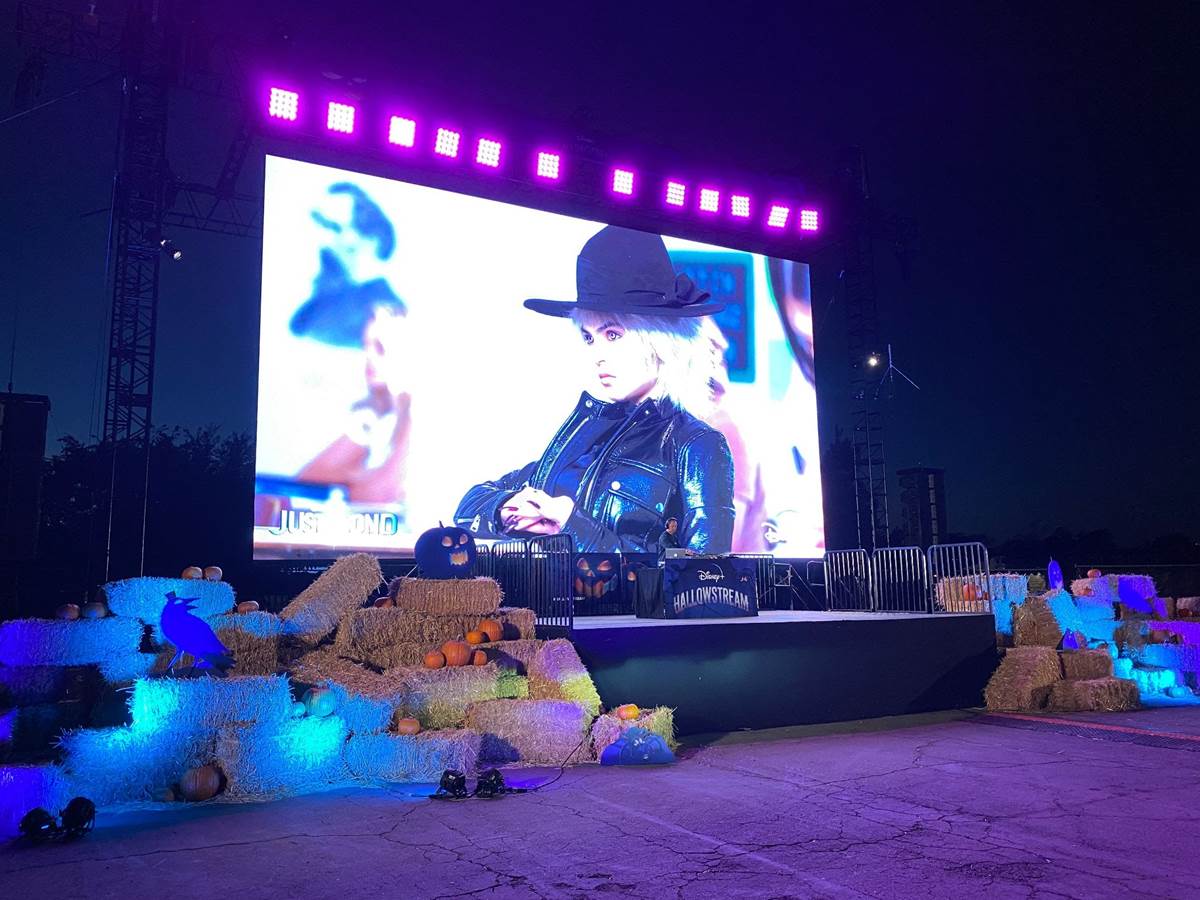 Just Beyond is now available to stream exclusively on Disney+.