Dopesick is back this week with a brand-new episode that takes viewers deeper into the rabbit hole of the opioid crisis. Episode 4 “Pseudo-Addiction” shows how teenagers looking for a high will adapt and the depths of despair that opioid addiction will bring. 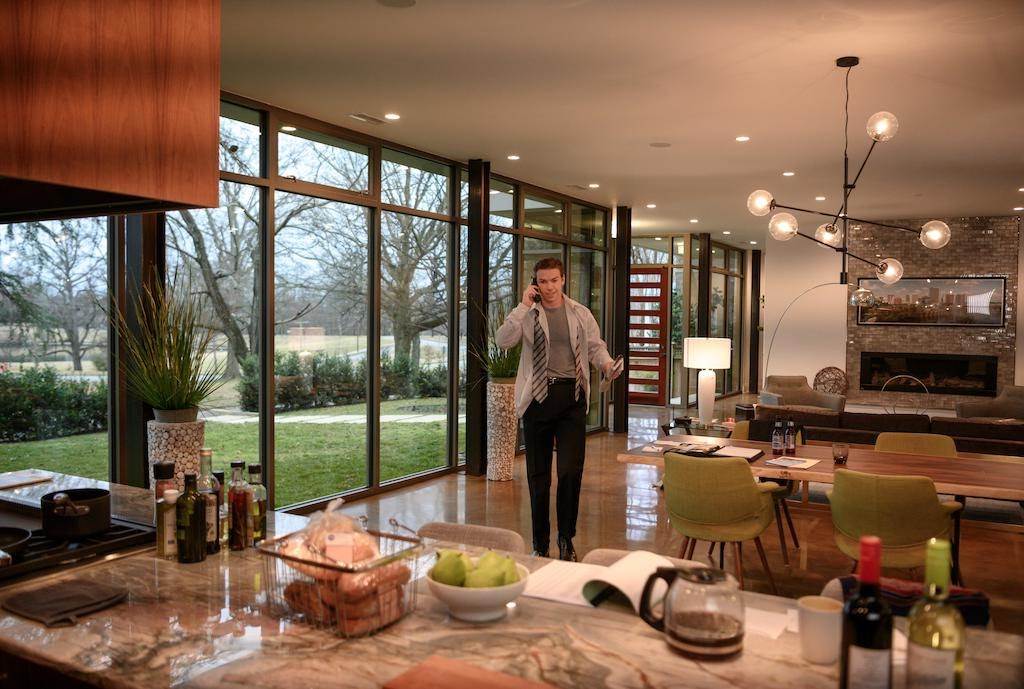 It’s 1997, and kids are learning that if you crush up OxyContin pills and snort them, then the high is nothing like anyone has ever experienced. With the new way to take Oxy, deaths can be expected and in the opening moments we see a teenager overdose in his car.

Betsy (Kaitlyn Dever) has lost her job at the mine and is working as a gas station attendant. Addiction has been tough on Betsy. The effect of Oxy is evident in her demeanor and appearance. But Betsy is not the only one who is struggling.

Dr. Finnix (Michael Keaton) is well into his addiction thanks to his own OxyContin prescription from a car accident. What seemed like the best way to manage his pain from the injury has resulted in the doctor struggling to get by and stealing patient medication to satiate his addiction.

While OxyContin is making a ton of money for Purdue, word is starting to come to light about the addictive nature of the pills. Richard Sackler (Michael Stuhlbarg) is looking to recruit an aggressive specialist in pain that will help neutralize the threat of bad press. With their new pain guru, Purdue proclaims that addiction is not real, in fact it is pseudo-addiction which is a symptom of true pain. The only way to eliminate the pseudo-addiction is to prescribe more pills.

In 2004 Rick Mountcastle and Randy Ramseyer (Peter Sarsgaard, John Hoogenakker) are slowly combing through the mountains of boxes delivered to their office by Purdue as per the court order. After meeting with US Attorney John Brownlee (Jake McDorman), Rick and Randy are discouraged about their chances of success and are left wondering how they can ever catch up to Purdue.

Back in 2000 at the FDA, Bridget Meyer (Rosario Dawson) is looking to reign in Purdue and OxyContin. At a meeting with the watchdog agency, Bridget lays out her reasons for a reevaluation of Oxy only to be steam rolled by the uncooperative bureaucrats. Bridget is sounding a warning bell about the dangers of Oxy, but the FDA officials see the drug as a miracle for those in pain.

Meanwhile, Dr. Finnix is spiraling deep into a hole of addiction. The doctor knows that he is in trouble and tries to quit the drug cold turkey. When Billy (Will Poulter) returns to visit Finnix, the changes in the doctor are obvious. Finnix questions Billy about addiction and then proceeds to berate the young salesperson for selling poison. Furious over his own predicament, Finnix punches Billy in the face and throws him out of his office. Finnix warns Billy that if he ever comes back, he will kill him.

Betsy has an uncomfortable reunion with her ex-girlfriend Grace (Cleopatra Coleman). Telling her that she is only passing through town, Grace leaves money for Betsy, which Betsy proceeds to use to fund a drug trip to Florida, where it is easy to buy Oxy at pain clinics. 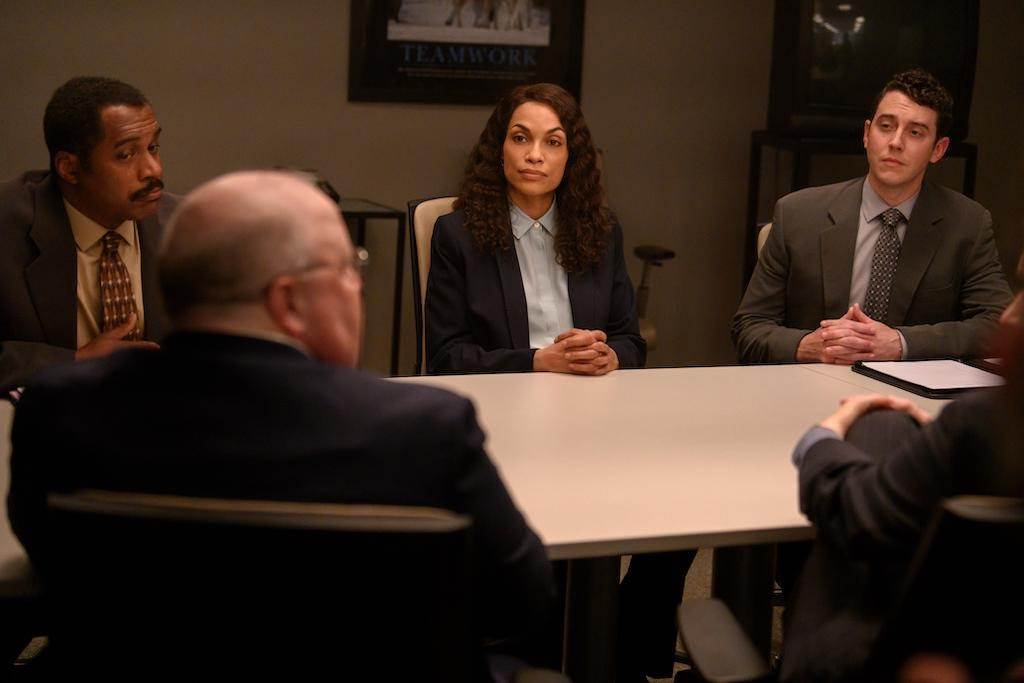 Rick and Randy are digging through a mountain of paperwork supplied by Purdue, but they have a theory. The pharmaceutical company quoted a New England Journal of Medicine ‘study’ to help support their quest to eliminate chronic pain. Rick and Randy learn that the study quoted by Purdue, wasn’t a study at all. The basis of their campaign to eliminate pain is rooted in a letter to the editor of the New England Journal of Medicine.

Betsy comes home to find her family with Grace holding an intervention for her drug use. Overwhelmed by the actions of her loved ones, Betsy agrees to go to an addiction meeting only to be sold OxyContin in the bathroom by another attendee.

The tentacles of Oxy continue to destroy lives as we watch Dr. Finnix meet with the local drug dealer. Informed by the dealer that he should try crushing the oxy and snorting it, Finnix returns home and gets high. Hallucinating his dead wife, Dr. Finnix is left to dance the night away alone high out of his mind.

Episode four is a lot to take in as a viewer. One on hand we see our favorite characters Dr. Finnix and Betsy spiral out of control, but we see some hope for the future through the case Rick and Randy’s are building against Purdue.

Kaitlyn Dever and Michael Keaton are nothing short of heartbreaking in their performances. Watching how each actor brings their characters' experiences to life is just a snapshot of what thousands experienced in real life. Betsy and Dr. Finnix are good people who have been swallowed into the OxyContin sinkhole. In Dever and Keaton’s performance we see an unrelenting struggle to survive. This episode alone is the proof that Dever and Keaton will be on the awards circuit in the coming year.

While the struggle of the common people is chronicled, we also see how Purdue is willing to go to extreme lengths to maintain the sales of their drug. It is shocking that a letter to the editor is the basis of Purdue’s ‘scientific study’, but corporate greed knows no boundaries.