American Horror Story: Double Feature wrapped up its dual-story season with a wild finale. Up to this point, the four-episode alien-focused second story of this season has taken us through a story that has weaved itself through American history, while also introducing us to some new characters in present day. The finale connects the two stories while also cramming in a bunch of wild twists and turns. 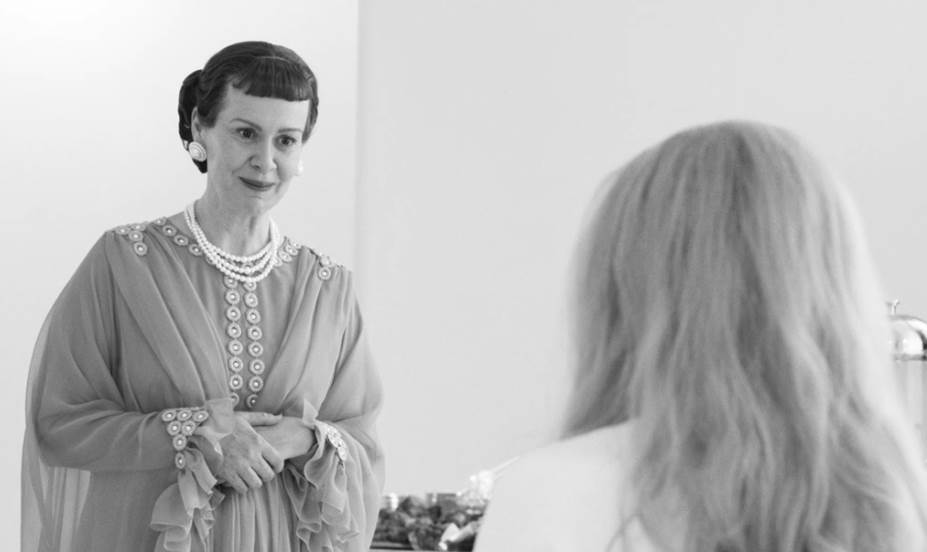 The finale opens with now President Nixon having an argument with Val regarding the Vietnam War, which it turns out the aliens have orchestrated as a way to distract Americans from their experiments. Val tells the upset president that they are aiming to have the first perfect alien-human hybrid by the year 2021. How convenient. Before leaving, Val gives Nixon a sort of roundabout threat. A man in the office with Nixon begins to pat his eye with a handkerchief and leaves the office. He stops at a mirror and we see that he his hiding some reptilian features. It appears they’ve decided to throw in a pretty wild twist in the very last episode.

Ike, now old and sick, lies in a bed watching the news on TV. He tries to explain to Mamie that a race of reptilian people have been living among them for years and the aliens know about it but they’ve been keeping it quiet because they don’t want humans to know they have competition. Mamie brushes the conversation off.

Jumping ahead in time, Ike’s health has gotten worse and it appears he is near death. Mamie cares for him when Val enters and offers to take Ike to Area 51 to heal him. Ike rejects his offer, still regretting ever signing their agreement. Ike dies after uttering the words “you two deserve each other.” Mamie says to Val that she will not end up like Ike.

Jumping ahead again to 1972, Nixon speaks to a man about how he believes the aliens are trying to kill him. We then get an alien explanation for Watergate as Nixon orders the man to break into Val’s office there to find out what he has planned. The explanations for the major moments in American history throughout this story have been both fascinating and hilarious. It even goes a step further as Mamie plays the role of Deep Throat in the Watergate scandal. 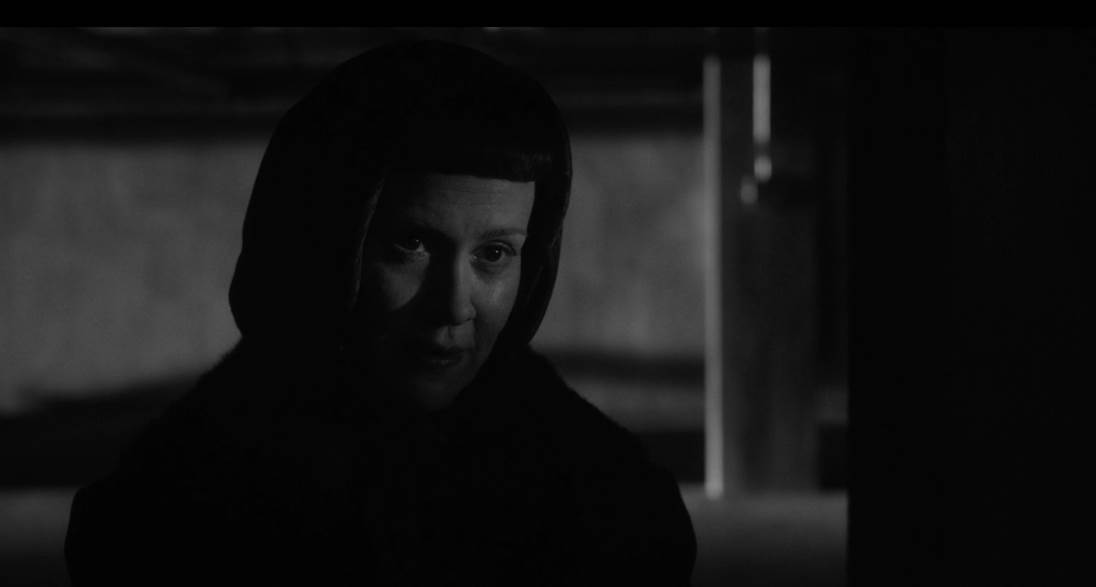 Mamie meets with Val and explains that she has been acting as Deep Throat to get the story out there that Nixon was after the democrats so as to not expose the presence of aliens. They want Nixon out of office before he can expose them himself but Val refuses to kill him because too many politicians have been mysteriously killed recently.

Nixon speaks with Henry, the reptilian alien in disguise and hints that he plans to tell everyone about the aliens. Henry seems in a rush to get out of the room as soon as the topic comes up. Nixon is then engulfed by a white light and approached by an alien. We then cut to his resignation speech, which Val reveals to Mamie that he wrote for him. Mamie tells Val that it’s time for her public “death” before she “lives forever.”

Jumping to 1979, Mamie and Val arrive at Area 51 while a news report of her death plays over the radio. Mamie enters her new home and meets Calico in the familiar cafeteria. The two become fast friends as they’ve accepted this as their new home.

Jumping back to present day, some kind of military team moves through the halls of Area 51 as an alarm sounds. They enter the room of Jamie and Kendall, startling them but leaving without giving them any information. They then enter a room where Mamie is staying, and we see her looking exactly as she did in 1979. She demands information from a soldier, who lets her know that someone has been killed.

The soldiers find the bodies of Cal and Troy on the moon landing set and are quickly ambushed by the alien that killed them. The alien takes down one of the soldiers before they kill it. The lead alien enters and tells the soldiers killing the “child” was excessive. On her way out, she orders another team of soldiers to kill the first team. 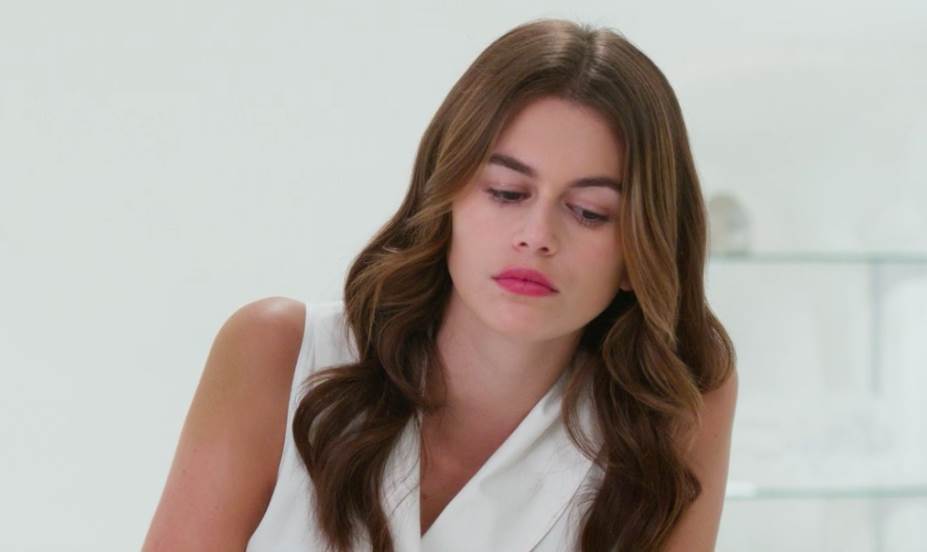 Kendall and Jamie enter the cafeteria, which is now swarming with soldiers, but they don’t see their friends. They go to Calico for information, who tries to convince them there is no way they can get out of there. The girls head to the moon landing set looking for their friends and instead find their bodies and the bodies of the soldiers.

The alien arrives as they begin to experience “labor pains,” and se puts them to sleep. The girls wake up strapped to chairs and the alien enters to let them know that their babies are almost here. Jamie’s baby comes first and the aliens kill it and then kill Jamie.

Turning to Kendall, the alien lets her know it’s time to have her baby. To Kendall’s surprise, the alien approves of the new baby. The alien says Earth is finally their home and places the baby in a different kind of tank. The alien then turns back to Kendall and cuts her head off before ordering others to attach some kind of machine to her body, calling it “the perfect breeding machine.”

Mamie celebrates her birthday in the cafeteria with Calico. The two have a conversation that is interrupted when another table of captive people begin to celebrate the birth of the first successful hybrid. Mamie meets with Val, who confirms the news and tells Mamie that they plan to clone the breeder so that they can repopulate the Earth without humans. Mamie is shocked by the news but Val informs her that she and certain other people will be spared in honor of what they have done for his species.

Mamie tells Val Ike told her about another race of aliens and Val confirms that he was right about that. Val informs her that they will share the planet with the reptile aliens because they have technology they need and humans do not. Seems like kind of a waste of this twist they’ve added.

Mamie meets with the lead alien, whose name we learn is Theta. Mamie tells Theta she wants to see the hybrid and deserves to because her husband helped make this possible. She finds the baby beautiful but is disgusted at the thought of humans being used as machines to breed this new species. She says Ike would have never agreed to the end of the Human race, which confuses Theta. Mamie gethers that Theta doesn’t know the plan and tells her that “they” are going to take the planet for themselves.

Mamie talks with Calico in the cafeteria again and explains everything. She tries to convince Calico that they can fight back and could threaten them with taking out the baby and its mother. They meet with Theta about this plan and question whether or not they want to go through with it. Eventually, Mamie takes charge and goes to kill the baby herself but Theta stops her before she can. Theta turns on Mamie and says her human side is her greatest shame.

Mentally frozen, Mamie begs Calico for help. Theta tells her to make her choice and Calico tells Mamie it’s time to step aside and let someone else have a chance with the planet. Theta kills Mamie and Calico serves as her assistant for the birth of another perfect hybrid.

Throughout this second story, the story set in the past was very enjoyable while the story in present day was messy and disjointed. The finale was no different, except that the mess bled a bit into the good parts as well. The decision to add this reptilian twist to the finale seemed as though it was thought up at the last possible moment and never really worked in the story. It was a mess of a conclusion to this story, which is unfortunately kind of fitting for what American Horror Story: Double Feature was as a whole.

You can watch all 10 episodes of  American Horror Story: Double Feature on Hulu now.