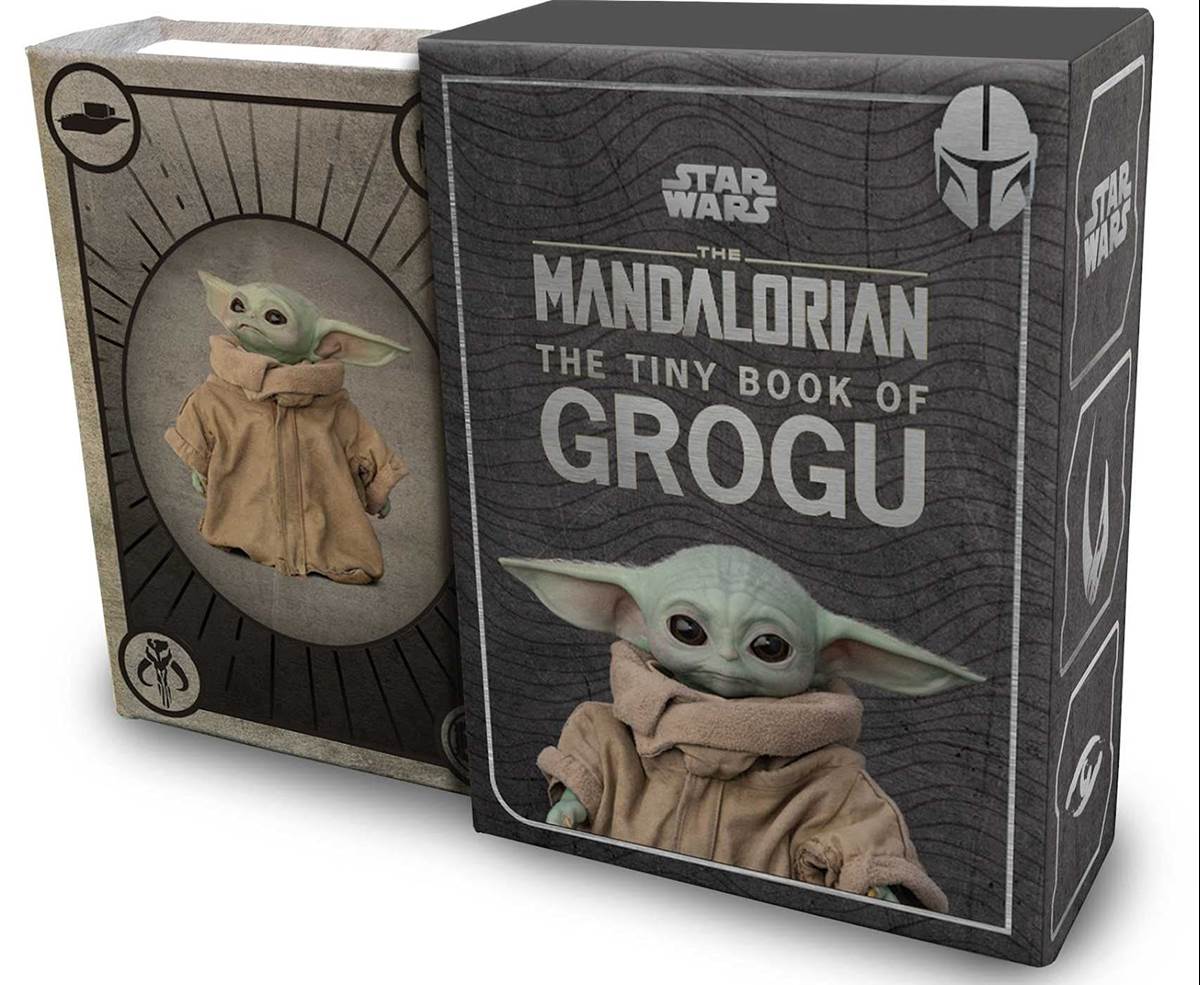 We may be getting The Book of Boba Fett on Disney+ before the New Year, but if you know anyone who’d enjoy a stocking stuffer about the adorable character formerly known as Baby Yoda this holiday season, Insight Editions has just published the book for you.

Star Wars: The Mandalorian – The Tiny Book of Grogu is pretty much just that– a little book (measuring a little over two inches tall and an inch and a half wide) all about our favorite Force-using, nap-taking, button-pressing, macaron-eating friend whose species we don’t quite know the name of yet. There are actually quite a few pages stuffed into this tiny little package, and each of them features either a still frame, concept artwork, marketing material, or a quote from the first two exciting seasons of Lucasfilm’s smash hit live-action Disney+ Star Wars series The Mandalorian. As you flip through this matchbox-sized tome, you’ll hear from Din Djarin, Greef Karga, IG-11, Cara Dune, Migs Mayfeld, Moff Gideon, Ahsoka Tano, and even the Client as they give their thought on Grogu during his adventures around the galaxy. The artwork and images are all very nice looking, and though most of it has been available previously via other books like The Art of Star Wars: The Mandalorian, it’s still neat to have it in such a unique size. 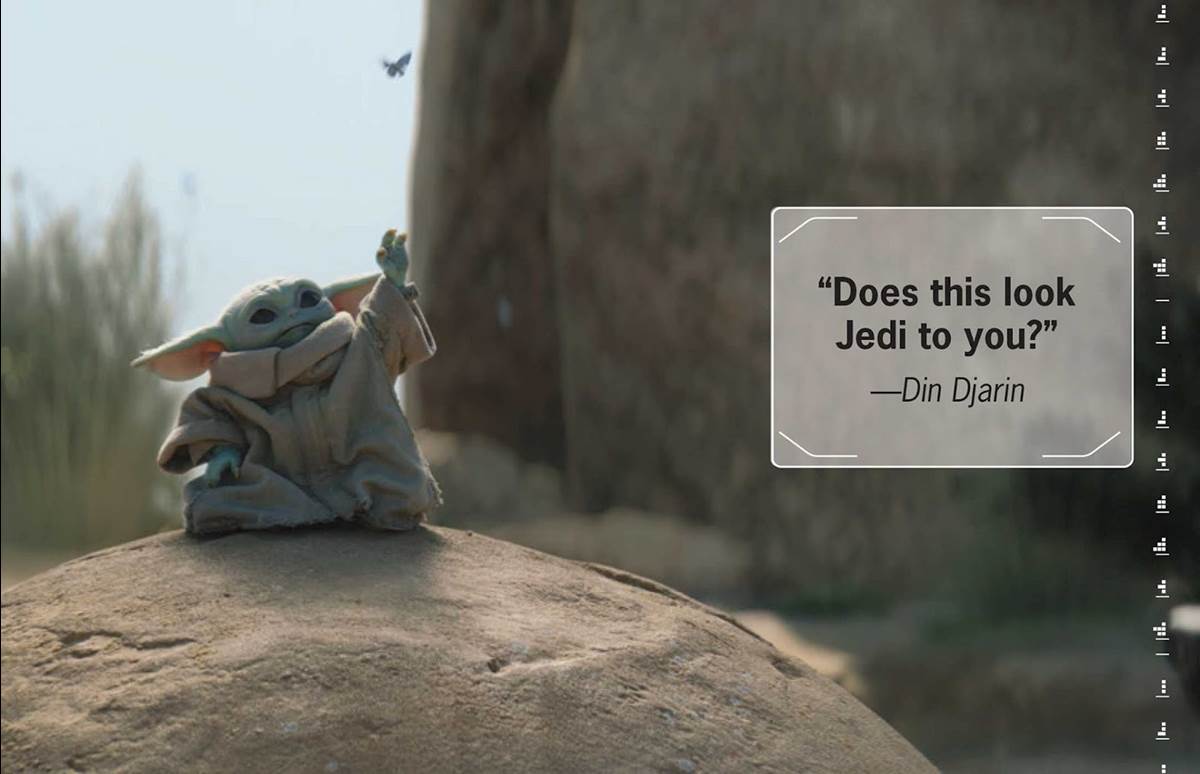 There’s not a whole lot else to say about The Tiny Book of Grogu, except that I could see it making a fun gift for more casual fans of The Mandalorian who might not want to make room for the larger coffee-table books documenting the behind-the-scenes process of making the series. At $10 retail price, it’s a cute little keepsake that will put a smile on the face of any Grogu devotee, and after experimenting around the house I found that there are a couple Grogu toys out there that are actually able to hold this book in their hands themselves. Star Wars: The Mandalorian – The Tiny Book of Grogu is available now wherever books are sold.