Okay. Full disclosure. I’m normally a fan of sidekick characters in the films of Walt Disney Animation Studios. In fact, a meerkat from 1994 is often my answer to “Who is your favorite Disney Character?” However, one sidekick character that quickly burned out for me, personally, was the song and dance snowman who mysteriously came to life in 2013’s Frozen, Olaf. 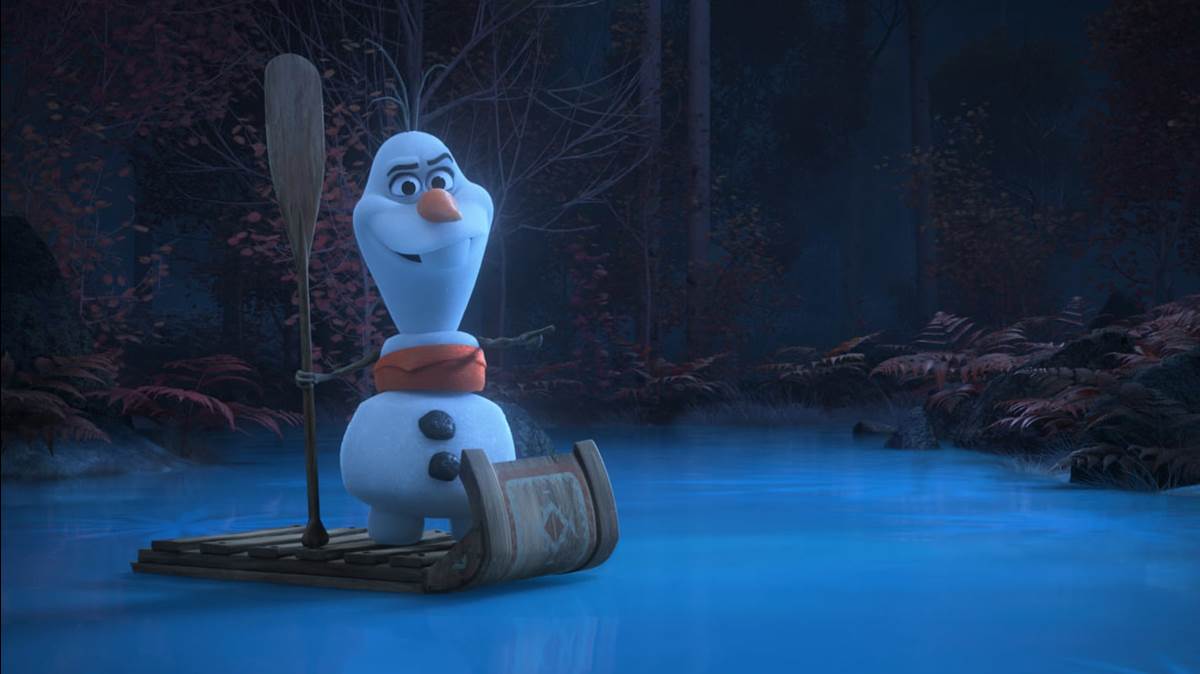 While I had to grin and bear it and be subjected to the film time and time again, especially where I am in Orlando where the parks were quick to jump on board the surprise mega-success of the film, and the takeover of Frozen content in Disneyland’s 60th anniversary out West, there was a certain level of respect I had to give since the movie did so well…but I couldn’t get past the snowman.

Of course, the inevitable sequel showed up, and Frozen 2 hit theaters and maybe didn’t recapture the mega-success of the original, but gave the world more Olaf. In it, aside from the meme that was born out of “Samantha?!” there was also a throwaway gag where Olaf retold the events of the first film in an almost quick-cut stage play for the new characters of Frozen 2. The internet went crazy. This was, clearly, the greatest moment in the whole of Walt Disney Animation history. 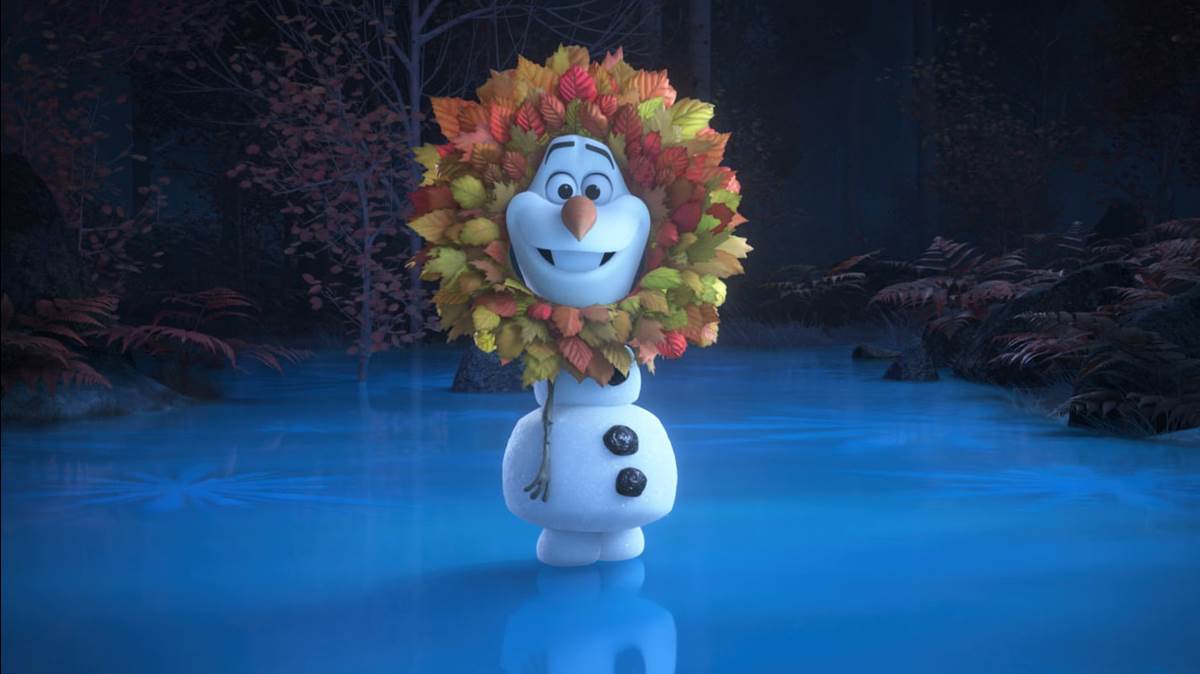 Now, I know I’m not the target demographic for this character. I myself was not the one crying out to the world for more Olaf (quite the opposite actually), but some out there clearly were. What we got was Olaf Presents, a new series of shorts based entirely on the single joke in Frozen 2 where Olaf retells the story. Josh Gad returns to voice the character, however, this time, he is telling the stories of five classic films from Walt Disney Animation Studios. Moana, Tangled, The Little Mermaid, The Lion King, and Aladdin. Which also begs the question, how does Olaf know these stories? Based on Frozen, we still don’t technically know how he came to life aside from Elsa’s powers, but we never get an answer as to how she created LIFE. But I digress. Is he an all knowing snowman, similar to the Genie in Aladdin who can turn into celebrities of the era? Are these stories all connected in some massive fan theory and now Olaf Presents will be the connection point? If you look beyond that kind of thing and if you like Olaf and that joke from Frozen 2, you’ll really enjoy Olaf Presents. Each entry goes through the story of each film in about two minutes or so, and uses other characters from the Frozen series to help tell the tale. It isn’t just Olaf who makes an appearance. Look out for Sven, typically as the stand-in for the love interest in each story, if applicable. It’s Marshmallow who actually steals the show whenever he appears, especially in the Aladdin entry as the Cave of Wonders. 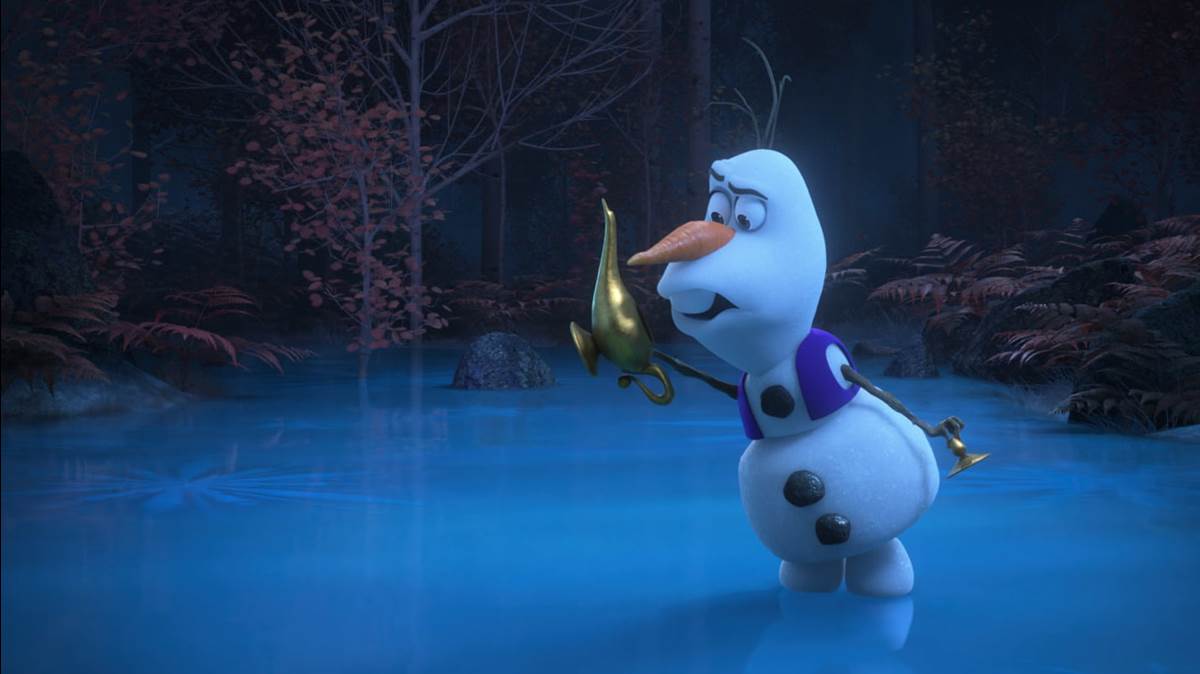 For me personally, the only truly laugh out loud moment featured Sven in the Moana entry. If you recall the real film, when Maui gets his hook back, he transforms into multiple creatures and in a blink-and-you’ll-miss-it easter egg, he transforms into Sven from Frozen. While Olaf is doing the similar transformations in Olaf Presents, Sven once again appears between the “transformations” staring silently at the audience for a moment, as if to say “Get it?” I know others have found aspects of the Tangled entry hilarious, especially when it comes to Flynn-Olaf’s “Smolder,” which I’d actually credit to the animators of the sequence for its brilliance. 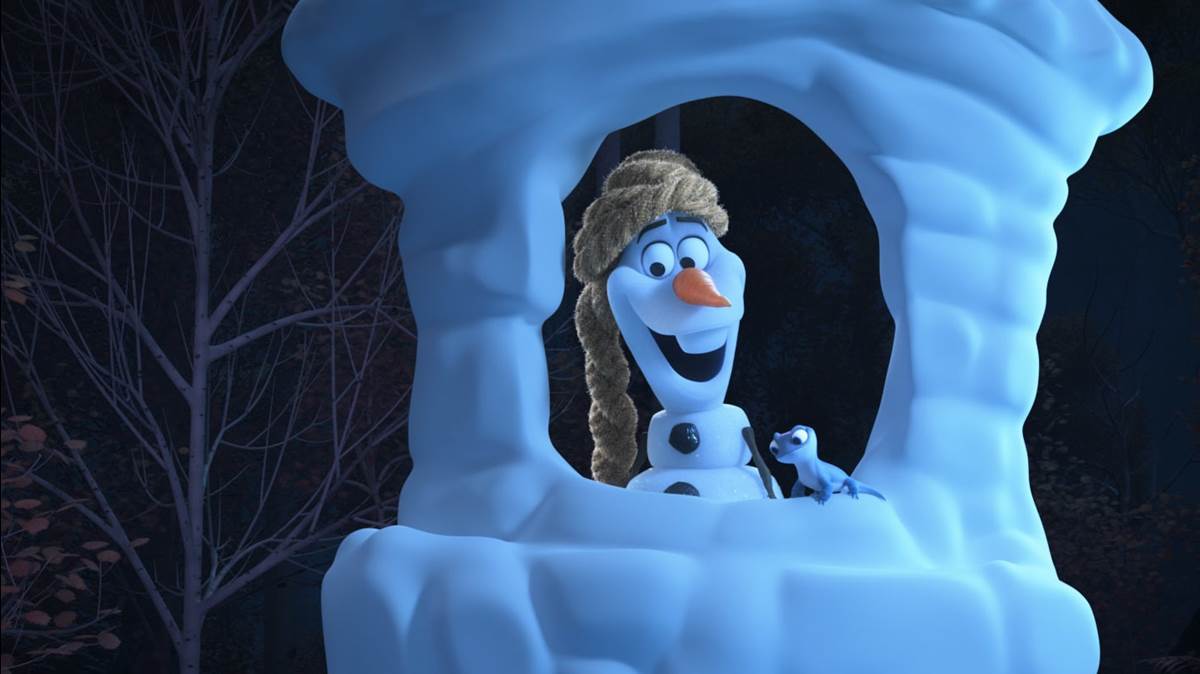 I will also give HUGE amounts of credit to the animators of this series for taking Olaf’s design and morphing it in so many unique and different ways to resemble the other characters of the movies being retold. In only about 12 minutes of content, I was stunned numerous times in the cleverness of how they pulled it off in various ways, whether it be Olaf-Jafar as a snake, or when Olaf-Ariel gets legs.

Overall, these shorts are NOT for me. These shorts are for the kids and adults who absolutely love Olaf and they will likely absolutely adore these shorts and find them charming and just a lovely little treat where they see their favorite character “perform” these other Disney movies they know. And while the “Season 1” tab on the selection menu for me was foreboding, everyone else will see it as hope for more in the future.

If you choose to indulge the new Disney+ offering, you’ll have the choice of watching each story individually or together as a compilation. If you choose the compilation option, you are once again treated to that scene from Frozen 2 where this all began, and then all five shorts. I foresee this being the chosen option for parents and kids. If you can, my advice would be to take them one at a time and actually enjoy them on an individual basis, or get ready for 12 solid minutes of that same joke from Frozen 2 six times over.

Fans of the character and the Frozen franchise will surely give this at least 7 out of 10 fake snowball abs on Olaf-Jafar.