Visitors From Every Universe: Breaking Down the “Spider-Man: No Way Home” Trailer

The Spider-Man: No Way Home trailer is finally here and it is loaded with characters from past Spidey films. While we may not have seen some of the big names fans have been looking forward to seeing, we did get a glimpse at some returning villains! Let’s take a closer look at some of the details of the new trailer. 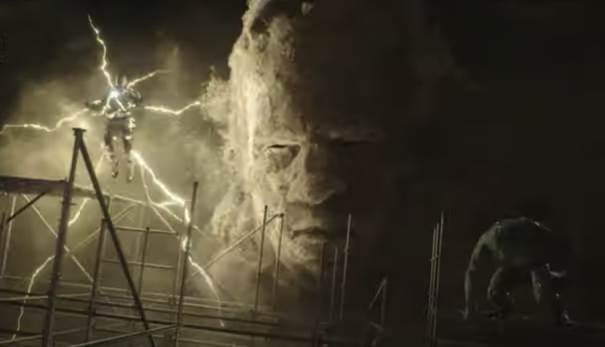 The trailer opens with a conversation between Peter and MJ, in which he tells her the only time his life has felt normal is when he told her who he was. Peter then meets with Doctor Strange, and that’s where things start to go crazy. Strange tells Peter than when he botched the spell that would make everyone forget he was Spider-Man, which we saw in the teaser, they started to get visitors from “every universe.” 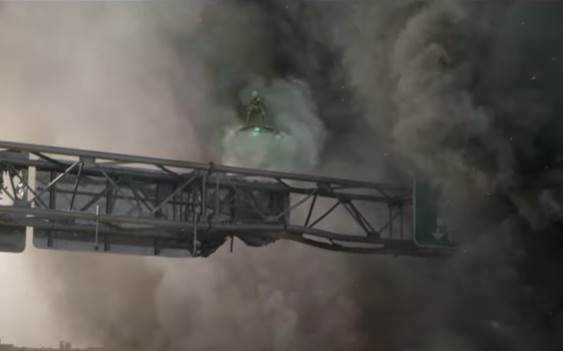 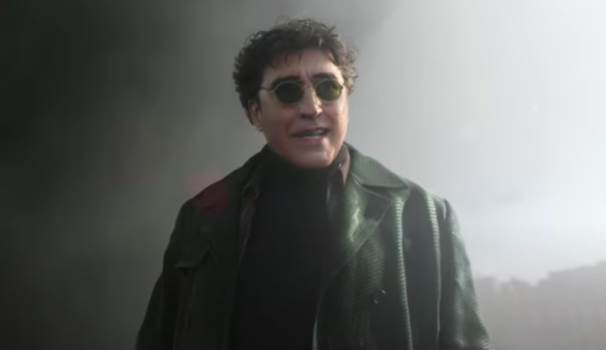 We then get a glimpse of the Green Goblin and Doctor Octopus as they were seen in Sam Raimi’s first two Spider-Man films. Of course, we also saw Alfred Molina reprise his role as Doc Ock in the teaser, but we still aren’t sure who is playing Gobby, though the voice is certainly very close to that of Willem Dafoe.

Doc Ock and Spidey have a brief fight before Ock realizes this isn’t the Peter Parker with which he is familiar. Spidey seemingly captures Octavius and puts him in a cell, where he, MJ and Ned question him and laugh at his name. 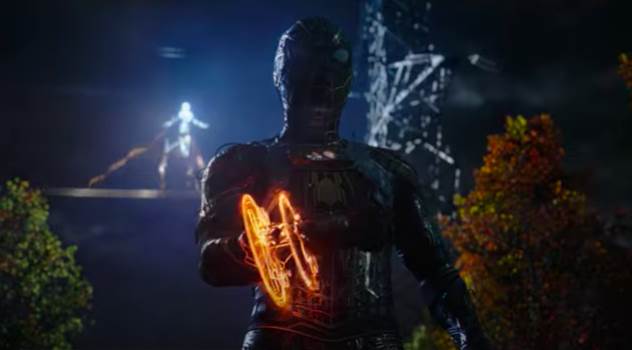 We then get a look at Spidey’s Strange suit, which seemingly has some mystical abilities. Meanwhile, Strange tells Peter that there are more of these visitors out there and they need to be sent back. But perhaps more importantly, we can see another returning villain behind him. We knew Jamie Foxx was set to reprise his role as Electro from The Amazing Spider-Man 2 and now we get our first look at him.

After Strange tells Peter and friends to take care of this situation, we get a quick look at J.K. Simmons, reprising his role as J. Jonah Jameson. Though this does bring into question the possibility of him being from another universe as well. 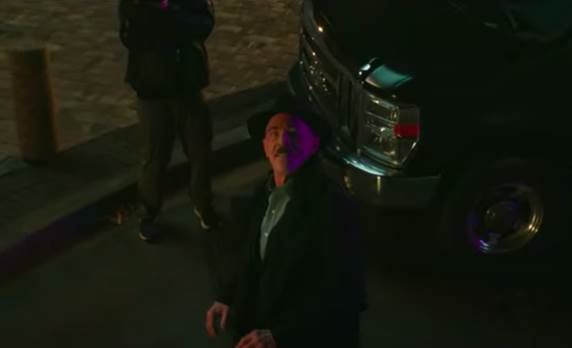 After a quick look at Electro wreaking havoc through the city, we hear Doc Ock’s voice telling Peter he is fighting “ghosts.” When Peter questions him, Strange explains that all of these “visitors” die fighting Spider-Man. Strange tells him it’s their fate but Peter can’t accept that and he tries to save them, leading to a brief altercation with Strange.

We see several quick action shots as Peter pleads with Strange that there has to be another way, which Strange shuts down. We see Aunt May running, more of the fight with Doc Ock and more of the scuffle with Strange before getting our best look yet at Electro, who is sporting a new look. 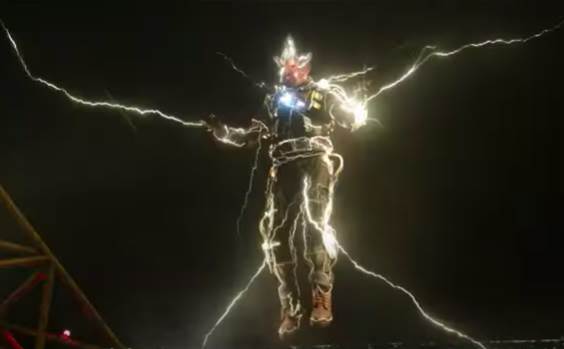 We hear a voice that sounds an awful lot like that of Dafoe tell Peter that he is “struggling to have everything he wants while the world is trying to make him choose,” calling back to the first of Raimi’s Spider-Man films. We also get a close up look at Gobby himself. 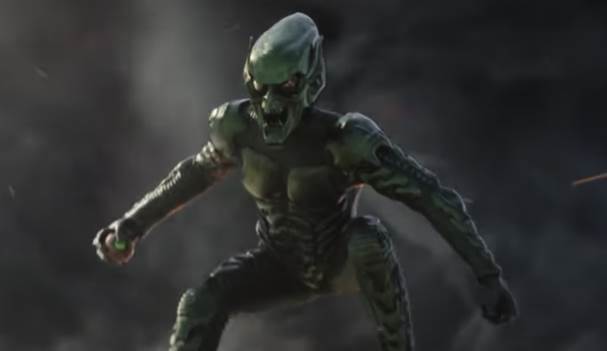 A few more quick action shots give us our first look at Happy Hogan, before we get a look at Electro and two other familiar villains – Sandman and the Lizard. Peter tells MJ that this is “all his fault” and that he “can’t save everyone.” He then leaps into battle against the three villains.

Interestingly, Strange mentioned that all of these “visitors” died fighting Spider-Man. That is not the case for Sandman however. He walked away at the end of Spider-Man 3, so either they’re telling us something happened after the events of that film or something else is happening to bring more “visitors” to their universe. 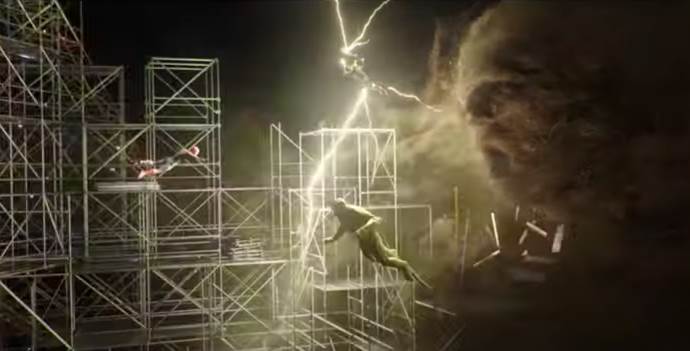 After the battle seemingly causes part of the Statue of Liberty to collapse, MJ falls from some scaffolding and Peter tries to save her. We get a shot of his hand reaching out for hers as she falls. The whole thing is very reminiscent of the death of Gwen Stacy from The Amazing Spider-Man 2, an event that is also a pivotal moment in Spider-Man’s comic history. 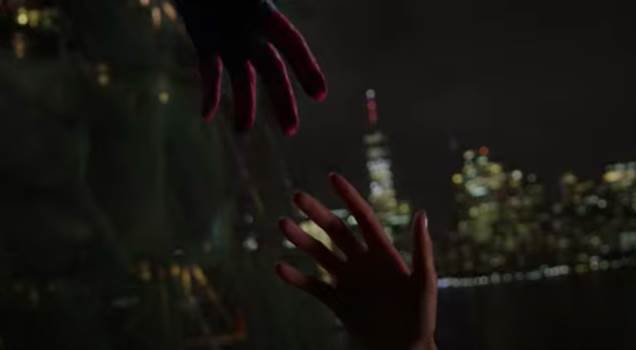 After the logo, we get one last scene, during which Peter and Strange stand atop the Statue of Liberty and Strange explains that “they’re starting to come through” and he tells Peter he can’t stop them. Could this be the moment in which the multiverse is fully unleashed on the MCU?

Finally, the trailer lets us know that tickets for the upcoming, highly anticipated movie will be available November 29.

Spider-Man: No Way Home will swing into theaters December 17.