Event Recap — Double Victory: A Conversation with Relatives of the Tuskegee Airmen

Recently, I was introduced to the documentary Double Victory, which came out in 2012. Double Victory focuses on the entire story of the Tuskegee Airmen and their journey, from its conception all the way to what doors they opened for the men and women of color in the armed forces today. The reason why I’m focusing on this is the Walt Disney Family Museum is currently doing an exhibition on World War II and was holding a special conversation with the producer of the documentary Sharon Wood, editor Joe De Francesco, and two of the original Tuskegee Airmen's relatives Miki Woodard and Phillip Tibbs.

For me personally, the story of the Tuskegee Airmen is nothing new. Growing up, I had a Tuskegee Airmen G.I. Joe. My family showed me films on the airmen, so I was pretty knowledgeable about who they were in history. However, in Double Victory you hear some of the individual stories, which are extremely interesting. World War II is one of the most fascinating wars in my opinion and this is a part of that war that gets overlooked often. Some of the stories that were told in this documentary were incredible!

Of course, the Tuskegee airmen dealt with racism as they were the first men of color to fly in the United States military. However, to hear just how bad it actually was is upsetting. During the conversation with the film’s editor Joe De Francesco, he recalled a story that was told in the documentary where one of the airmen said, during their time overseas, there were Nazi POWs that had more freedom than the black American soldiers. The Nazi prisoners could go into more places than the black soldiers could. Just to learn that prisoners of war had more freedom than American soldiers really gives you a sense of what they were going through.

Miki Woodard recalled cleaning out her grandparents house and discovering her grandfather's flight notes when he was learning how to fly, all of which were in pristine condition. Another story that Miki Woodards told was when her grandfather was shot down over enemy lines. He managed to survive by parachuting out of his plane, which at the time in itself was a tremendous accomplishment! However, he had lost his headset in the jump, so when he reached allied territory, he had to fly an older plane back to base with no ammunition and no radio communication. Amazing to hear such stories that you would only hear from the men and women who lived it.

The film Double Victory was made in connection with the 2012 film Red Tails. While Red Tails only tells the story of one particular mission, Double Victory was made to tell the whole story — and the individual stories of the men who lived it. Phillip Tibbs, whose father was a Tuskegee airmen, told us that,  20 years prior, George Lucas spoke at a convention and expressed his interest in making a movie focusing on the airmen. Of course, the way Hollywood works, projects often get shelved for later dates. It wasn’t until 2012 that the ball got rolling and, while that film was in development, Lucas tapped Sharron Wood on the shoulder and asked her to work on Double Victory, and the rest is history. 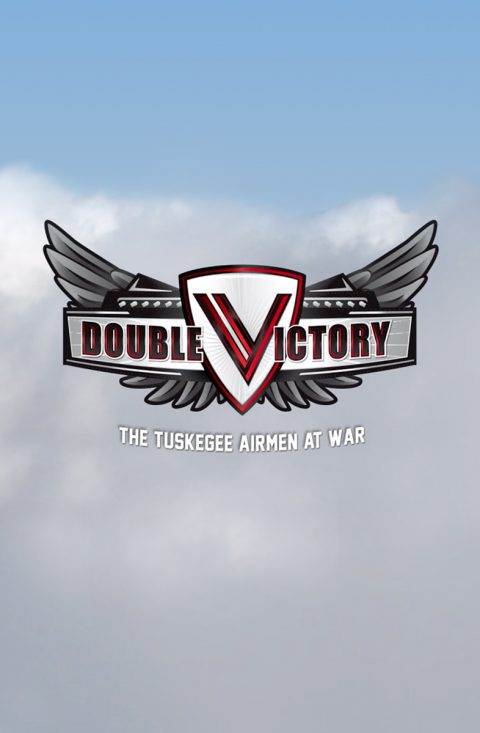 Of course, November 12th was Veterans Day and Joe De Francesco — a Vietnam veteran himself — said something in the conversation that made a lot of sense. He said you thank these men (the Tuskegee Airmen) for their service but what they did for this country and the armed forces was huge. Thanking them for their service doesn’t feel like enough. Now, that’s not a direct quote but that was the gist of what he said and it’s true. These men and women opened so many doors for people of color in the United States Armed Forces. Their courage wasn’t needed just on the battlefield but on their own doorstep, and that makes them braver than most.

You can watch Double Victory currently on YouTube and Red Tails is streaming on Disney+. You can also see the World War II exhibition at the Walt Disney Family Museum in  San Francisco California.