For many years now, I’ve been a huge fan of Joffrey’s Coffee & Tea Company, the official coffee roaster of Walt Disney World and Disneyland. Joffrey’s became Disney’s go-to coffee partner in 2013, and immediately kiosks began to pop up at all four Walt Disney World theme parks. When The Landing area of Disney Springs opened, Joffrey’s also got a flagship storefront. I have always found their coffee to be extremely delicious, from the caramel-filled taste of their Shakin’ Jamaican Cold Brew, to the strong taste of their espresso. A cup of joe from Joffrey’s is a must do for me every day of my Walt Disney World trips.

Disneyland was also included in this partnership, and restaurants around the Resort began serving hot Joffrey’s coffee. Select locations, such as Jolly Holiday Bakery Cafe and The Coffee House at the Disneyland Hotel have served some variations of specialty Joffrey’s Coffee, but nothing quite to the level of what can be found at the Walt Disney World kiosks. Unexpectedly however, things have now changed… 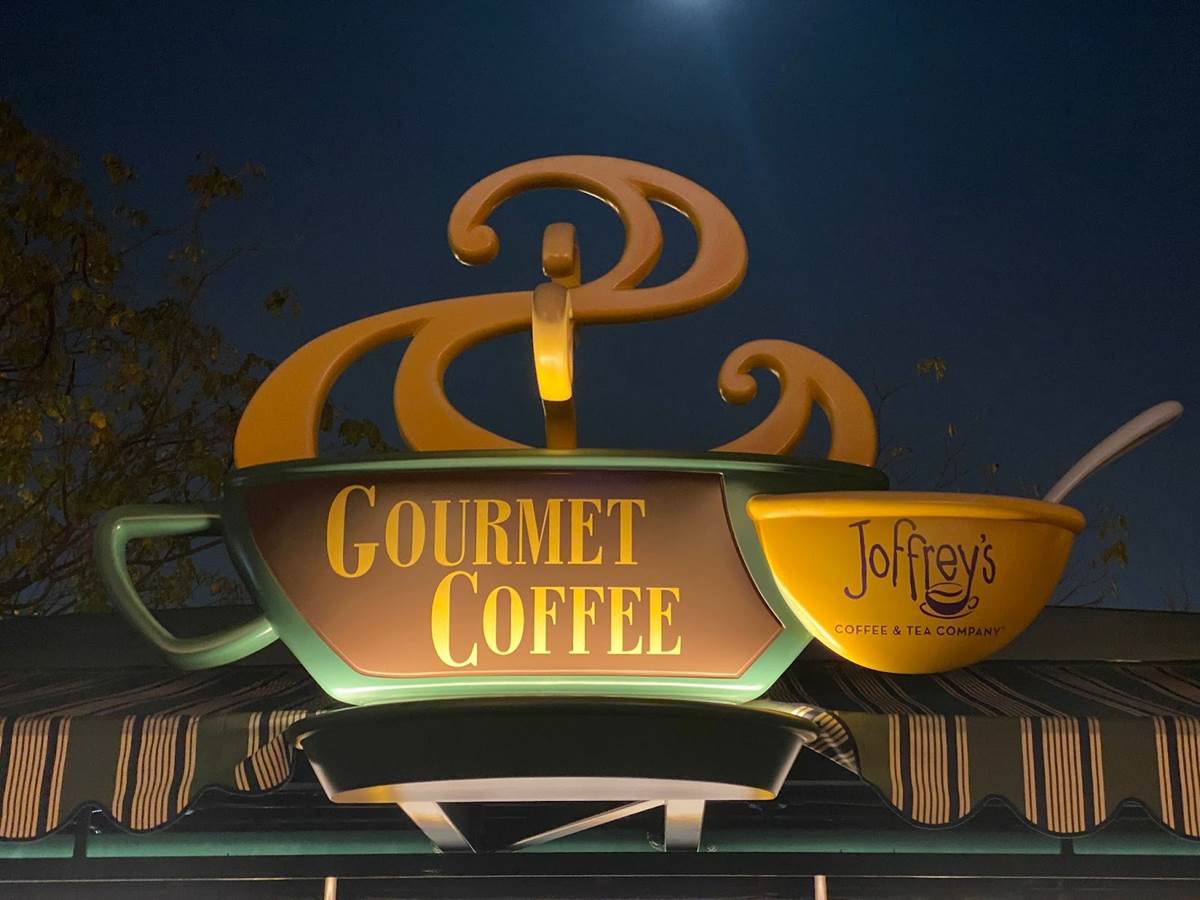 That’s right, the Disneyland Resort finally has a fully fledged, Joffrey’s-branded coffee cart! It’s located across from The Little Mermaid: Ariel’s Undersea Adventure in Disney California Adventure, at what was previously an unmarked Cappuccino Cart. The cart offers mostly everything you can find on the East Coast, including specialty lattes and mochas, the delicious seasonal Pumpkin Crème Brûlée Cold Brew, and even alcoholic options. Sadly, the only thing missing seems to be the giant donuts.

So now that California Adventure has a Joffrey’s cart, could we see more pop up at the Disneyland Resort? There’s a former information booth in the Esplanade that is now a Disney Vacation Club stand, that I always thought would make an excellent location for a Joffrey’s. A good pick-me-up for walking back to the parking structure or for starting your day. 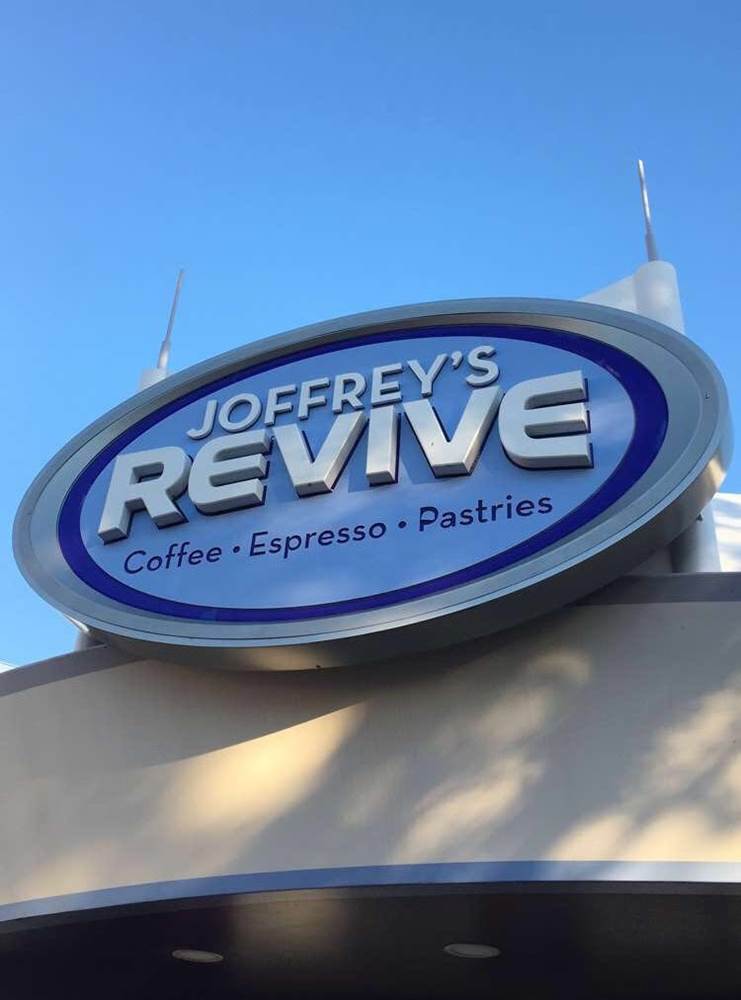 There’s plenty of space to put in a good sized Joffrey’s cart in Tomorrowland. Perhaps that way we can get the specialty Mission to S’mores latte (of course referencing the extinct Mission to Mars attraction).

As the self-proclaimed #1 fan of Joffrey’s Coffee & Tea Company, I for one am excited by the expansion of the Joffrey’s name. In fact, this isn’t their only recent expansion. Earlier this year, they opened a flagship store in midtown Tampa, Florida, offering everything you can find at Walt Disney World, in addition to a couple of drinks unique to that location and even some food offerings. 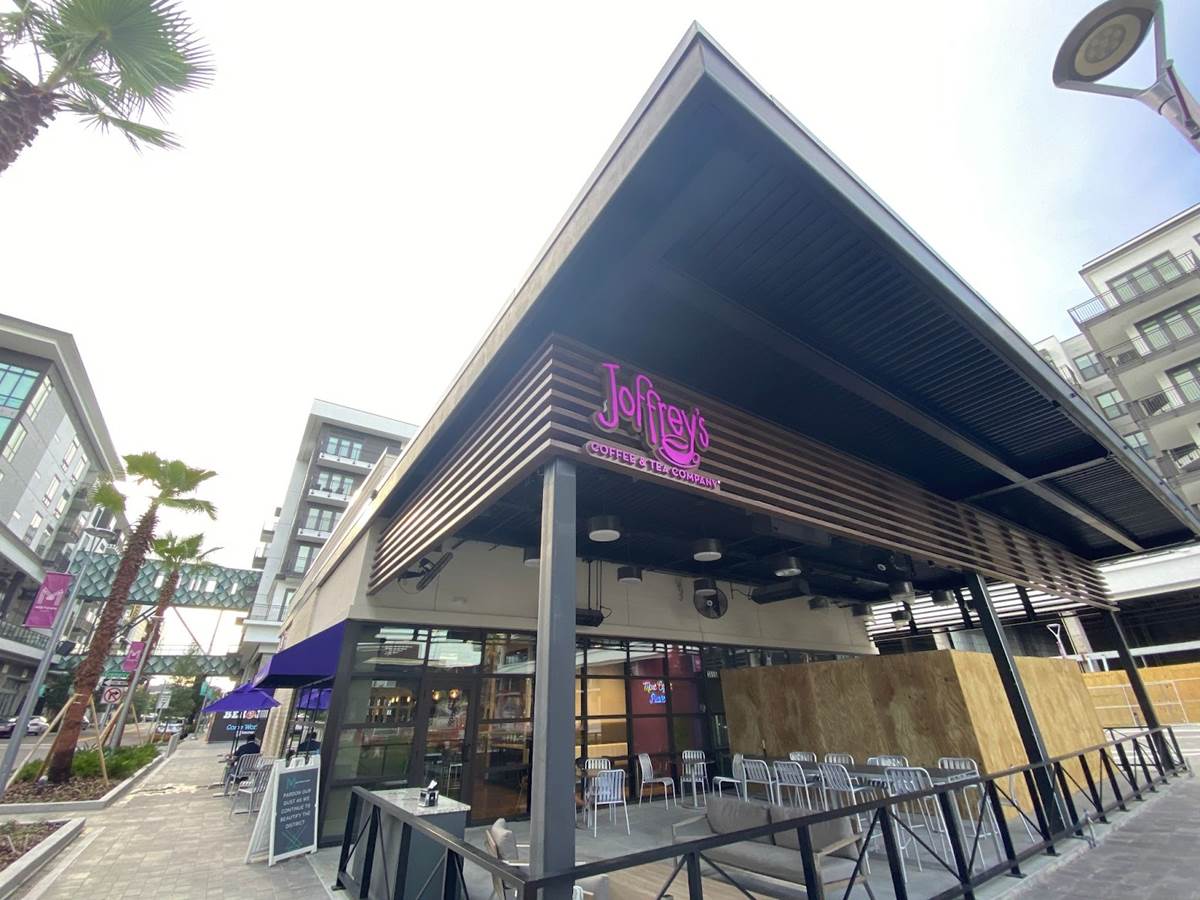 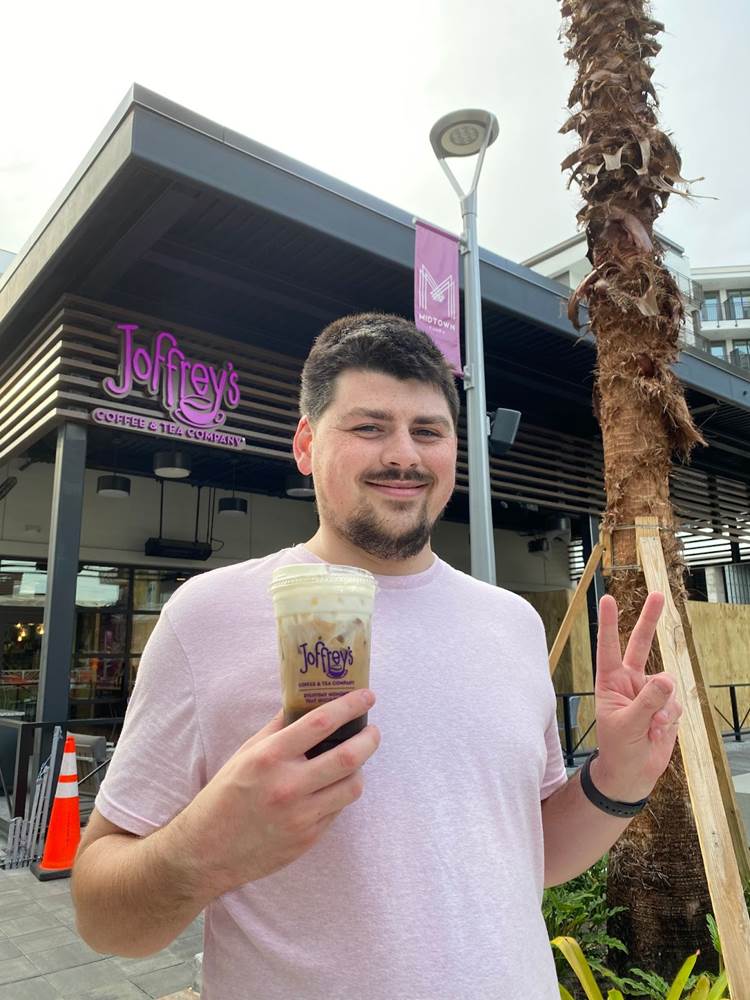 If you can’t quite make it to either Resort, you can purchase Joffrey’s Coffee through their website, including roasts used at various different Disney hotels, a special blend for Walt Disney World’s 50th anniversary and some holiday flavors.