Guest Aubree Ochoa from “The Convor Call” podcast joins “Who’s the Bossk?” host Mike Celestino for a discussion of the 2008 theatrically released Star Wars: The Clone Wars feature film and the Cartoon Network / Netflix / Disney+ animated series that followed it, as part of our yearlong Lucasfilm 50th anniversary retrospective. Plus this week’s Star Wars headlines and more! 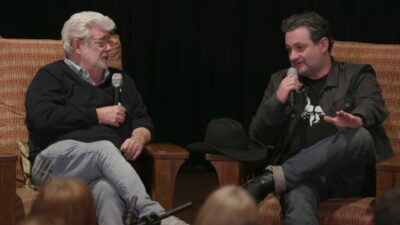