From Page to Screen: Jeff Kinney Reveals How “Diary of a Wimpy Kid” Became a Disney Animated Film

Tags: Diary of a Wimpy Kid, Disney Plus, Movies

“I was really scared to see it,” author Jeff Kinney revealed about the Disney animated adaptation of his wildly popular Diary of a Wimpy Kid book series. During a press conference about the film, now streaming on Disney+, the author explained why he was nervous about it. “Everybody has a reaction when you see something that you're familiar with and then you see a new version of it. It always feels a little bit weird and at first, it took us a while to kind of get the look of the characters down.” 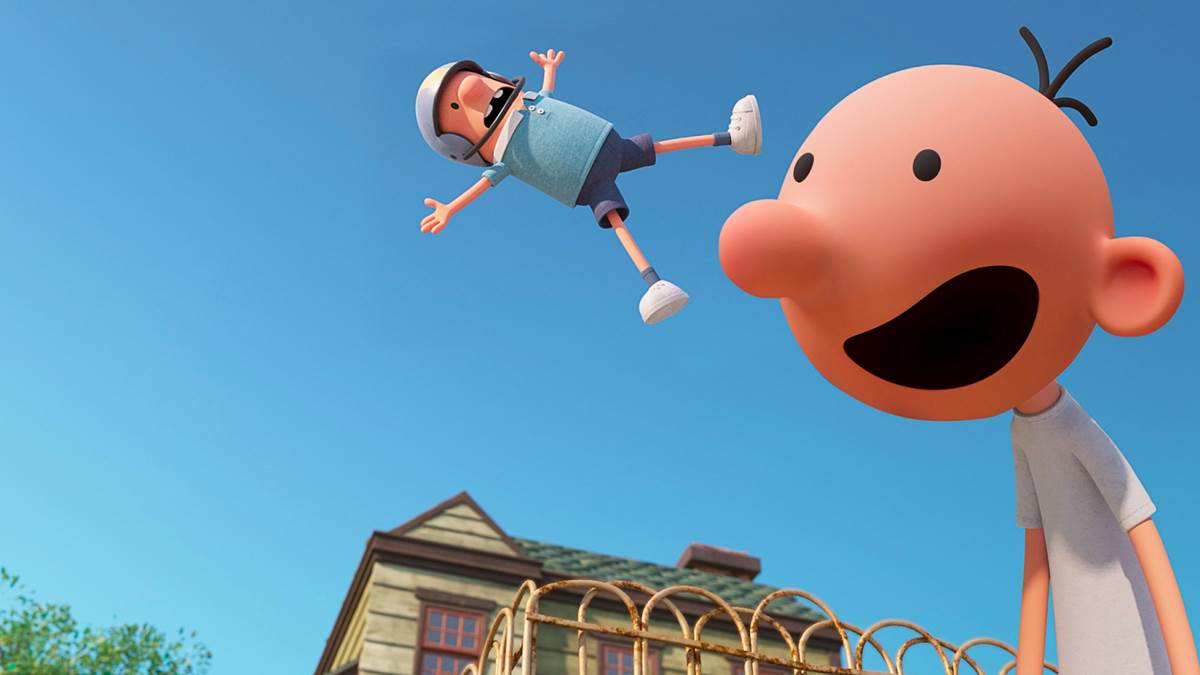 The film takes Jeff Kinney’s signature cartoon style from his illustrated books and brings them to life in a 3-D computer-generated world. “When we saw the first tests, they were all this kind of rough animatic,” the author added, who also wrote the screenplay and produced this film. “So that means it almost looks like bad '90s animation and you're like, ‘Is this how this thing's going to look?’ And then all of a sudden they put in the lighting and textures and your eyes just go pop. And that's when you say, ‘Oh, my gosh, this is actually going to be good.’ And it's such a relief.”

The film follows 12-year-old Greg Heffley as he enters middle school and documents the events in his journal. “Greg is really a version of myself, so he's making this mistake of reporting his life at a time when nobody should record their life,” Jeff Kinney joked about the character’s origins. “He's thinking, ‘One day, I'll be rich and famous.’ So he thinks he's telling his autobiography. I was a lot like Greg as a kid, I was a messy kid… I made lots of mistakes, things that I wouldn't want recorded, put on the record. And then my family members are reflected in Heffley's in some ways. My brother actually lived in the basement, just like Rodrick, and he played in a bad band. I'm sure he'd call it a good band. And then the parents are just like my parents in some ways, but everybody's sort of been put through the fiction blender, so it comes out as fiction. But everybody who watches this movie in my family, they know what I'm writing about.”

Providing the voice of Greg Heffley in the film is Brady Noon, who also stars in the Disney+ original series The Mighty Ducks: Game Changers. “I was very familiar with the Diary of a Wimpy Kid franchise, not only from reading the books, but also seeing the live actions when I was much younger,” the young actor revealed. “I really wanted [the part]. And I was even excited, not only the fact had the opportunity to audition for something this incredible, but just the fact that there was another movie coming out was the most exciting part for me. Even if I didn't get it, I was still very excited.”

Based on a book series that’s already a big hit all over the world, Disney+ seems like the perfect home for the new animated film franchise. For Jeff Kinney, the answer to why his stories have such universal appeal came to him through traveling the world promoting his books. “Everybody sees Greg as one of them,” he revealed. “If I go to China or Brazil or Israel, New Zealand, it's like, they don't think of Greg as this American kid who lives far away. They think he could be their friend or their neighbor and I think that's really cool. If you think of Greg Heffley as he's designed on the page, he's really simple. He's about as blank as a character can be. And I think that allows people to project themselves onto Greg, which is good. I think that the stories are really relatable.”

As for what comes next, Disney is already at work on a sequel. “I would love for us to make as many of these movies as we can,” Jeff Kinney concluded, with 16 books in the cannon to potentially adapt. “We're already deep into production on Rodrick Rules. And that's really exciting that we're continuing before the first one even comes out. And I think it's everybody's aspiration to make a bunch of these, because these movies are sort of like a big rite of passage story. And in each movie, Greg can grow because you grow a lot as a kid in middle school as you're going into high school. And so, there are lots and lots of stories to tell.”

You can experience the first of Greg Heffley’s journal entries in the new Disney+ original film Diary of a Wimpy Kid.