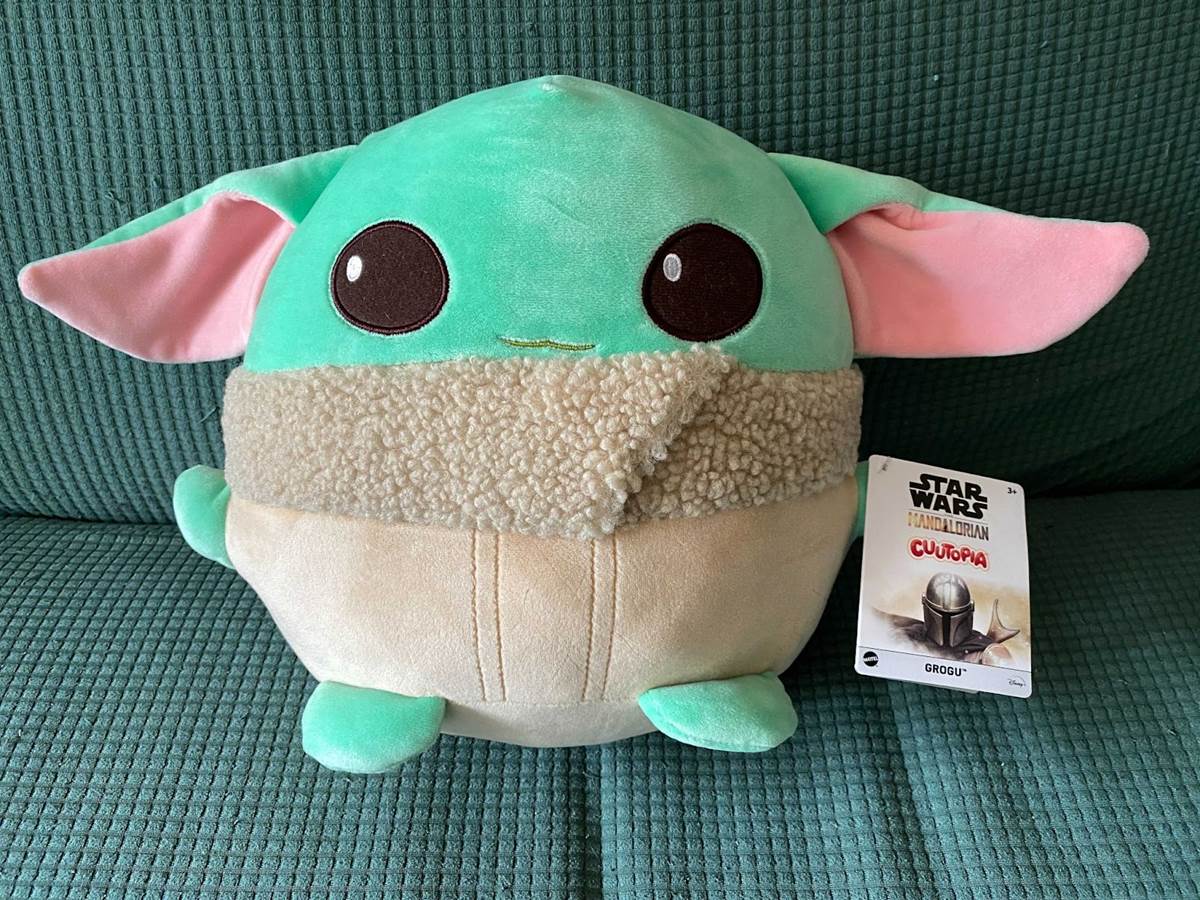 There’s no argument that Grogu (often previously referred to by the nickname Baby Yoda by affectionate fans) is the cutest thing to come out of the Star Wars galaxy since… well, probably ever. Like the other offerings from Mattel’s fun, kid-friendly Star Wars Cuutopia series, Grogu stands at ten inches tall and is recommended for ages three and up. I can just picture younglings who aren’t quite ready for hard plastic Star Wars action figures just yet having Grogu interact with other characters like R2-D2, Boba Fett, and even Wicket the Ewok– though he hasn’t met that last one yet, in-universe, but that’s okay. When it comes to imaginations running wild in A Galaxy Far, Far Away, there are no rules that can’t be broken.

Grogu is dressed in the familiar potato-sack outfit he wears on The Mandalorian, and who wouldn’t immediately recognize his big floppy ears, enormous eyes, and cute little smile? Mattel describes these plush dolls as “huggable,” and I’ll back up that assertion by saying that the first thing I did when I received mine in the mail was give it a big squeeze. He’s made of polyester, and the fur around his familiar oversized collar is fuzzy to the touch, as you’d imagine. I bet there are plenty of children out there who would absolutely love to wake up on Christmas morning to find this Grogu underneath their living-room tree… not to mention other grown adult Star Wars fans like me who wouldn’t mind displaying him on their shelves as well. This Cuutopia Grogu from Mattel will make a colorful and lovable addition to the collections of Star Wars fans of any age. 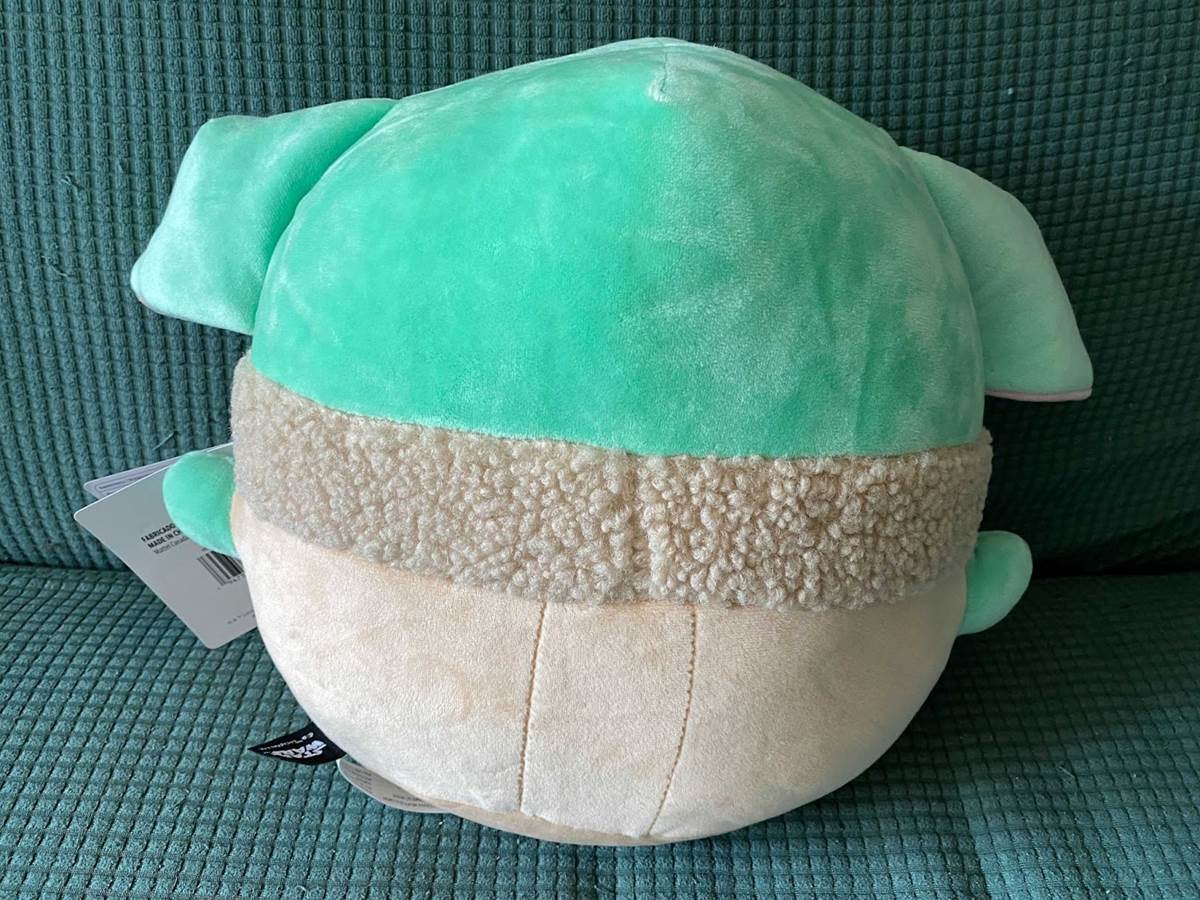