Beyond the Berm: Muzeo Sets the Stage for Anaheim History and Culture

Now that we’ve learned to get around the City of Anaheim, let’s venture out of the Disneyland Resort area and head to downtown Anaheim and take a look at some of the attractions and happenings just north of the Happiest Place on Earth. 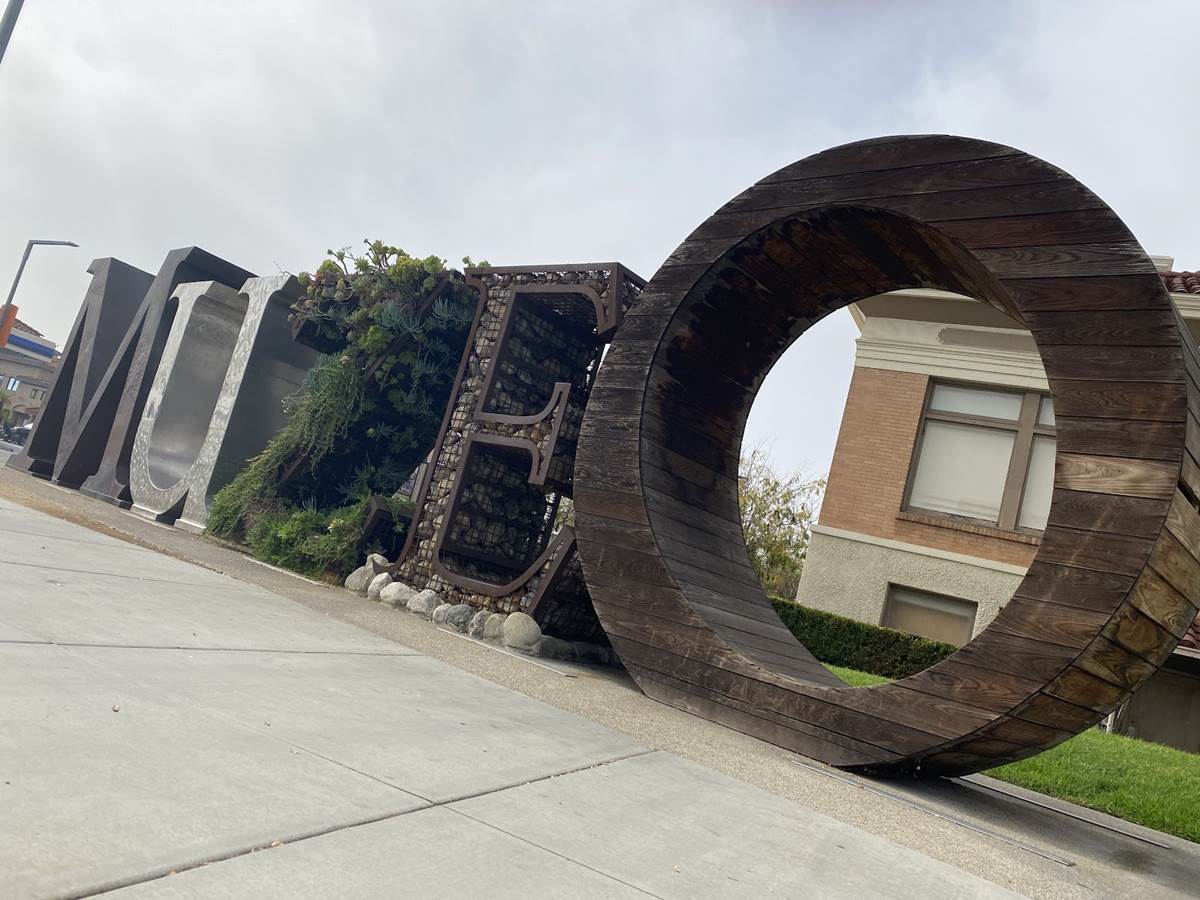 We’ll start our adventures in Downtown Anaheim today with a look at Muzeo, a Museum and Cultural Center that engages the community in exploring and celebrating the diverse heritage, culture and arts of the city through creative programming. 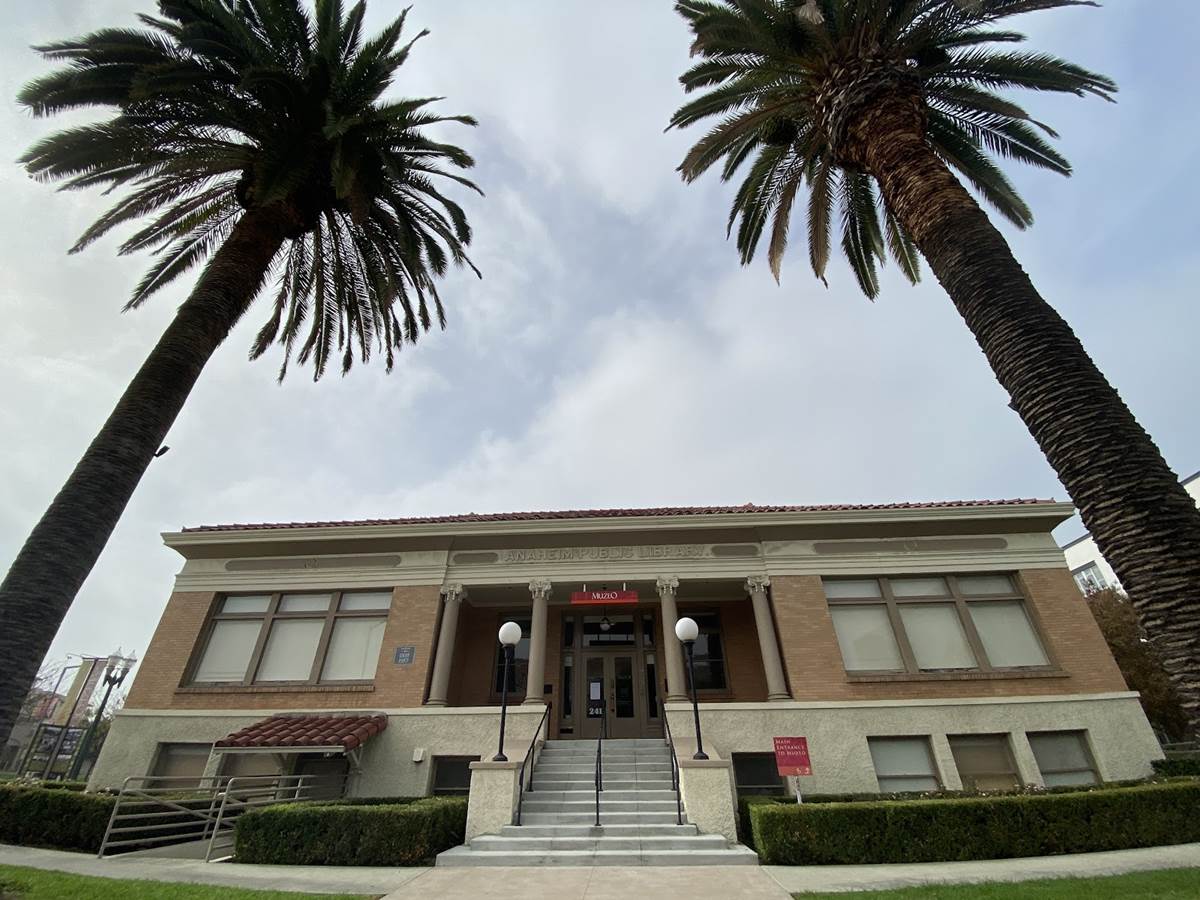 Muzeo also absorbed the last remaining Carnegie Library in Orange County, California, a building that dates back to 1908. One of 1,689 reportedly built in the country with money donated by philanthropist Andrew Carnegie, with less than half of those still functioning as a library. Muzeo’s is one that survived the wrecking ball, and it was a public library until 1963. During the 1970s it served as the personnel office for the City of Anaheim, and was listed on the National Register of Historic Places in 1979 and has the rare distinction of becoming a cultural center in lieu of office space or total destruction. Currently, that building is used as gallery space, the Historic Carnegie Galleries. At the time of this writing, the galleries had exhibitions featuring work by Yara Almouradi and Clarence Pointer, both of which are scheduled to be on display until January 9th, 2022. Over in the main gallery, which has housed exhibits featuring the costumes of the Anaheim Ballet’s Nutcracker, Calligraphy of Korean Poetry, Orange County Heritage exhibitions, and even exhibits from National Geographic, was getting ready for an annual tradition on my visit. Since 2015, Muzeo has hosted an exhibit featuring numerous, greatly detailed, model railroad displays called “Muzeo Express.” 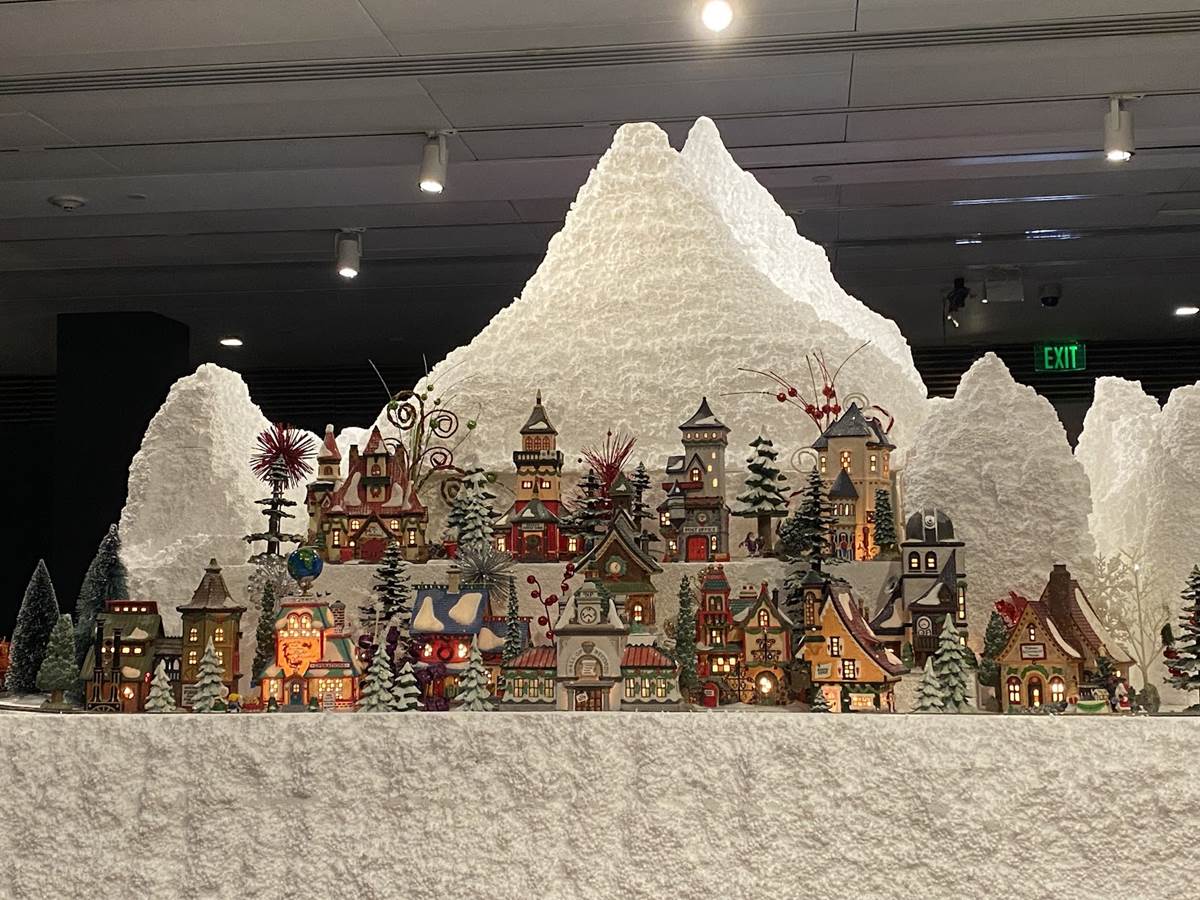 These displays are handcrafted over weeks, some with mountain ranges made from giant styrofoam blocks for the trains to traverse. The train sets feature railroads of different sizes and gauges, and different environments featured all throughout the gallery space. You might even find a display or two paying homage to those parks down the street. 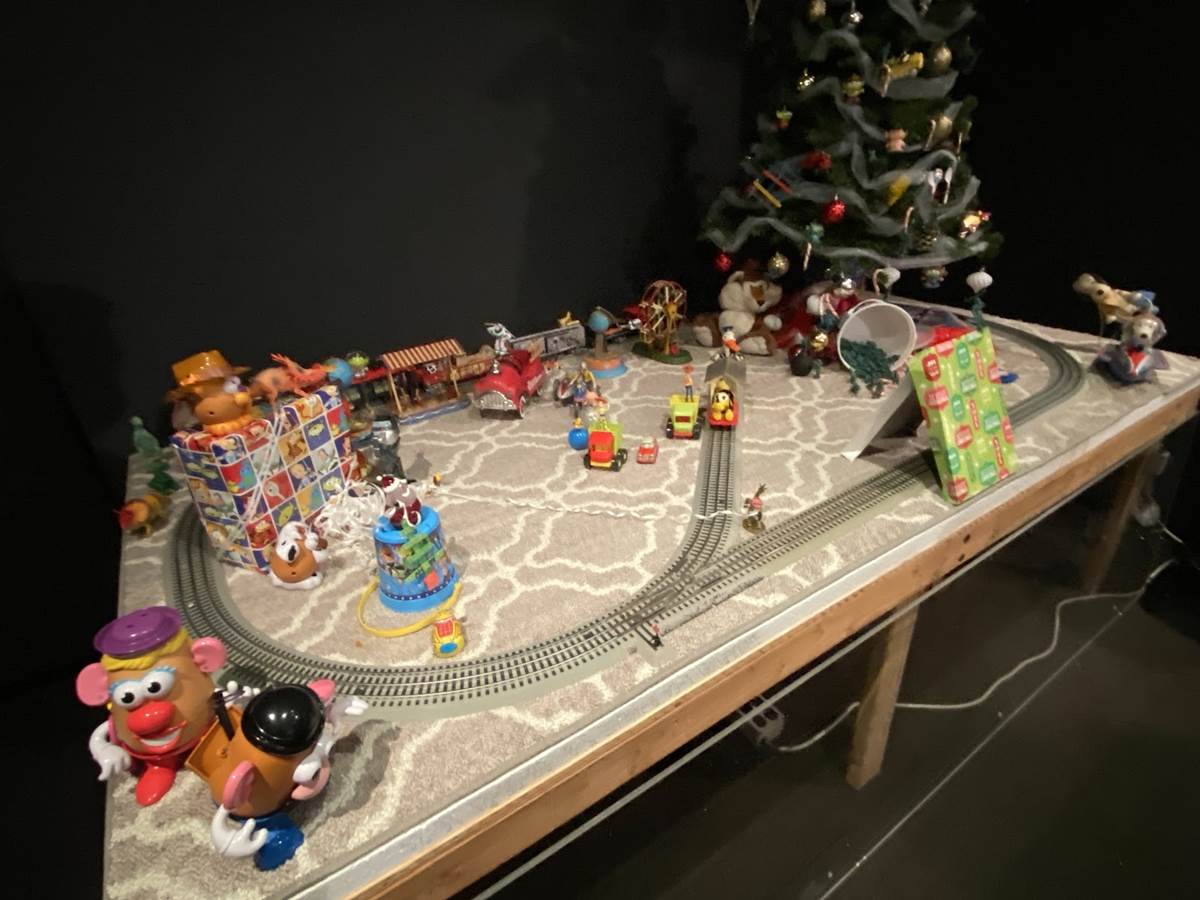 We were there to get a special preview while the sets were being installed, the final product is more complete than what is pictured here. Muzeo Express is set to run through January 23rd, 2022. Again, this has been an annual tradition since 2015, and if you can’t make it this year, you can likely catch it again next holiday season. The event is so popular, folks can even purchase a “Train Pass” which gives them admission to the exhibit and Muzeo for the length of the run. 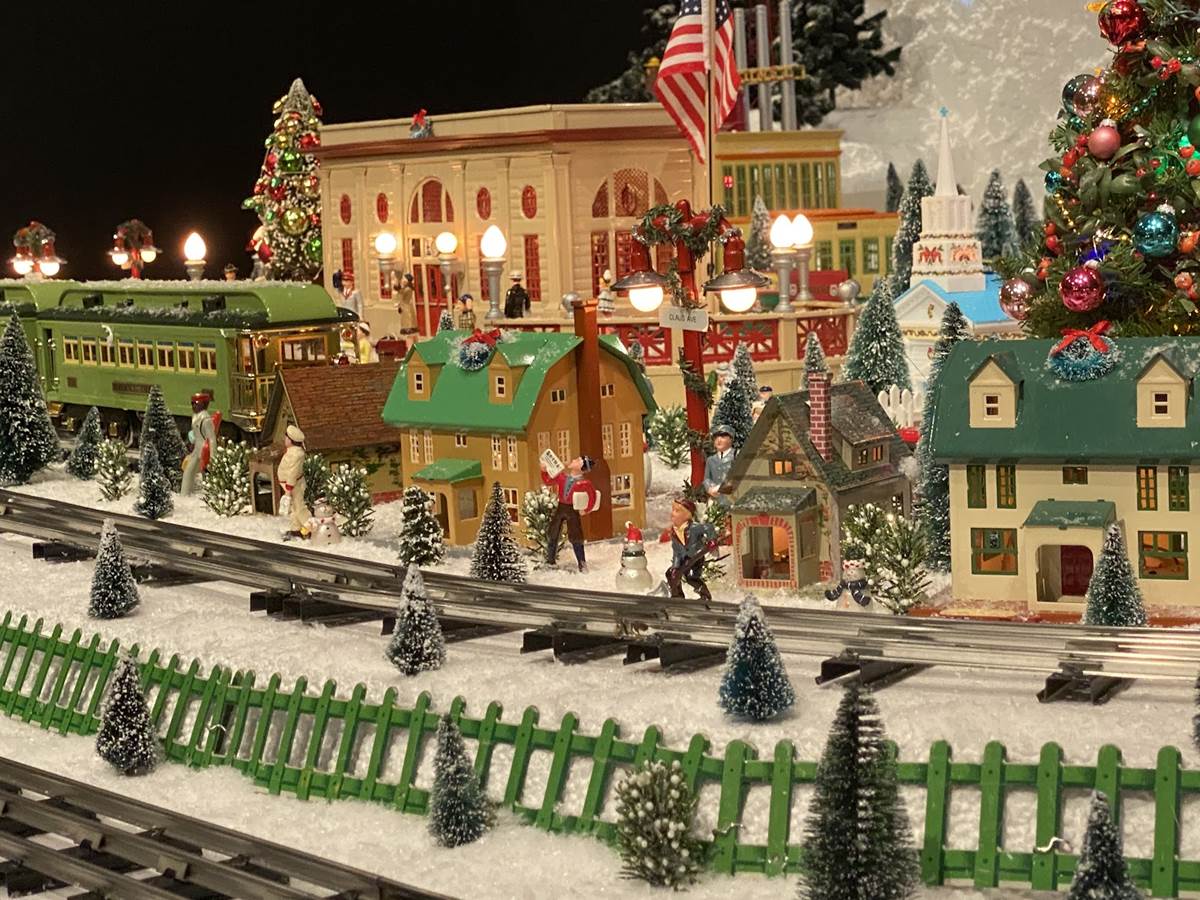 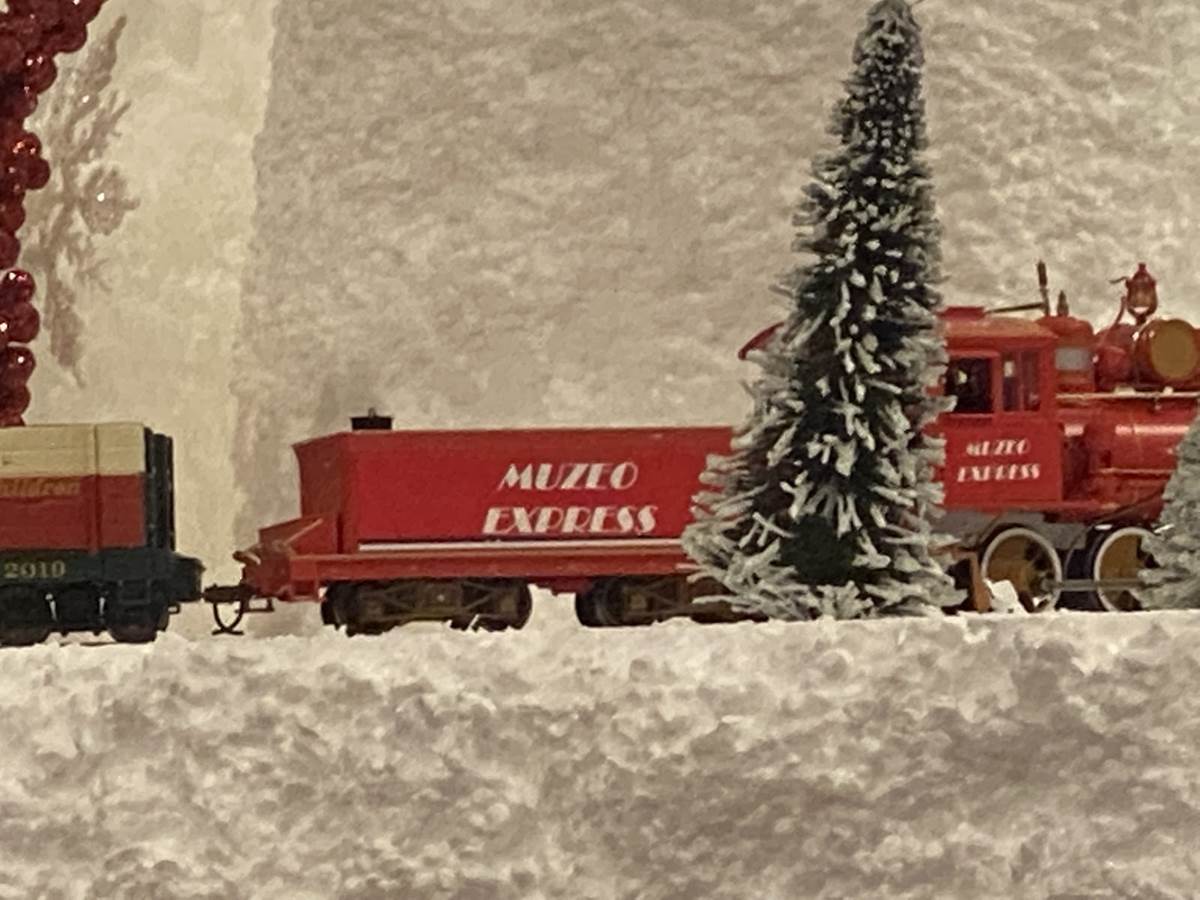 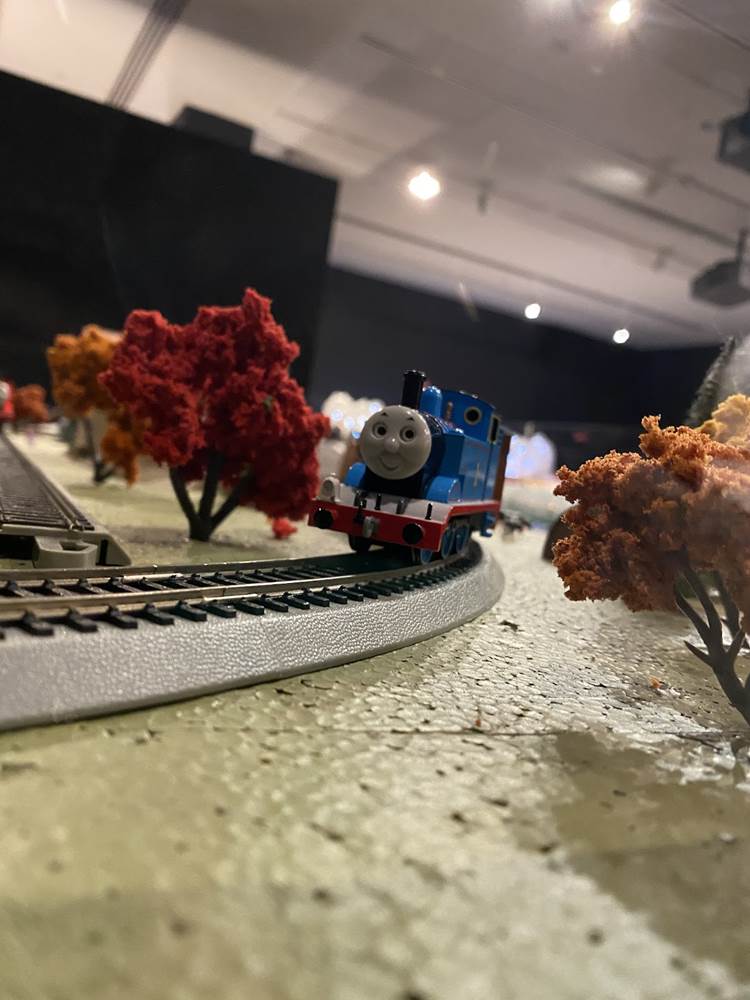 Muzeo Express even has special programming to go along with the exhibition, including “A Night on the Polar Express” which invites guests to grab their PJs and a blanket for a reading of the holiday classic, then settle in with cocoa and traits for a viewing of the film. This is set to take place on December 11th, and you can get your admission to this event on the official website here. 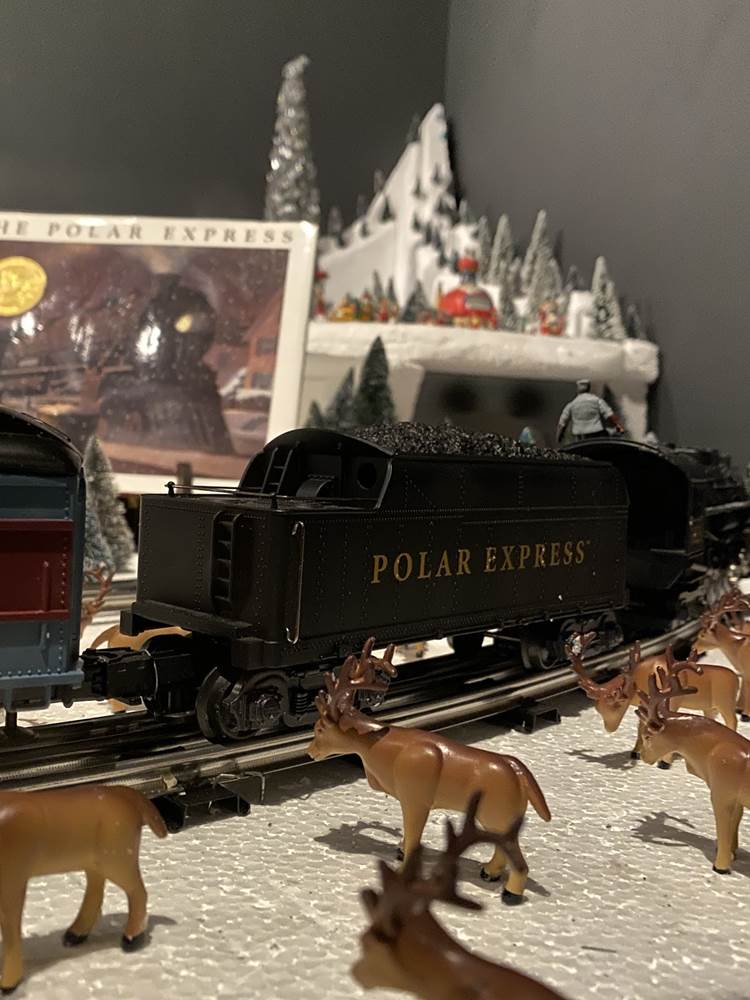 A museum and cultural center in Anaheim should also have a section dedicated to the history of the city, right? Right! And they do! Located in the aforementioned Carnegie Gallery (and with complimentary admission, no less!), visitors can head to the Anaheim: A Walk Through Local History displays that were created by the Anaheim Museum prior to the creation of Muzeo in 2007. There, visitors can find a storehouse of artifacts that highlight the history of Anaheim and the surrounding area. Everything from fossils and Native American artifacts to 19th-Century winery and citrus-farming tools tell the story of Anaheim and Orange County’s past. And, despite the story most every Disney fan knows about a “sleepy little orange grove” before Walt Disney arrived, there is quite the past in this city, and it goes well beyond the early ‘50s. That said, the exhibit also features memorabilia from the place that helped put Anaheim on the map, Disneyland, as well as Anaheim Stadium and other historic locations around town. Everyone, especially those hardcore fans who don’t know much about town aside from the Disneyland Resort, should stop by Muzeo and this exhibit to expand their horizons and learn that this was a real city long before the park arrived. 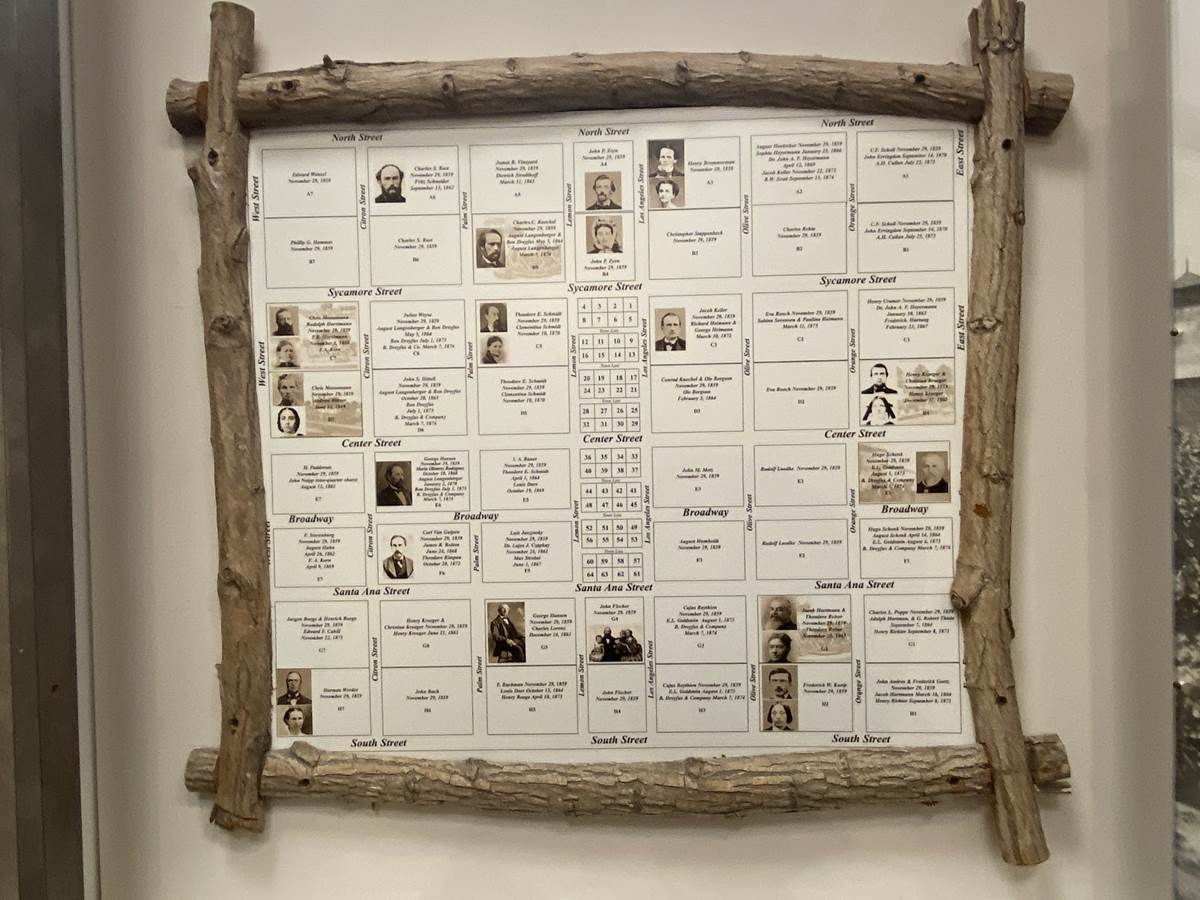 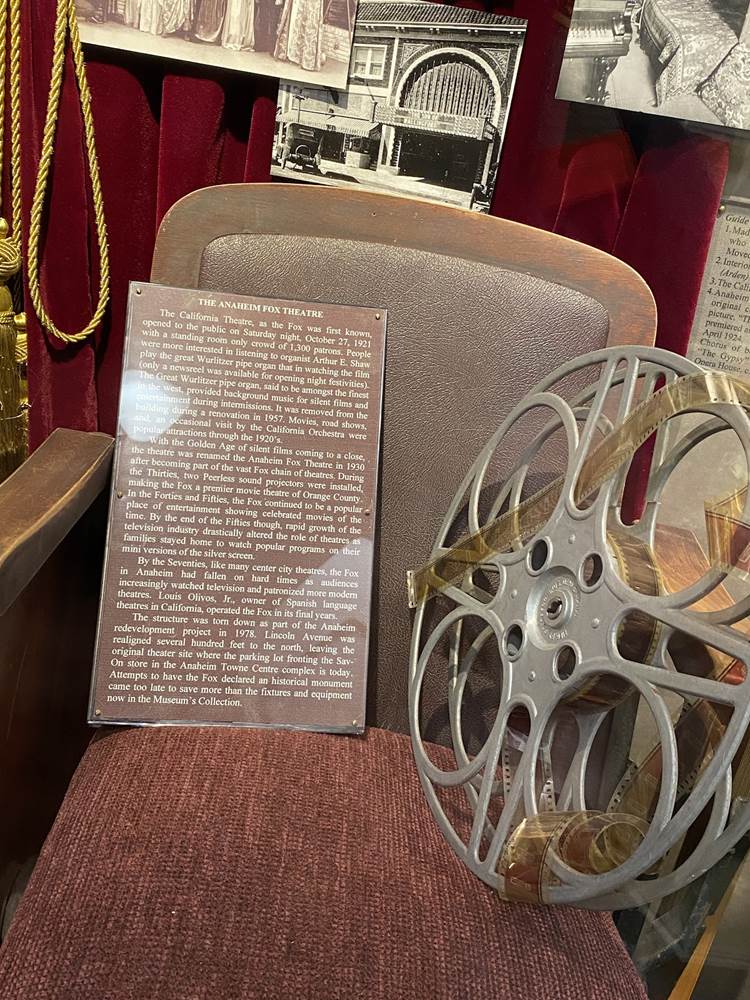 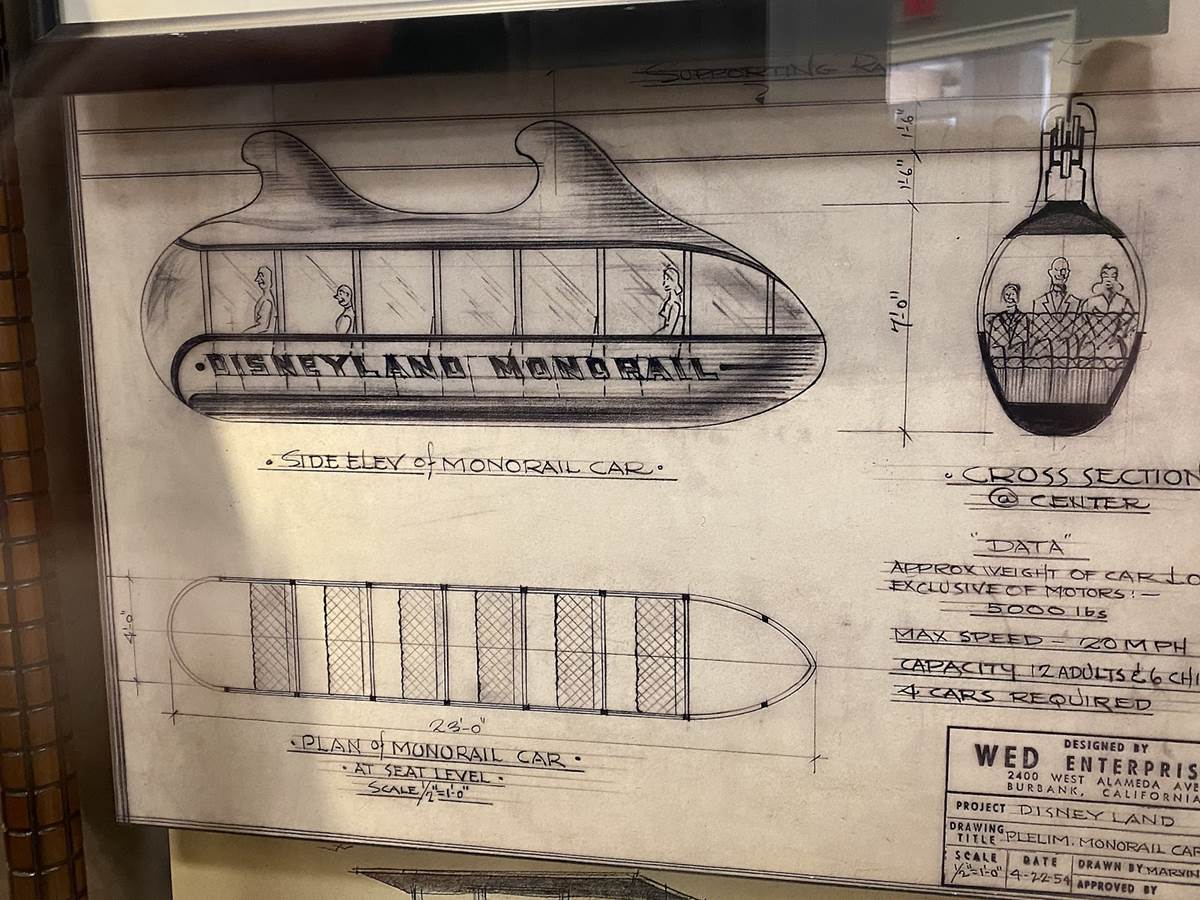 Also adjacent to the main gallery of Muzeo is the Anaheim Heritage Center, which is part of the Anaheim public library system. Dating back to 1967, this history room is home to almost a million different individual items organized and catalogued for use by scholars, students, and researchers, with trained personnel on-hand to offer assistance. If you can’t make it to Muzeo physically, they do have a selection of virtual exhibits on their official website to hold you over until you can make it yourself. Guests can visit Wednesday – Sunday from 11:00am to 5:00pm with the last ticket sold at 4:00pm. More information and current ticket prices can be found at their official website here. Muzeo is a small part of what is now known as CtrCity, pronounced “Center City,” considered to be the heart of the city of Anaheim, that is full of art, dining, shopping, and hidden gems. You won’t find a recognizable chain name anywhere, and if you do find something you’ve heard of, it’s simply because you’ve heard of it through word of mouth, likely raving about how good it is. Come with me next time as we explore more of CtrCity, taking a stroll right down the Center Street Promenade during the weekly Anaheim Farmers Market.