“I pitched this show back in 2013,” American Auto series creator Justin Spitzer revealed during a press conference for the new NBC sitcom. ”I'd been on The Office for a long time, and I thought I'd love to do a workplace show about the corporate world.” Fans of The Office may recall that the series followed the Dunder Mifflin Scranton Branch, which often had to deal with inconvenient decisions made by corporate. “I'd think, oh, what's that show about, and how do those decisions get made?” However, the timing wasn’t right, and Justin soon found himself pitching another show to NBC, the hit comedy Superstore, which ran for six seasons and concluded last May. 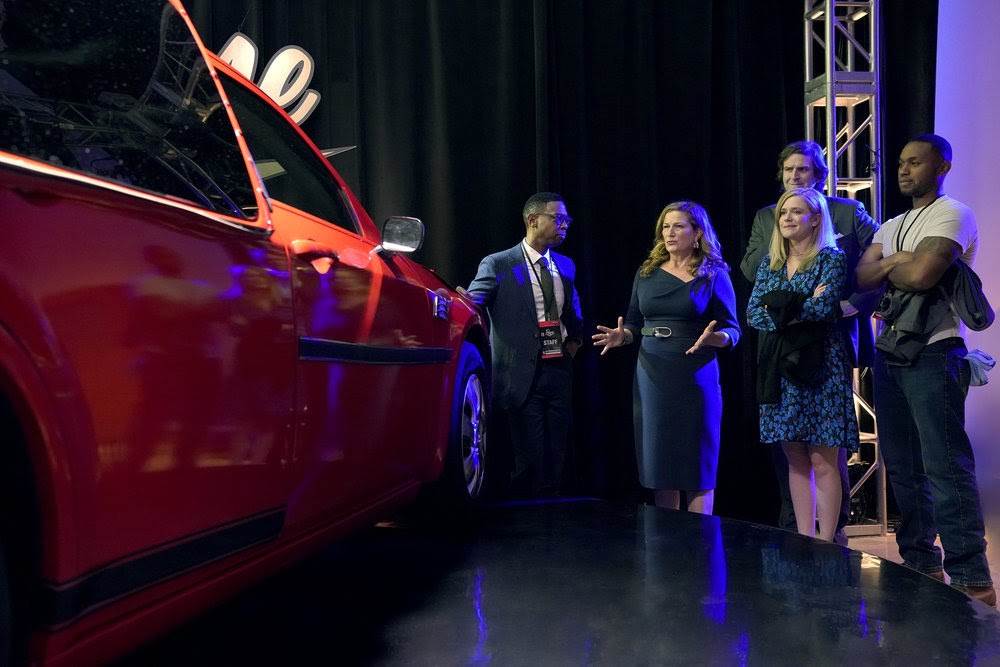 “When I left Superstore, it felt like an opportunity, and it felt like an even better time,” Justin continued about the development of American Auto. “The people at corporate aren't bad people; they're good people doing their best to try to make the company work, and, sometimes, their decisions have bad effects on the employees. But I thought it would be fun to get to see why those decisions get made.”

Another Superstore alumni made the jump to American Auto, actor Jon Barinholtz, who played the often-fired warehouse worker Marcus, but now plays a big wig. “Someone asked me, ‘What's the difference between Marcus and Wesley?’ And I think the answer is 58 million dollars,” the actor joked. Justin was already a fan of the actor, whose improv skills saved several scenes on Superstore when the directors needed a funny way to end a scene. “I remember reading the script… and it was amazing,” the actor shared, who was still on the set of Superstore when American Auto got the green light. “[Justin’s] just such a great writer, and really addresses the world honestly.”

Another hurdle was thrown in the path of American Auto’s journey to television, the worldwide pandemic. Ana Gasteyer, who joins the cast as Katherine, shared that she was in Los Angeles in March 2020 for her costume fitting when production was paused, not to resume until October 2020. Thankfully, it was all worth the wait and NBC picked up the series. “I leaped at the opportunity, the script was fantastic,” Gastayer shared. “Justin is established, and smart, and human, and the perfect writer to meet the times comedically, and that's not an easy thing to do.” The character was also a big draw for the Saturday Night Live alumn. “Just the opportunity to play a female CEO was really exciting to me because I like characters who are lost in a moral dilemma, and Katherine definitely is.” 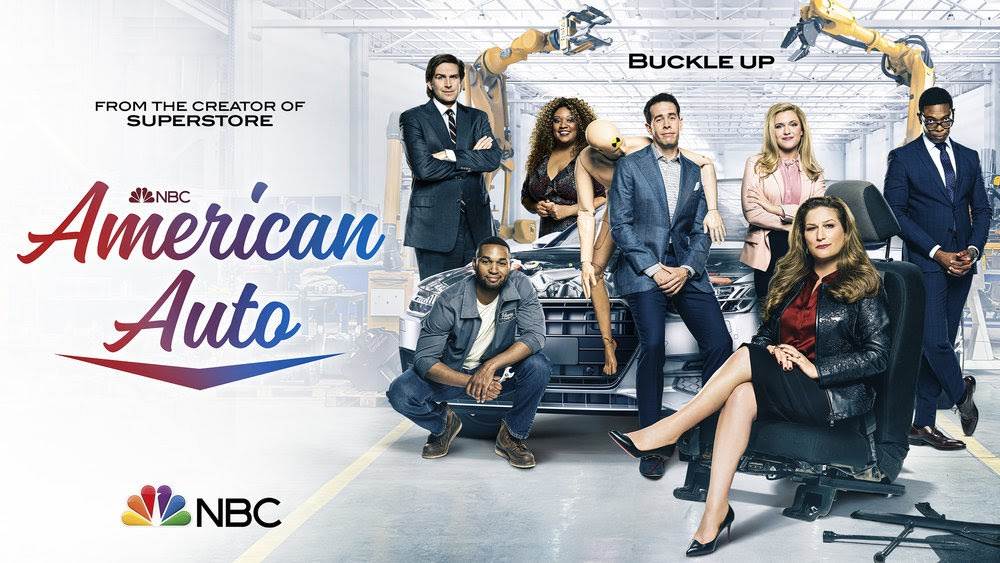 Hard as it may be to believe, it’s been nearly a decade since The Office wrapped production, and a lot has changed in the world since then, which is reflected on-screen in American Auto. Michael B. Washington is a familiar face to viewers of 30 Rock and The Unbreakable Kimmy Schmidt, who revealed that NBC Universal had been looking for more authoritative roles for the actor. “That's not something that a network lets you get to read for, as an African American gentleman, let alone two, three, four people of color in executive ranks,” Michael explained. “I was very drawn to the fact that Cyrus is a very smart, educated corporate executive who's allowed to be the smartest one in the room, for good or for bad, whether he puts his foot in his mouth, or not, and all the comedy that ensues from it… It's not always hard-hitting; it's light and fun. So, diversity can be a fun thing as well.”

Part of the fun for the cast is the fact that improv is not only welcomed but encouraged. “As someone who is an actor and an improviser, if the script isn't good, I do not improvise because I don't have a place to jump off of,” X Mayo shared about her role as Dori. “The fact that I do play so much speaks to the quality of the writing.” For Justin Spitzer, the words on the page aren’t sacred. “We always like to think of the jokes in the script are a safety net,” he explained. “It won't get worse than that line, and to whatever extent that the actors can improve it, I always want to encourage that. And that's something that was very important to me, even in casting this.”

With a history of workplace comedies with Justin Spitzer’s personal touch, there’s no better home for American Auto than NBC. “NBC has developed this ethos of a workplace comedy as the sense of the ensemble and the workplace being the star, but for me, that was part of the attraction,” Ana Gastayer shared, who made her name on SNL. “NBC Universal has been very kind to many of us, and they've taken really good care of us for many years,” Michael B. Washington also said about the network.

American Auto premieres Monday, December 13th, with a double-episode premiere starting at 10/9c. New episodes will continue on Tuesdays at 8/7c starting January 4th. Episodes will also be available to stream after airing on Peacock.