Welcome to 2022! With a new year upon us, I’m looking forward to the summer season and beyond, with a list of the Top 10 theme parks in the United States that I’ve never been to that I most want to visit. Let’s dive right in! 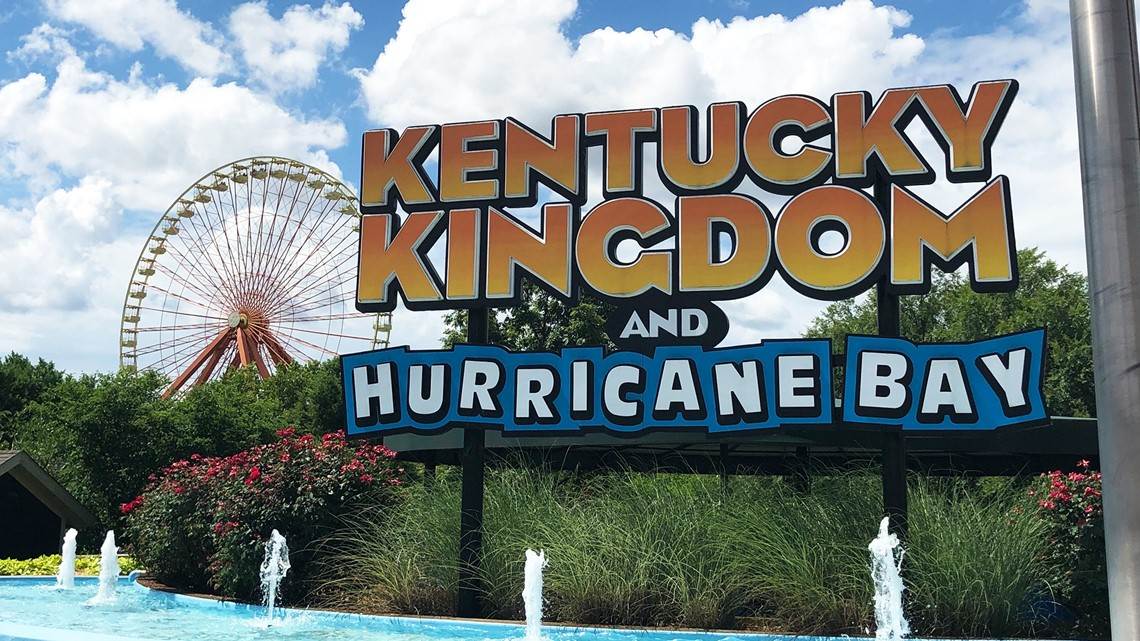 Kentucky Kingdom in Louisville, KY looks to be a really strange park. Once a Six Flags park, they actually closed the park back in 2009, for it to sit abandoned for 5 years, before reopening under new ownership in 2014. The new owners put a lot of effort into filling the park with fun, modern rides that can adhere to the park’s strict height limits (as the Louisville Airport is just down the street). Highlight attractions here appear to be the Lightning Run and Storm Chaser roller coasters. Kentucky Kingdom’s future looks brighter than ever, as the park is now owned by Herschend Family Entertainment, the same company behind Dollywood and Silver Dollar City. 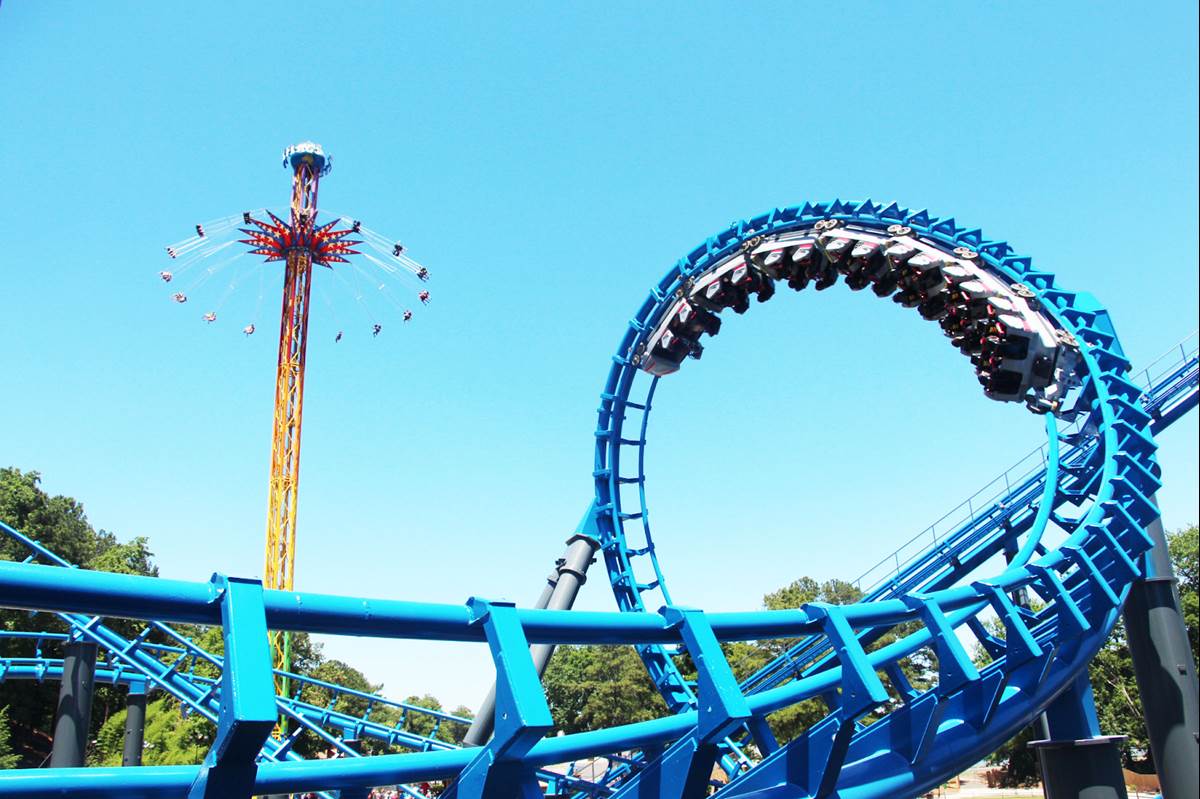 Six Flags Over Georgia was the second of three Six Flags parks built by the company themselves and has seen a lot of development over the years. With an impressive collection of 11 roller coasters, this line-up has something for everyone. Fans of themed attractions get an unprecedented two dark rides for this Six Flags park, including the legendary Monster Mansion boat ride, designed by legendary Disney Imagineer Al Bertino, which is probably my most anticipated dark ride to experience, at least in this country. 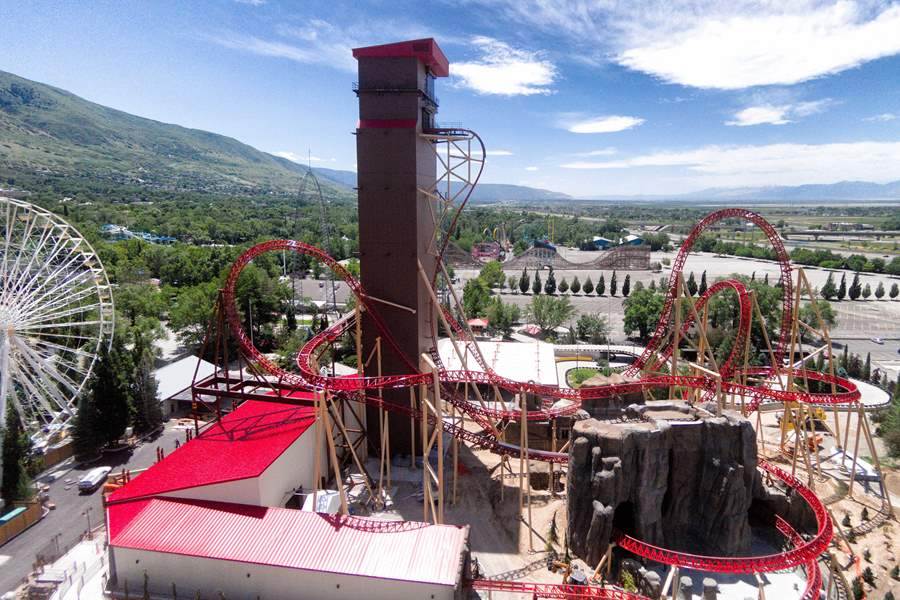 An amusement park oasis in an area pretty devoid of them, Lagoon in Farmington, Utah is your classic amusement park, with midways and the classic attractions you’d expect. But Lagoon have never rested on their laurels, adding some modern thrill machines to compliment their classics. The star attraction at Lagoon absolutely has to be Cannibal, an enormous roller coaster designed and built by the park themselves. Riders start off by going up an elevator lift, before plunging down a 208ft tall drop at 116 degrees, the second steepest drop in the US. This incredible looking coaster, along with an impressive supporting line-up really makes me want to drop into Lagoon! 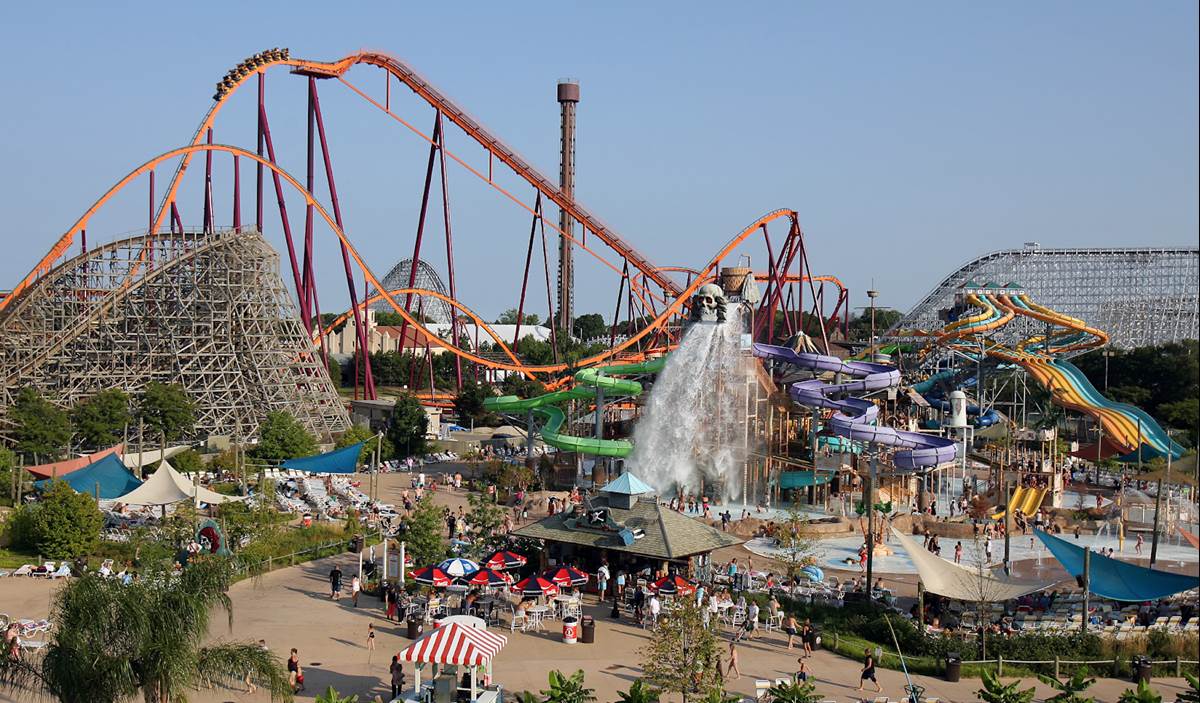 Originally built by Marriott in the 1970s when absolutely every company in corporate America wanted in on the theme park industry, I have actually been to Six Flags Great America’s sister park, California’s Great America. Both were built in 1976, however the California park was eventually sold to Cedar Fair, while the Gurnee, Illinois park was sold to Six Flags. The park has kept more of the original charm of the Marriott days than its sister park, while also adding some new pretty well themed areas, in addition to a large collection of roller coasters. There’s far too many good looking coasters to mention at this park, but a couple of highlights seem to be Raging Bull, Maxx Force and Goliath. 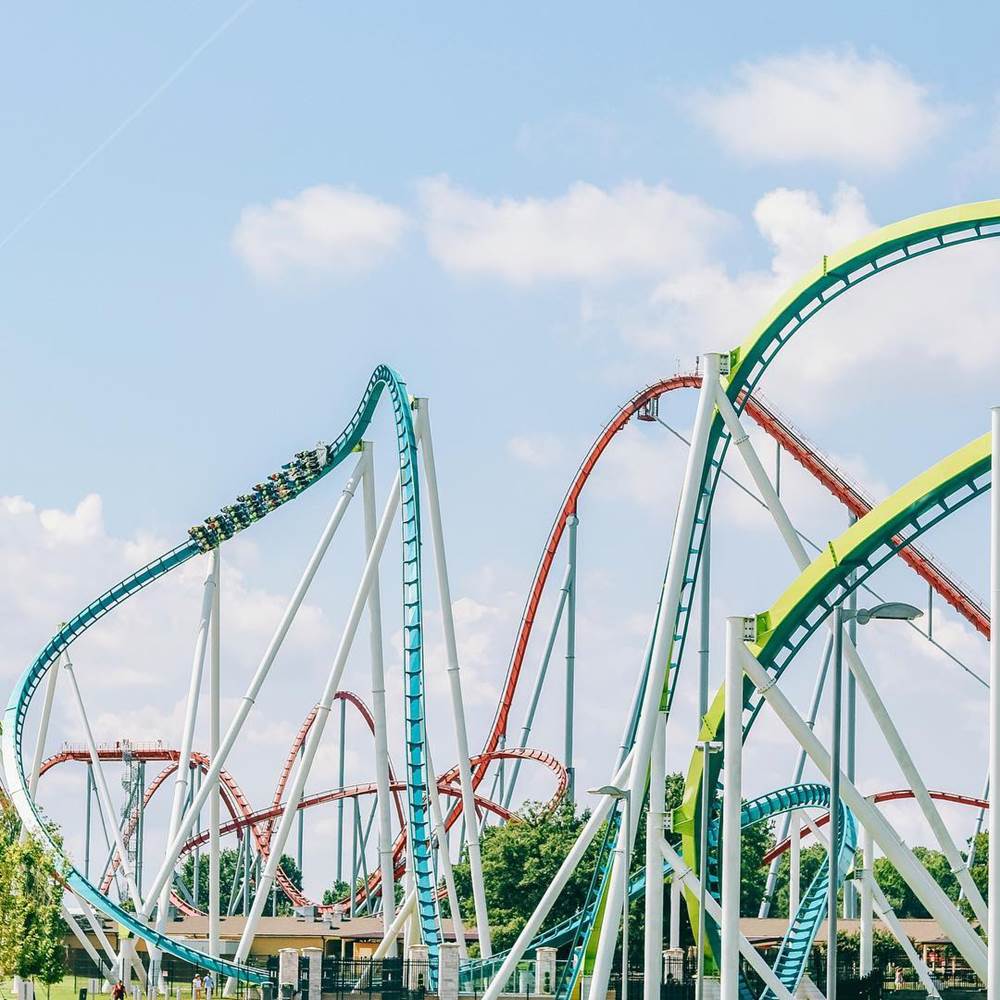 Unique for being the only theme park to be located across two states (North and South Carolina), Carowinds is a park that has improved immensely over the last decade or so. Since being purchased by Cedar Fair in 2006, the company has put great investments into the park, in terms of plussing the environment and adding some incredible new coasters. Their three newest coasters seem to be the best in the park, including the incredible looking Fury 325, which is currently the tallest full-circuit coaster in the world, standing at an incredible 325ft! This coaster alone is reason enough for me to book a trip to Carowinds! By far the most incredible looking Six Flags theme park, at least in terms of theming, is Fiesta Texas in San Antonio. While the coaster line-up may not be as big and grand as some of the other Six Flags parks, the quality and variety here more than makes up for it. Perhaps the most interesting feature of this park is its location next to a quarry wall, giving it a beautiful setting unlike any other theme park I know. Many of the coasters, such as Superman: Krypton Coaster and Iron Rattler) make use of the quarry wall, using it for drops and other elements. 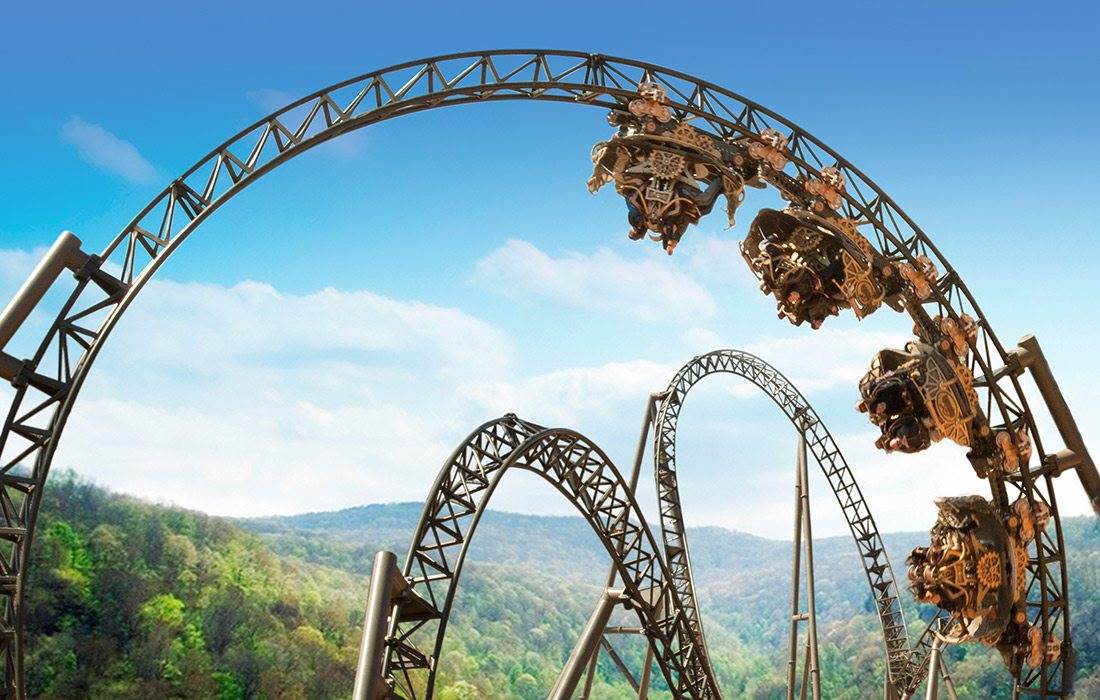 I have been to Silver Dollar City’s sister park, Dollywood, twice now. With my love for that park, I’m extremely excited to see the similarities and differences of Silver Dollar City. The park features a different, but no-less impressive coaster collection, many with beautiful settings along the mountainside, such as Time Traveler, a unique extreme spinning coaster, Wildfire and Outlaw Run. Mystic River Falls looks like a unique rapids ride, that has plussed what was previously done with Infinity Falls at SeaWorld Orlando. In addition to that, the park still has many classic experiences, such as the Flooded Mine old mill-type attraction. As with Dollywood, Silver Dollar City also features some absolutely incredible theming that puts you right into the olden days of the Ozarks. 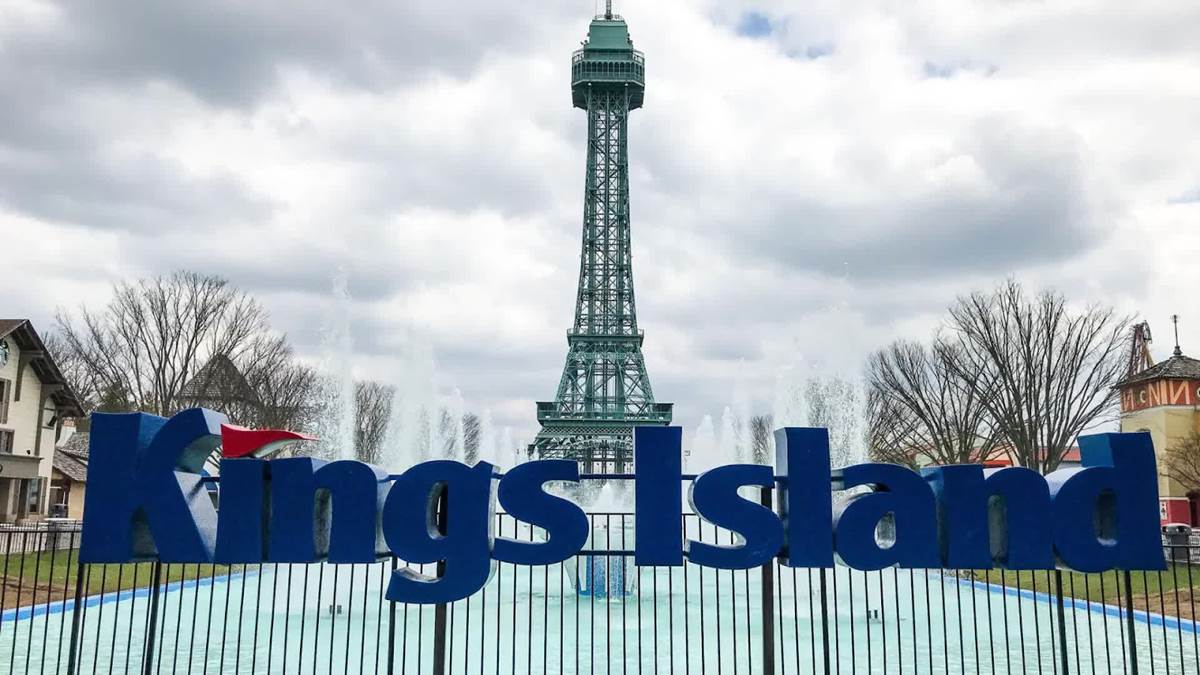 Another park built by one company and then purchased by Cedar Fair, Kings Island in Mason, Ohio contains one of the greatest roller coaster collections in all the world. While mainly an amusement park, the park does appear to generally be well-kept, with some pretty well themed areas. All of the roller coasters here go big, including a modern inverted coaster in Banshee, a hyper coaster (Diamondback) and a giga coaster (Orion), the classic wooden coaster The Beast, modern woodie Mystic Timbers, and that barely even scratches the surface. And the park is celebrating its 50th anniversary this year, giving me even more of a reason to visit! 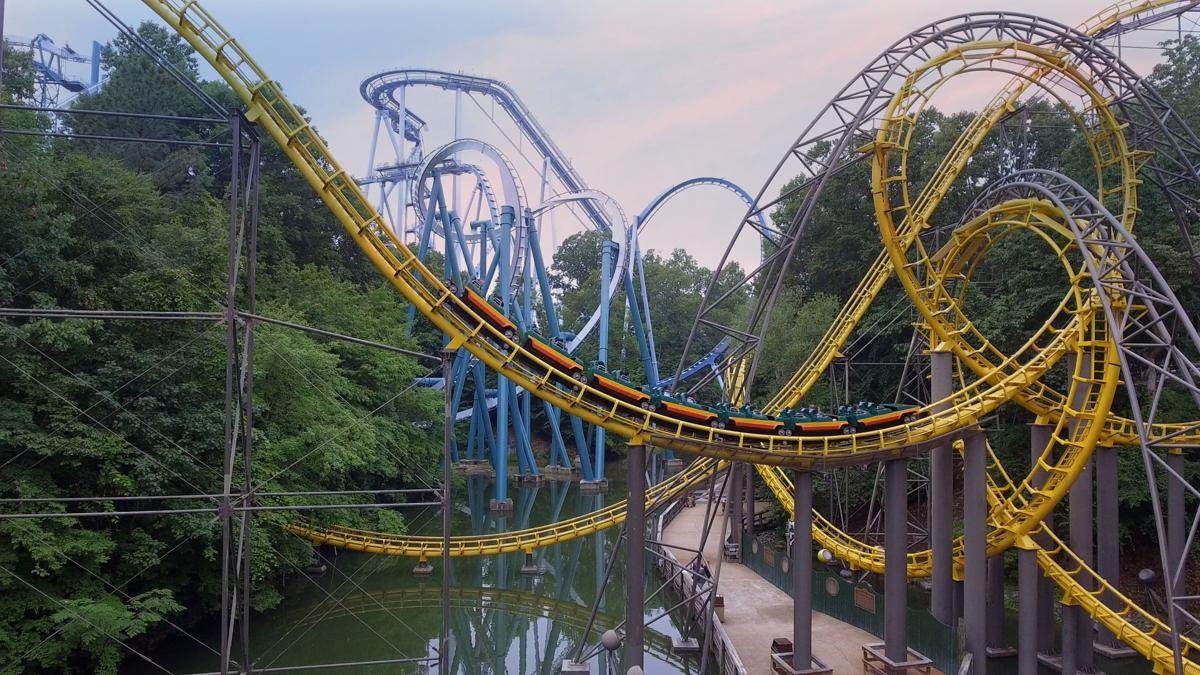 While Busch Gardens Tampa is themed to Africa, the park in Williamsburg instead is themed to the various countries of Europe. Now I’ll admit, I am cheating a little here, as I have technically been to this park, but long before I was old or brave enough to ride their impressive collection of coasters. There are classics like The Loch Ness Monster, the only coaster remaining with interlocking loops; three giant Bolliger & Mabillard creations, the well-themed Verbolten, and so much more. Their newest coaster, Pantheon, opens this March, and looks to be a ride that could rival Velocicoaster for its level of insane elements. Now while the coasters do look incredible, I’m just as excited to take in the impressive theming that is all throughout this park. It looks like an absolutely incredible experience! 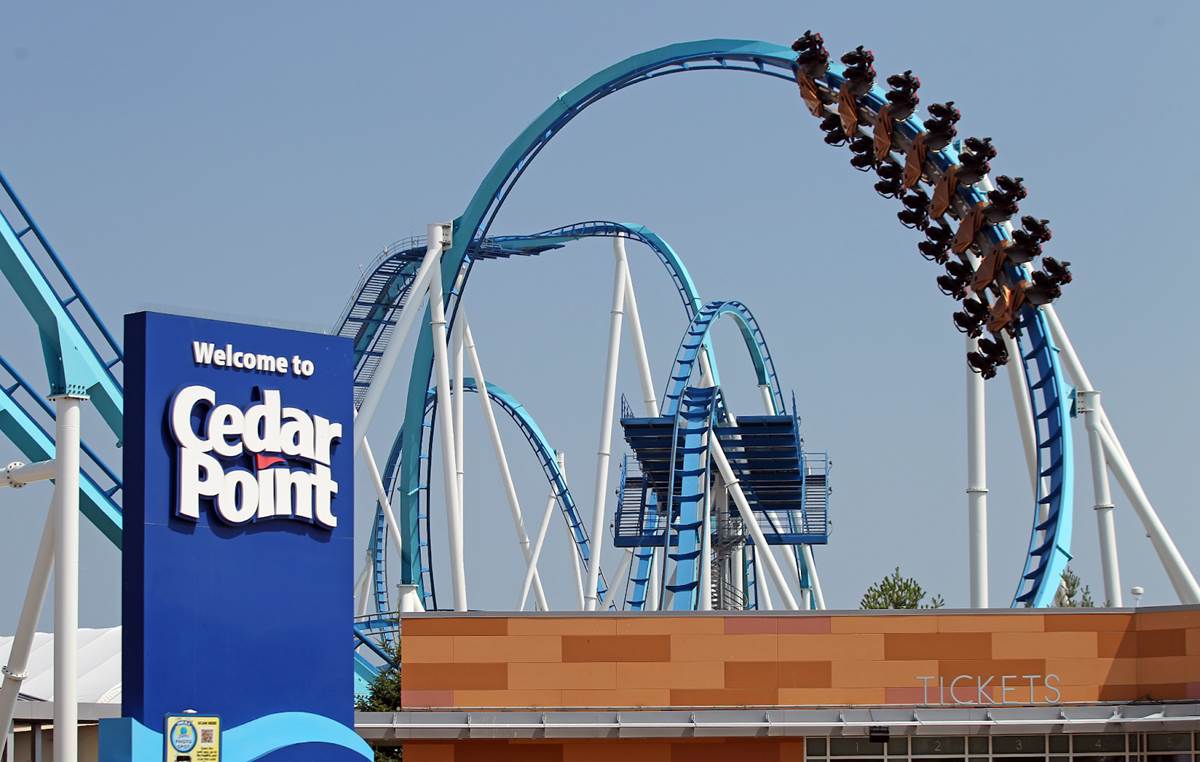 For any true roller coaster enthusiast, Cedar Point is our mecca. While it doesn’t quite have the most roller coasters in any one park, it does have close to it, but with quality from top to bottom. There’s far too much to list, but just know if there’s a type of roller coaster you like, Cedar Point probably has it. Their newest coaster is Steel Vengeance, commonly considered the greatest roller coaster ever built by many-a-coaster fan. The park’s seaside location along a peninsula also leads to some incredible views from both inside-looking-out and outside-looking-in. Out of all the theme parks I haven’t been to in the United States, Cedar Point has to be my most anticipated!

I hope you enjoyed this look at my Top 10 most anticipated theme parks, whether you’ve been to any of these theme parks, or perhaps I’ve convinced you to check them out!