People are familiar with the classic lineup of X-Men and characters like Cyclops, Jean Grey, Wolverine and many others. But what happens when the team is turning to the next generation of mutants? Names like Tempus, Triage, Hijack and Kid Omega don’t quite carry the same recognition.t

They are just some of the stars of the new novel, School of X, from Aconyte Books’ “Xavier Institute” line of books. The unique novel actually features seven completely original stories, each showcasing a different group of characters and culminating with an epic team-up. 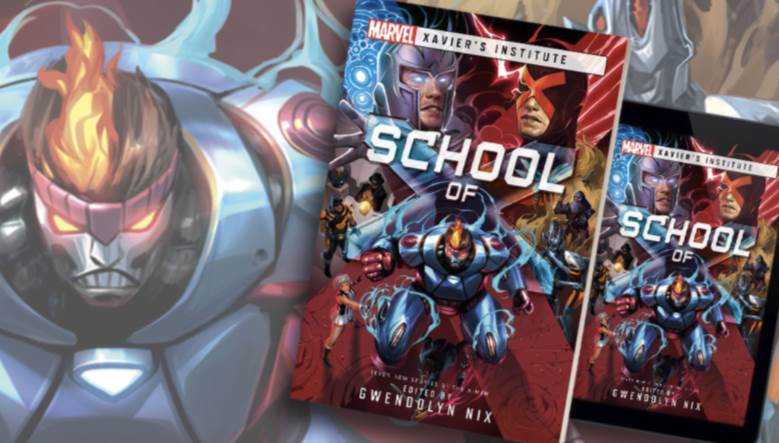 First off, all seven authors have to be credited for their fantastic stories. Jaleigh Johnson, Robbie MacNiven, Cath Lauria, Amanda Bridgeman, Pat Shand, Neil Kleid and Carrie Harris each took some of these great characters and made them their own.

They also managed to step into the superhero genre and branch out into very different genres with their respective stories. Whether it was a psychological thriller, a horror, a pulse-pounding action story or a time-traveling romp. There is a stroy for everyone here.

With that being said, the only downside to this book is its own nature. Nothing can be held against the writers as they each did a good job creating page-turning stories, but the book itself doesn’t necessarily make readers keep wanting to come back. Once one of these stories is completed, it’s a clean break. The next page begins a completely new story, aside from the fact that these characters are all attending the same school. This isn’t a know on any of the stories, because once you’re in one of them, it becomes impossible to stop. But it doesn’t call you back like a normal novel would.

That is, until the finale. The standout of the seven stories, and by far the longest, is Harris’ “Depowered,” which features a team-up of all the characters we get to know in the stories prior. It’s an epic, superhero story that returns to what you would expect from a novel about the X-Men. In just about 100 pages, this story manages to deliver satisfying arcs for a number of relatively unknown characters, while also featuring some additional starpower for fans looking for names they recognize. 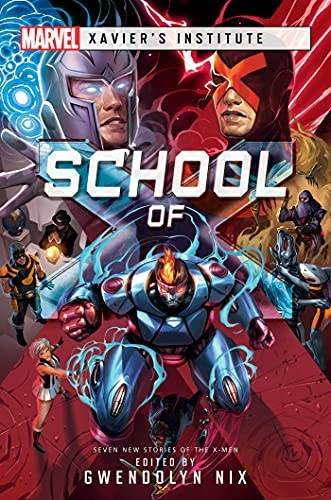 Among the other standout stories is MacNiven’s “Call of the Dark.” A truly terrifying horror story is difficult to accomplish with superheroes as your lead characters, especially young ones. However, this story has some legitimate chill-inducing moments and a great original concept.

Kleid’s “Kid Omega Faces the Music” is another standout. This time-traveling, coming-of-age story (if that combination is even possible) is unique in every way. Most of these stories are told in the third person, but what do you call a story that is being told in the first person by someone who speaks in the third person and is being delivered via a telepathic hostage situation? Well, whatever you call that, that’s what this is. Kid Omega is a wildly fun character and he really shines in this story.

School of X is a great way for hardcore X-Men fans to spend more time with characters who haven’t had a whole lot of time in the spotlight, and for casual fans to meet some new favorites. While there is the downside of not having a continuous story to keep pulling you back in, there is the upside of a near guarantee that there is at least one story here you will love. A very talented group of writers put together a great collection of stories here and X0Men fans should be excited to read it.

School of X is available now. You can order your copy here.