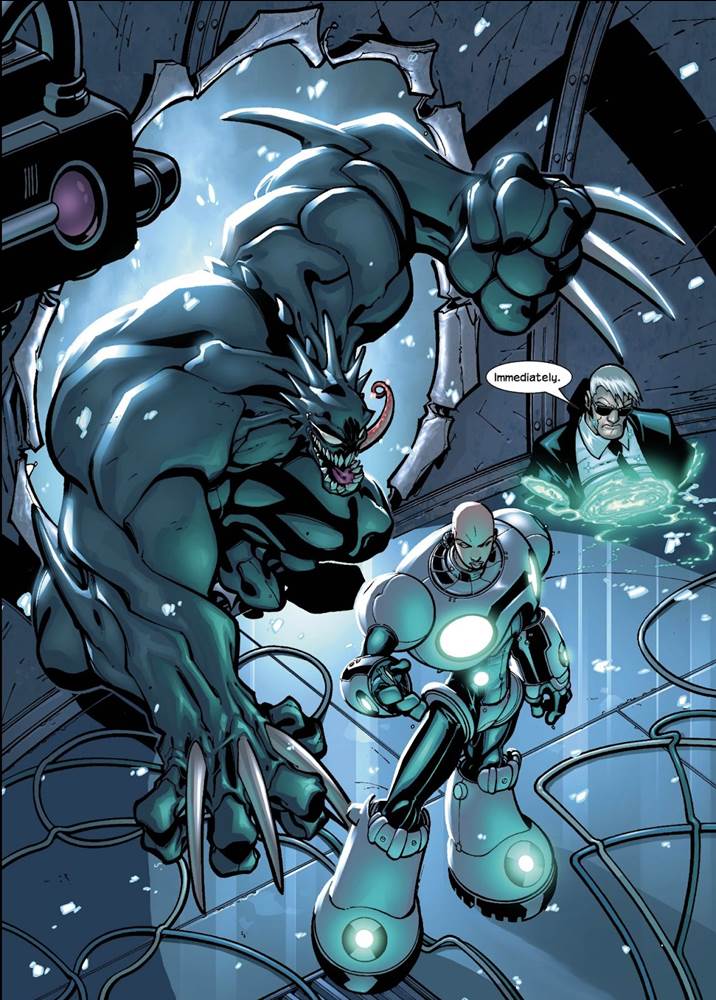 Daniel Way’ “Venom” series was very different from any we had seen before and any we have seen since. After a horrifying story of a research team trying to survive an attack from the alien, reminiscent of John Carpenter’s The Thing, the symbiote manage to bond with none other than Wolverine.

Merging the dangerous alien creature with one of the more prolific killers in the Marvel Universe created some very big problems. And, if nothing else, it gave us an awesome new character designs that fans had only previously dreamed of one day seeing.

This particular panel serves as the start of the final showdown in this story arc, which sees Wolvenom (Venomine?) attacking a shady organization using clone soldiers. It’s a spectacular visual seeing the hulking Venom x Wolverine combination bursting in to attack its enemies. The new Wolverine series got off to a strong start this week with the first issue hitting stores. The series follows Wolverine (obviously) as he travels through time to keep his longtime foe Omega Red from committing horrible things. It’s bizarre and a bit hard to follow at times, but it’s also a very interesting start.

Wolverine is now stranger to time travel, with “Days of Future Past” and “Age of Ultron” seeing Logan go through it in one way or another. This feels different though as the time travel appears to be tied to specific moments in his storied life.

That’s there whis panel comes in. As Wolverine prepares to get sent back in time (by the incredibly powerful Jean Grey), we get this fantastic visual of Wolverines life quite literally flashing before his eyes. It’s an awesome panel for longtime fans of the character who get to see iconic moments from his story.

You can check out “X Lives of Wolverine” now.