“This is an incredible thing, that we have five seasons,” Better Things writer, director, executive producer, and star Pamela Adlon said during a TCA conference for the final season of the FX comedy. “Right now, we have 52 episodes of these stories of this family. And I don't think there's any doubt that we could go on and on. And the stories will keep changing.” While it’s the end of the series for now, Pamela Adlon wouldn’t say no to a revival down the road. But one thing became clear as the star and her cast talked, this final season was a challenge to put together. 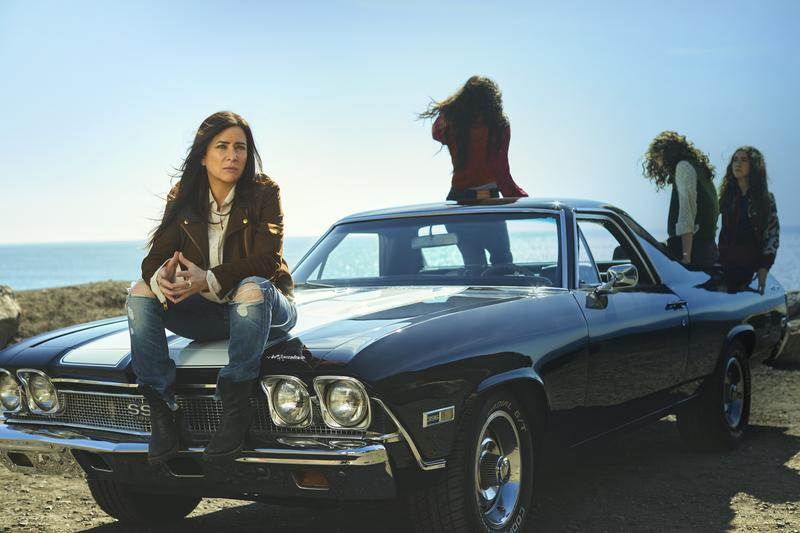 With a diverse age range of characters and actors from different countries, putting together a season during the global pandemic was no small feat. During a two-year gap, Pamela revealed that she considered putting the pandemic in the show. “It was more important than all the other seasons, to me, I think, probably because of the pando, and how tenuous life felt,” Pamela explained. “You just realize it can slip through your fingers, and you got to hold on to what you have.”

London-based actress Celia Imrie plays Sam’s mother Phil and the biggest logistical challenge for the season was getting her to L.A. The workaround was to recreate the sets in London and send the rest of the cast there to film scenes that involved Phil, including an episode where they travel to San Francisco. “It was very spooky,” Celia Imrie recalled about stepping onto a familiar set in a different location. ”You could, sort of, feel the L.A. heat, but then, you came out and it was so dark and cold… It really is magic, and I'm so proud to be in it.”

While London doubled for L.A. in Celia’s scenes, Pamela also used the trip to take the characters to London for an episode. “When we made a whole England episode, it had to tie in together, and when I realized that we had to do an episode in England, all of these pieces just kept falling in there,” Pamela Adlon explained. “All of this magic came together in England… I actually can't believe how wonderfully it did come together. And shooting there was an extraordinary blessing and an extraordinary challenge because there was so much production going on in the U.K., and wanting to take care of my crew and my cast.”

While season 5 is the end for now, it’s actually been a 7-year journey for the cast, including Olivia Edward, who plays Duke. “I started this when I was, like, eight,” she recalled. “So, this has been, like, pretty much, half of my life…. I just felt like I was a kid in a candy shop. Like, I was like, ‘Oh my God. This is so cool.’ And I'm looking at the cameras and looking at how everything worked. I've been having the time of my life on the show, and I feel eternally grateful that I've been able to say that I've grown up on this show.”

Don’t miss the double-episode premiere of Better Things tonight at 10/9c on FX.