Frank and Joe Hardy are back in Season 2 of The Hardy Boys, premiering April 6th on Hulu. With a multi-generational fanbase, the second season features a lot of carryover from the first, while pulling elements from the classic book series. It strives to please both longtime fans and new ones who may be accessing The Hardy Boys for the first time through this show, but can it continue to appease that broad of an audience? When Joe’s classmate Dennis goes missing, he and Frank take up a new mystery to find the where, what, why, and who. But when it all ties back to The Eye, the relic at the center of the previous season, it becomes so much more than a missing person’s case. As they work to solve a new mystery, all of Bridgeport is focused on the summer solstice “Demon Week” celebration.

The first season took the characters from the books and set them in the 1980s, building a personal mystery to get them into their first case, but it was largely an original story. While that’s still very much the case, there are quite a few call backs embedded in the plot for diehard fans. The Bridgeport Demon, an urban legend at the center of “Demon Week,” gets its name from the location of the legend, “Skull Mountain at Demon’s Paw.” This seems to be an amalgamation of three book titles; The Secret of Skull Mountain (1948), The Mystery at Devil's Paw (1959), and The Demon's Den (1984). Another location introduced in the first episode is in the title of the third book ever published in the series, The Secret of the Old Mill (1927). The show continues to tell a new, original story, but the love for the source material is ever present.

As much as the show celebrates the rich history of The Hardy Boys, five years shy of the 100th anniversary of the first book, it also continues to move it in a different direction. Like the original episodes of Scooby Doo, Where Are You?, when Frank and Joe encountered paranormal elements in print, there was a grounded explanation in the end. A zombie terrorizing residents, for example, was a greedy man in costume. Wheras The Eye held real mystical properties in the first season, with the uncanny elements growing even more supernatural this time around. 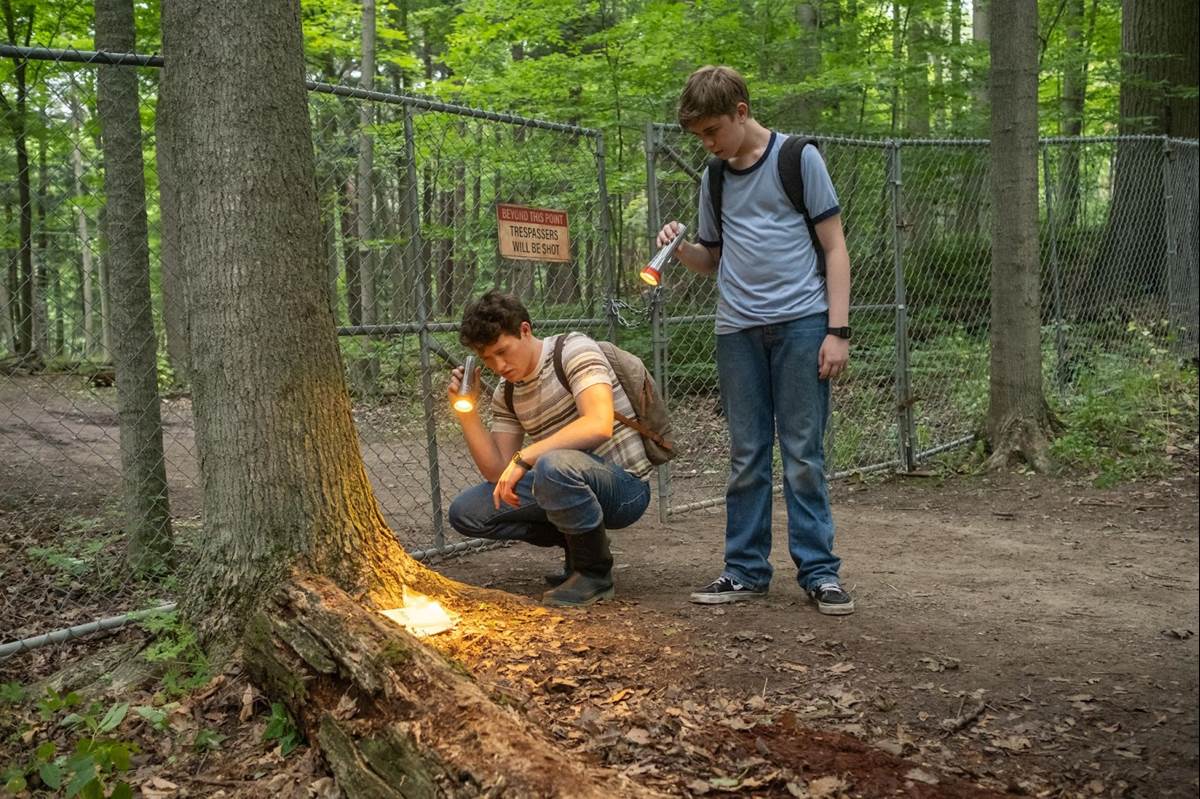 Most of the original cast returns for the second season, which takes place six months after the first. For Rohan Campbell and Alexander Elliot as Frank and Joe, the actors not only take Frank and Joe into a new realm of mystery, but also advance their development as teenagers. Frank is deep in his relationship with Callie (Keana Lyn) while Joe begins to pursue his first love. The romantic subplots never overtake the mystery and suspense, however, and the thematic content remains TV-PG, keeping the show in line with the target audience of the books. Thankfully, it avoids getting too angsty, letting the brothers have their minor squabbles, but never keeping the theme consistent that they are better together than apart.

Overall, The Hardy Boys continues to strike the right balance between lovingly celebrating the past and venturing into territory that will keep the brothers relevant to a new generation. The first successful television adaptation for the brothers in a while, the show is not only quality entertainment, but helps keep the characters fresh and evergreen. And with Disney having acquired international streaming rights, this Canadian production gets a worldwide audience through Hulu in the U.S. and Disney+ in other territories.

I give season 2 of The Hardy Boys 4 out of 5 lost VHS tapes.