“I grew up on The Godfather,” revealed The Offer executive producer Nikki Toscano during a TCA press conference for the Paramount+ original streaming, which debuted today. “The Offer is the incredible story of producer Al Ruddy going to the mattresses to get his film made. It's told from Ruddy's POV, and it examines the many challenges he faced. Evading mandates from his corporate bosses at Gulf + Western to threats from the real-life Mafia, all the while navigating the nuances of Hollywood to get the job done.” Over the course of ten episodes, the limited series will shock and surprise fans of The Godfather by dramatizing the incredible behind-the-scenes story. 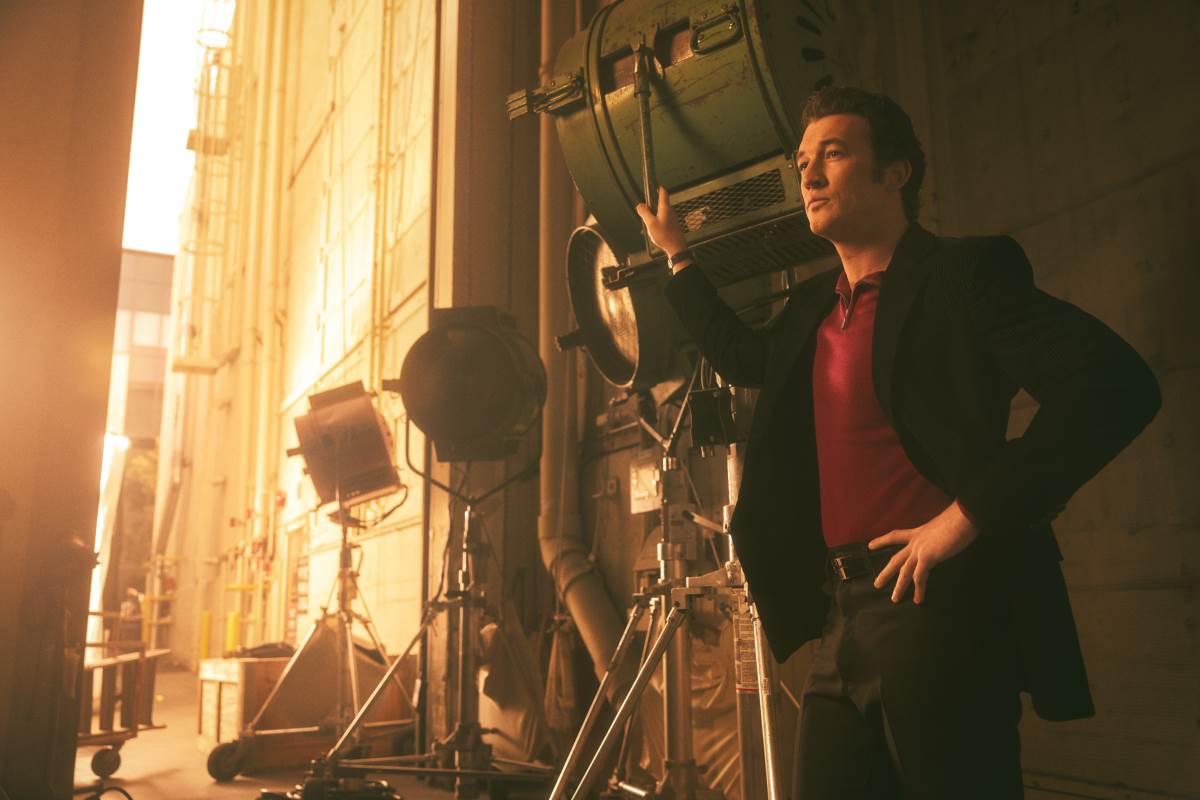 Playing producer Al Ruddy is Miles Teller, who also serves as an executive producer on the series. “When I met him, he was like, ‘Listen, kid, if playing the part of Al Ruddy doesn't work out, I've got two other projects I think you'd be perfect for,” Miles reminisced about meeting the persona he embodies on screen. “He's an underdog and he's out of his comfort zone constantly. And yet he just continues to press on. He only knows how to go forward. He doesn't know how to go backward. And the fact that he's still doing it, you know, in his '90s, is just really a testament to the man and his character and everything he stood for. So it was really a pleasure and an honor to play him in this.”

Portraying Paramount’s head of production Robert Evans is Matthew Goode. “I didn't think I looked anything like him,” the actor shared of his confusion about being offered the part. “As Bob said himself, about anything, there's always  your version, the other person's version, and then the truth… I found out a lot from talking to people, just being in Hollywood.” Through meeting people who knew Robert Evans, Matthew was able to craft a performance that was also aided by the executive’s signature eyewear. “One of the things that was very useful was when Juno [Temple] came in, and she had a friend who bought a pair of his real glasses at an auction after he died. And she showed them to me… They have bite marks all up and down the arms. So that was a tiny part of it. But having seen that, I was like, he was kind of stressed, sits there chewing the hell out of them when he's on the phone and that kind of thing.”

Juno Temple plays Al’s secretary Bettye McCartt. “There really is not a lot of information to find out about her,” Juno revealed. Executive producer Dexter Fletcher tasked the cast with creating a back story for their characters, with each actor revealing their take on their character at a group rehearsal. “It was such a profoundly brilliant experience because you're sitting in a circle of faces that you know potentially from work that they've done, whilst they are then potentially playing characters that you know really well, or you don't know so much about, or you've just heard their names, or you don't know anything about them at all. And each person had done such extraordinary research, whether they were making up what they could with the little information they found on the internet, or whether they really had these facts. It didn't matter, because suddenly you were in a room with these people and it made sense why they were going to be involved in the making of The Godfather.”

“When they asked me to do this, the only story I knew about making The Godfather was that Mario Puzo got into a fight with Frank Sinatra at Chasen's,” series creator and executive producer Michael Tolkin joked. “So I had five minutes in the show written, and I just needed nine hours and 55 minutes more to fill it in.” Playing author Mario Puzo, who also helped adapt the screenplay, is Patrick Gallo. “Patrick Gallo has an incredible energy and heart that he brought to the role,” executive producer Dexter Fletcher added. “We understood that Mario Puzo was someone who wrote from a very personal place and brought this kind of energy and family feel to that book. He's so immersive in that. And Patrick brought all of that enthusiasm and heart and warmth to it, so we could create around that heart and warmth this story that was detailed through a family perspective.”

Like The Godfather, The Offer is a series about family, blood or otherwise. Paramount+ is making an offer you can’t refuse, with the first three episodes now streaming and new episodes releasing on Thursdays.