Spider-Man is a character whose story has been told countless times in a whole ot of different ways. There are all kinds of Spider-people in the Marvel universe these days and they all have their own story to tell. One of those stories is set in the distant future.

“Spider-Man 2099: Exodus Alpha #1” is a a start to a new story for the futuristic version of the beloved character who is now dealing with a sinister group known as the Cabal. And while the setting and even the Spider-Man himself may be very different, it turns out, the story isn’t all that new. 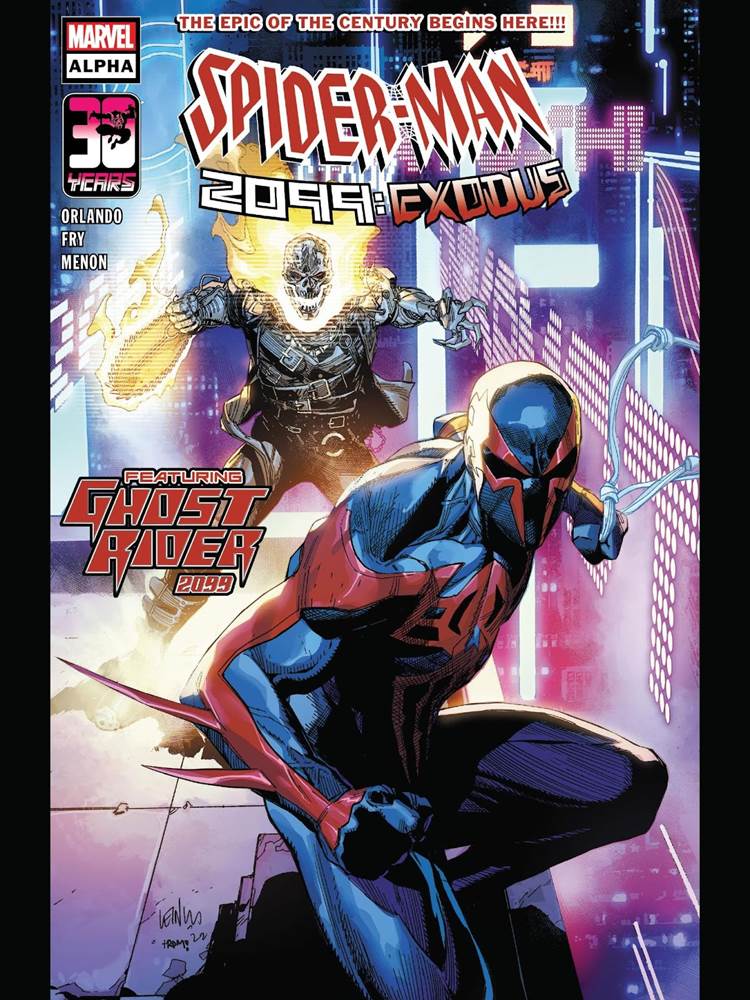 An evil group known as the Cabal is wreaking on Nueva York. Citizens aren’t safe to walk the streets of the city without being stopped and harassed by one of their henchmen. Luckily, for them, Spider-Man is still patrolling those streets, even in 2099.

But the plan of the Cabal is so much bigger than just the streets of Nueva York. Future Spidey uncovers the motives of this group – to take advantage of a new Garden of Eden created by a massive explosion, which is mutating the terrain. And of course, with great power and all that.

Things take a bit of a turn though when Spider-Man learns that Ghost Rider is already on the case. Together they try to uncover this giant conspiracy before it cause people to break put in a full panic. The real question though is: who is pulling the the Cabal’s strings? 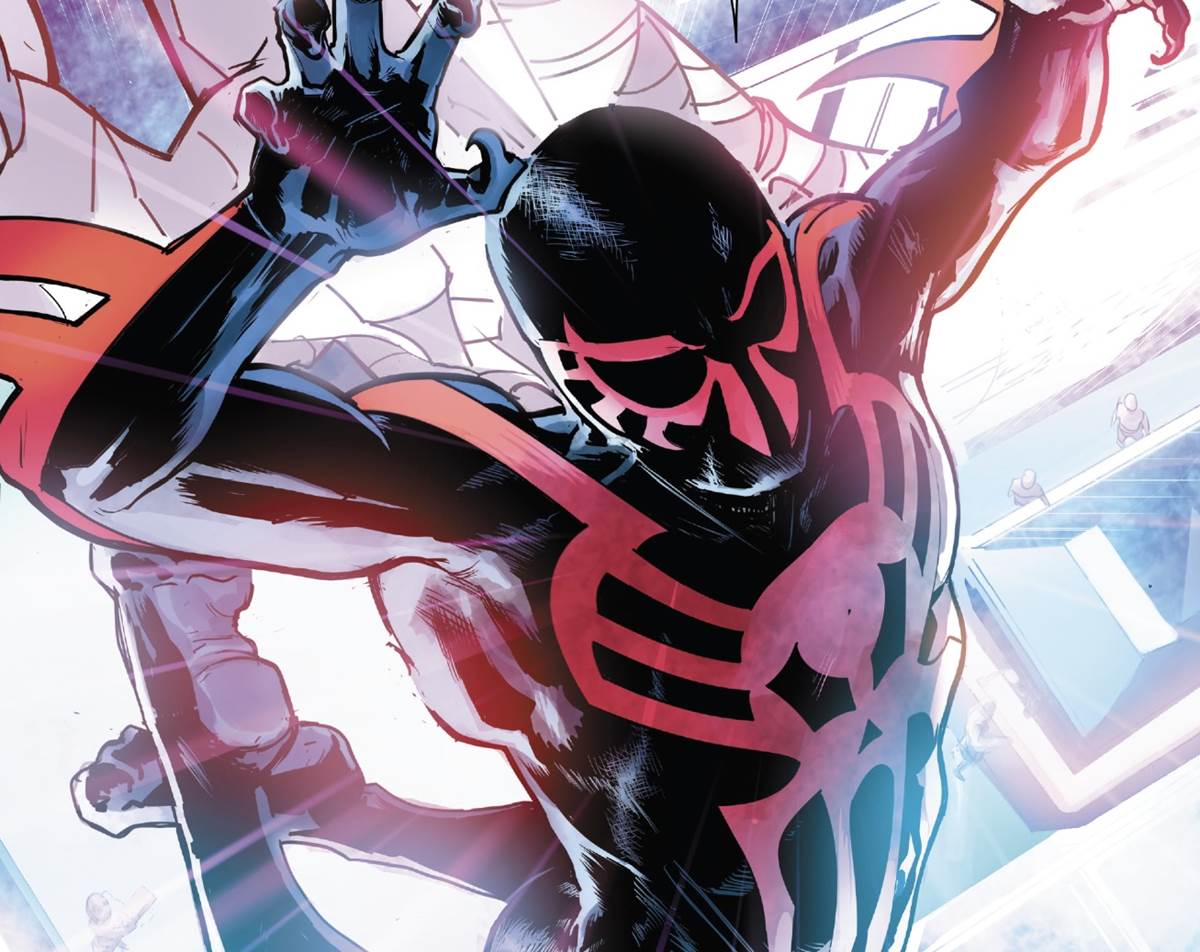 Spider-Man 2099 has always been a fun character. With all the relatability of Peter Parker, Miguel O’Hara is a familiar character just with a massive tech upgrade. He is a bit more brooding that Peter, which gives him a bit of an edge that Spider-Man doesn’t always have. It’s a great spin on the character and one of the coolest character designs ever.

That being said, if you’re not at least a little familiar with this character already, this is not going to be a good jumping on point for you. Despite it’s “Alpha” title and it’s “#1” assignment, it heavily relies on the reader knowing a thing or two about this character and his universe. Otherwise, it’s going to be a little bit confusing. Another factor for that confusion is the futuristic setting. Of course, with a story being set in 2099, there’s going to be some futuristic lingo. That doesn’t exactly come with a guide so there may be a few double takes on those speech bubbles. It’s not detrimental to the story, but it can definitely slow you down a bit.

The best part about this first issue is without a doubt the cliffhanger ending. The issue really accomplishes its mission, with it being an Alpha and getting fans excited for what’s to come. The leader of the Cabal is someone who will get a lot of Spider-Man fans excited for the future of this story.