“It’s been incredible,” Scarlett Estevez said on playing the lead role in the brand-new Disney Channel series Ultra Violet & Black Scorpion, which premieres Friday, June 3rd at 9/8c and will also stream on Disney+ beginning June 8th. The actress is a familiar face to Disney Channel viewers, having played Gwen Flores on Bunk’d and starring in the Disney Channel Original Movie Christmas Again. “It’s such a special part and it’s such a special show and I’m so happy that I can say my first time being a lead on a series was this project.” 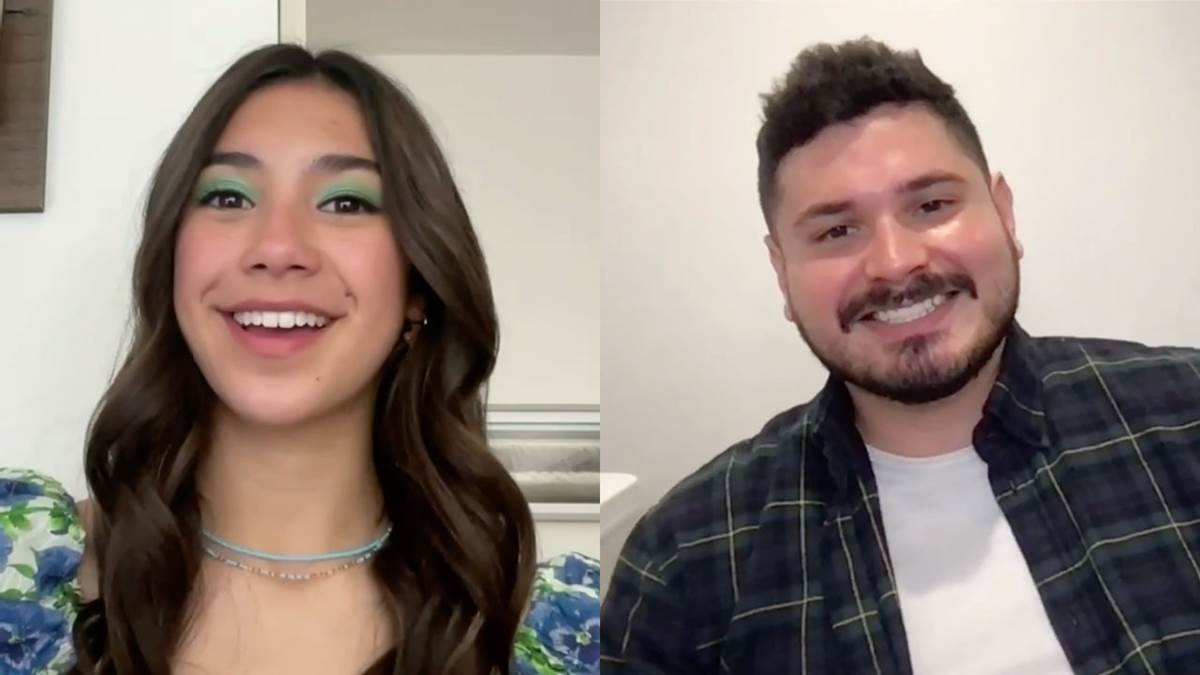 I had the pleasure of speaking with both Scarlett Estevez and her co-star J.R. Villarreal and you can watch the full video interview below. J.R. plays Scarlett’s uncle Cruz De la Vega on the show, a character who not only runs a wrestling gym but moonlights as the masked superhero Black Scorpion. “I wrestled in high school but not Lucha Libre style,” the actor explained, adding that he was a fan of professional wrestling like WWE. “What the luchadores do is more acrobatic, it’s more incredible. I learned what I could from our team, from [Stunt Coordinator] James Lew and the entire stunt team, and our luchador consultants. It was so fun to learn all that.”

Violet Rodriguez, played by Scarlett Estevez, becomes the superhero Ultra Violet when she is chosen to join her uncle by a magical luchador mask. For Cruz, the transition into Black Scorpion is a suit and a temporary tattoo that gets applied to J.R.’s right arm. For Scarlett, however, the process takes about an hour to complete. “The transformation is so cool,” Scarlett shared. “There’s hair, there’s makeup, there’s this suit that you had to get on, the shoes that you have to lace, and then the mask that you have to put on. It’s an amazing transformation, it feels really cool once it’s all the way on.”

Both Ultra Violet and Black Scorpion have superpowers, with lots of stunt choreography required to bring each character to life. Ultra Violet can travel at the speed of light and when she stops, there’s always a gust of wind around her, an effect that was surprisingly simple. “Every time I would run onto set there’s a leaf blower, that was really funny,” Scarlett joked. Ultra Violet is often cast in a purple light when she’s using her powers, which is another practical effect. “They also had this purple glowy stick that they would have to walk around the area when I run,” she shared.

Don’t miss Scarlett and J.R. as Violet and Cruz, aka Ultra Violet & Black Scorpion. The series premieres Friday, June 3rd at 9/8c on Disney Channel and the first 10 episodes will be available to stream on Disney+ beginning Wednesday, June 8th.