In my ongoing efforts to learn more about the important animators of the Disney Renaissance, oddly one recurring title that comes up is one that many wouldn’t expect. 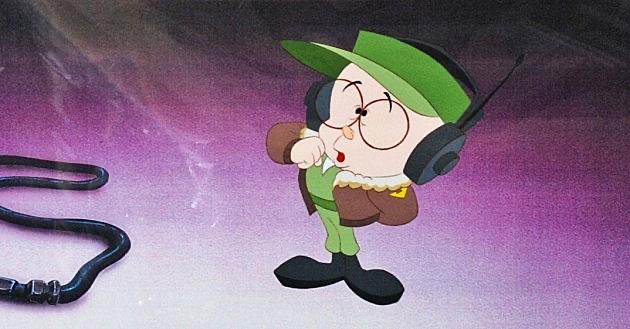 Let’s get this out of the way. Based on Box Office results, many people believe The Little Mermaid to be the beginning of the Disney Renaissance. But what does “renaissance” mean? Rebirth. And for many fans and enthusiasts, the lowest point in the history of Disney Animation came after The Black Cauldron, which would put The Great Mouse Detective square at the beginning of a rebirth. Plus, that film has advances in computer animation and saw many artists of the era begin to come into their own and out of the shadows of Walt’s animators. 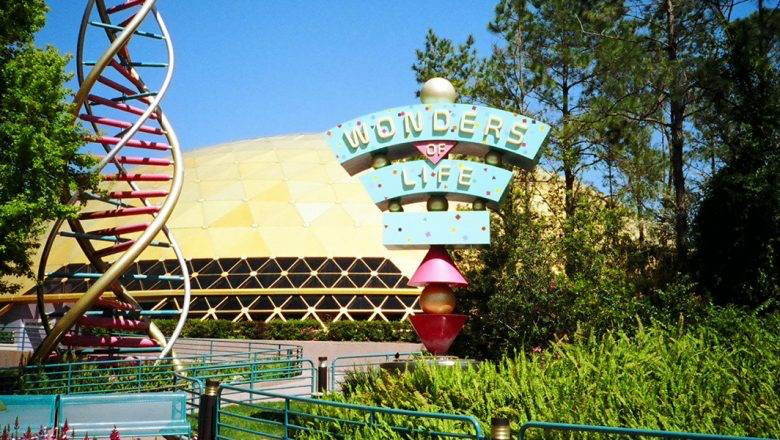 The same year that The Little Mermaid was released, 1989, was also when the third theme park at Walt Disney World, the then-called Disney-MGM Studios opened to the public. While that happened in May, a whole new pavilion was on the horizon over at EPCOT Center, Wonders of Life. Though the whole story of that pavilion and its attractions are worthy of more articles, today we’re focusing on one aspect of one of those attractions, Cranium Command.

The attraction, which started out as different variations of what inevitably became a theater show where guests view the inner workings of a boy’s mind, has already had its roots firmly in the realm of animation. The show, in its developmental process, was heavily inspired by the Walt Disney Studios production, Reason and Emotion, which was a WWII film that can now be found on the Walt Disney Treasures: On The Front Lines DVD set.

Though under the guise of the War Efforts, the short demonstrates how a person adopts their ability to solve problems through logical reasoning (the head) or through emotional passion (the heart). It was this that served as a jumping off point for many of the early drafts of what became Cranium Command.

Eventually evolving into a Star Trek-like parody of how the brain works, with a captain on the bridge overseeing the operation of the human body, the show was originally intended to feature numerous animatronic figures as well as separate animation sequences of other body part characters that would be displayed on projection screens throughout the theater. 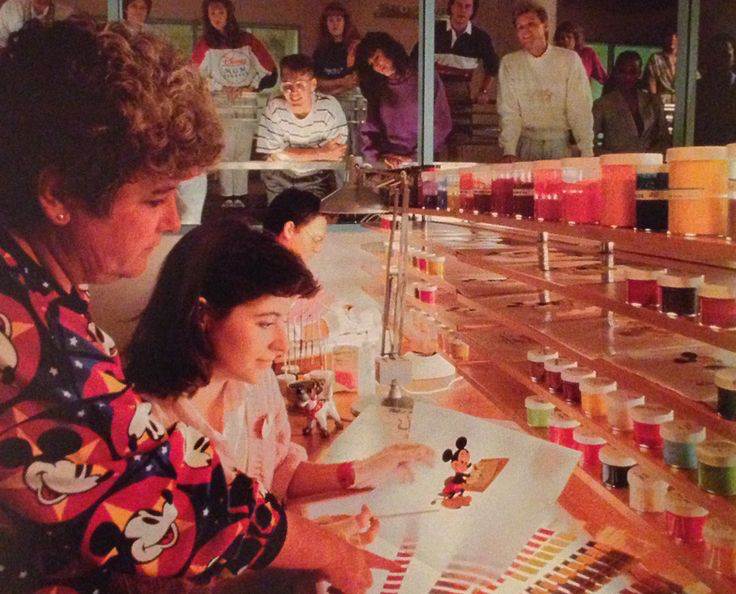 Now, reportedly at the opening of the Disney-MGM Studios, Disney top brass, who then consisted of CEO Michael Eisner and Studio President Jeffrey Katzenberg weren’t particularly thrilled with how the show was playing out, and the studio working with Walt Disney Imagineering at the time, Colossal Pictures, was cut. The project then found its way over to Walt Disney Feature Animation and their then-president, Peter Schneider. Cranium Command would now be under the direction of a former animator himself, Jerry Rees. Rees previously worked on The Fox and the Hound, Mickey’s Christmas Carol, and the aforementioned The Black Cauldron, but more importantly he had recently served as director of Back to Neverland, the film shown during The Magic of Disney Animation tour at the new Disney-MGM Studios theme park. 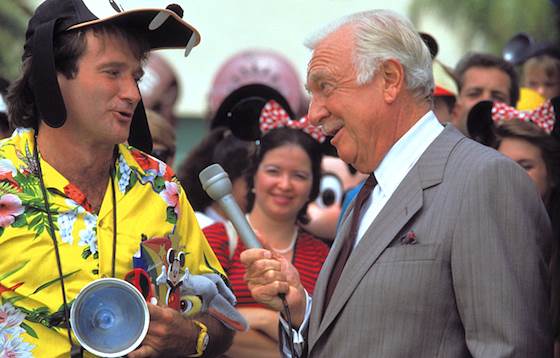 Together, Rees worked with Schneider, and several at Walt Disney Imagineering including Marty Sklar, Tom Fitzgerald, and other Disney Execs including Eisner and Katzenberg who “loathed” the original version of Cranium Command, and its condescending and outright educational (read: BORING) tone. Tasked with only keeping the character of General Knowledge and the main theme of stress management, as dictated by the pavilion’s sponsor, Metropolitan Life, Rees now had the creative freedom of starting from scratch but only had 5 or 6 months in which to pull off the new show before it opened. 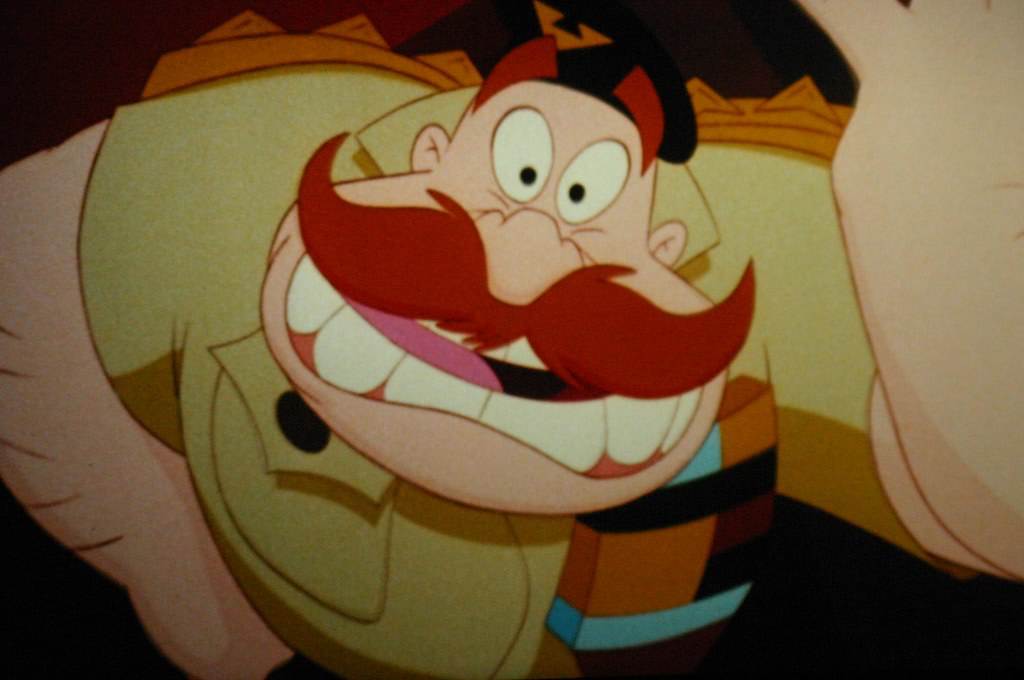 So, cut over to Walt Disney Feature Animation’s Florida Studio, where park goers early on could see some storyboarding in progress for a production that wasn’t going to hit theaters nationwide, but rather a special theater only a mile or so away at EPCOT Center. That’s where the development of the new project took place. Rees had assembled a team to put this together, but so he could focus on the main show, he had two story artists take the helm of the preshow. The pre show itself was reportedly to have been directed by Rob Minkoff, who left the project in favor of helming a Roger Rabbit short, Roller Coaster Rabbit. So, that left a then-unknown Gary Trousdale and Kirk Wise to take over the preshow.

Do those names sound familiar? If so, you’re ahead of me.

Animators Nik Ranieri, Tom Sito, Pete Docter and others all worked on the preshow under Kirk and Gary and together with the main show under Jerry Rees, got everything done to see the attraction open in time in October of 1989. The attraction, set up by the brilliantly animated pre-show, tells the story of Buzzy, an upstart Cranium Commando who is set to pilot the brain of a 12-year old boy and navigate him through a day at a school that includes the stresses of class, bullies, and meeting a girl he likes. Though the animated characters in the main show were dropped in favor of popular actors and comedians of the era (Charles Grodin, Jon Lovitz, Dana Carvey, Kevin Nealon, etc) that pre-show is fully animated with cut outs and traditional hand-drawn animation.

In fact, Director Kirk Wise says that this is the final production to come out of Walt Disney Feature Animation that is traditionally hand inked and painted and that timeline checks out. The next project from Walt Disney Feature Animation was The Rescuers Down Under, which is not only the first Disney animated feature to use the Computer Animation Post-Production System (or CAPS), but is also the first digital movie made in Hollywood. The use of that system digitally assembles all the art and digitally inks and paints the “cels” of the animation as well. While CAPS was used on The Little Mermaid prior, its use was limited only to specific scenes and shots in that film. 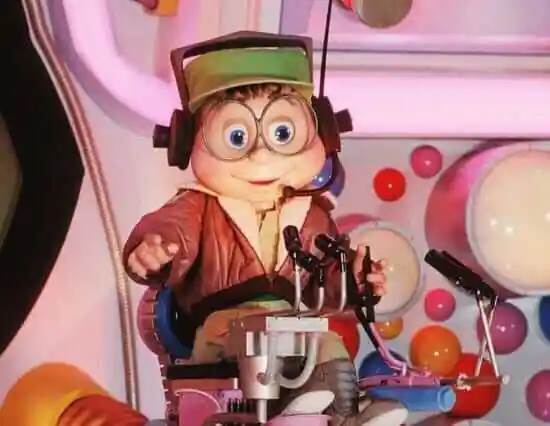 When the pavilion opened at EPCOT Center, Cranium Command was largely overshadowed by EPCOT’s first thrill ride that opened up mere feet away at the exact same time, the flight simulator attraction Body Wars. This left Cranium Command largely overlooked but to many, it was considered a sleeper hit and one of the most underrated attractions at all of Walt Disney World. One person who loved it? Jeffrey Katzenberg. Especially the pre-show that set up the whole story of the attraction. Reportedly he claimed to have enjoyed the pre-show more than the actual show. 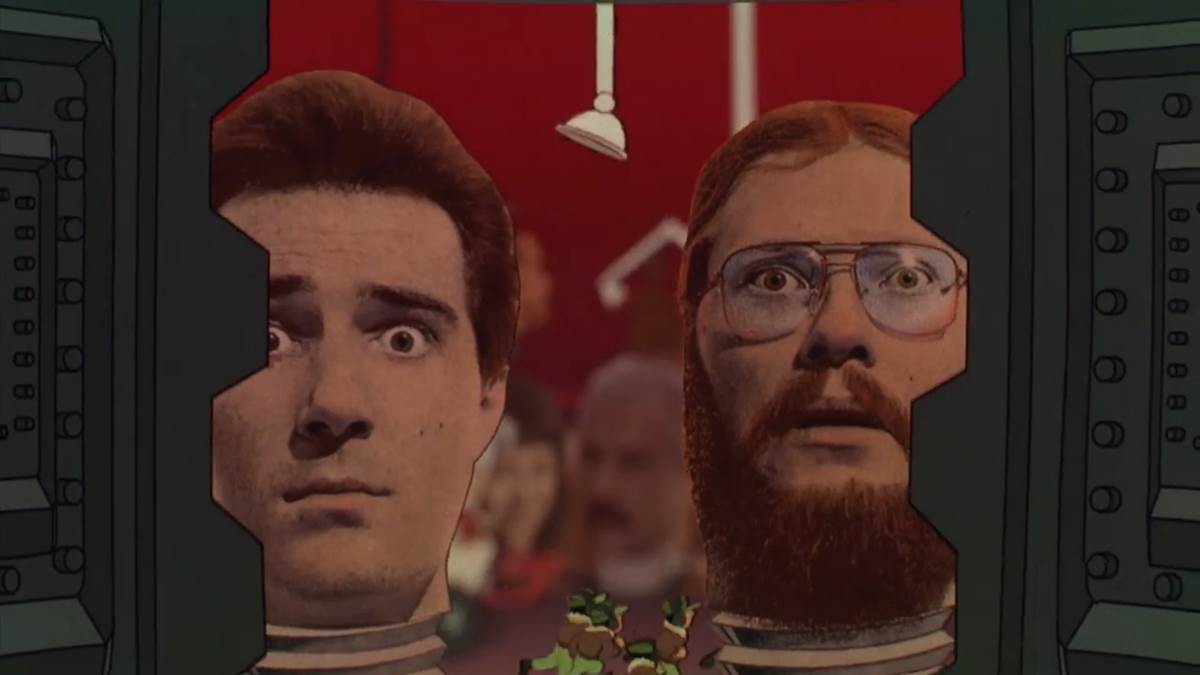 Back in Burbank, another project at Walt Disney Feature Animation, Beauty and the Beast, was experiencing its own story troubles when its director, Richard Purdum was filling it with drole characters and stuffy story points (Read: BORING). A new director was needed for that production. Katzenberg called Kirk Wise and Gary Trousdale who had just finished Cranium Command’s pre-show and assigned them to the role of “acting directors” on Beauty and the Beast while that project was basically retooled and reworked. 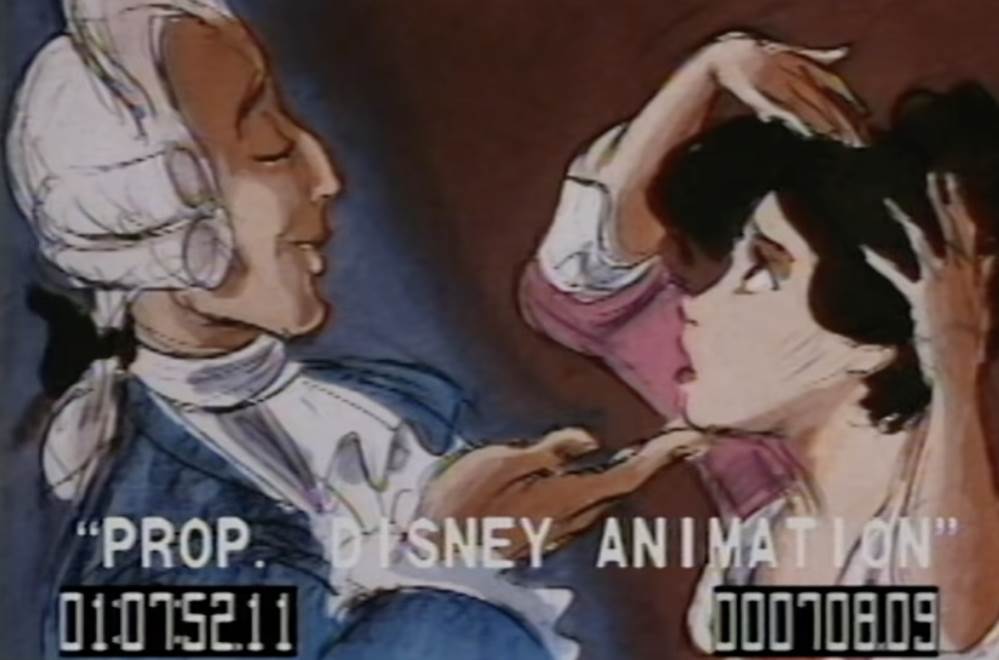 Together, the duo rebuilt and reshaped Beauty and the Beast into the powerhouse renaissance hit it became.Doing much of what they did to Cranium Command, injecting a bit of whimsy, enchantment, magic, and most importantly, FUN into the film. Beauty and the Beast garnering critical acclaim, mega box office success, and even became the first animated feature ever to be nominated for the Best Picture Academy Award. When asked about he and Wise taking over the production of Beauty and the Beast, Trousdale even stated that he felt like a cockroach in a kitchen, and when the light came on he and Wise were the only ones who didn’t run away, hence why they got their assignment. Anybody who saw the Cranium Command pre-show knows that to be patently untrue, as the two know how to set up a story and provide an entertaining and engaging film, even in just 4 and a half minutes. 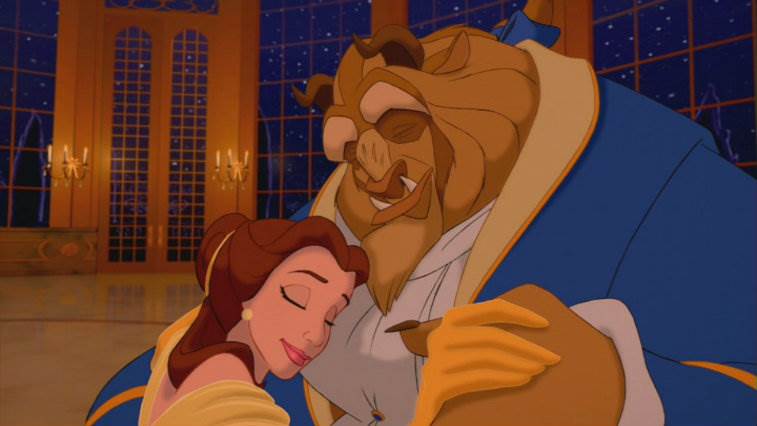 Tom Sito, who also animated on the pre-show went on to work on many of the films of the era, including Beauty and the Beast, Aladdin, The Lion King, and followed Katzenberg over to Dreamworks SKG where he worked on Spirit: Stallion of the Cimarron and the first Best Animated Feature Oscar winner, Shrek. 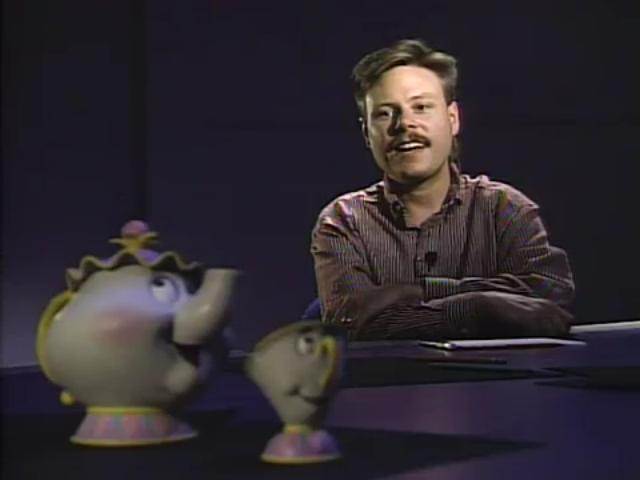 David Pruiksma, who also animated on the preshow overseeing the animated version of Buzzy, went on to design and animate Mrs. Potts in Beauty and the Beast with Kirk and Gary. He stuck by the duo, working on their later films The Hunchback of Notre Dame, where he oversaw the gargoyles, Victor and Hugo, and later on Atlantis: The Lost Empire, where he designed Mrs. Packard and Mr. Harcourt. Nik Ranieri, though previously worked on films like Who Framed Roger Rabbit, joined Wise and Trousdale on Beauty and the Beast, where he oversaw the character of Lumiere, designing and animating the iconic candelabra. The Cranium Command Pre-Show wasn’t his last work for a theme park though, as he also made the jump to the computer to animate Lumiere once again for that character’s performance in Mickey’s Philharmagic, a 3-D presentation that is at several Disney Parks around the globe. Ranieri is also responsible for other fan-favorite characters, including Hades from Hercules, and Kuzco (as both a human and a llama) from The Emperor’s New Groove.

The most interesting alum situation has to go to Pete Docter, who admittedly “slipped through the cracks” while working at Walt Disney Feature Animation and found himself working on Cranium Command as his first job at the studio. He later went on to be among the first animators hired at Pixar Animation Studios, where he found himself directing the smash hit Monsters, Inc. and the Academy Award winning Up and Inside Out before becoming the Chief Creative Officer of the studio. Inside Out is a story about emotions that pilot a young girl throughout her daily life. Seems a little familiar, but in the interview below, Docter says he never made that connection until about a year into production of that film. After all, his work on Cranium Command was a several month blip almost over 20 years prior.

Kirk Wise and Gary Trousdale found great success after their little assignment on Cranium Command, going on to helm Beauty and the Beast, The Hunchback of Notre Dame, and Atlantis: The Lost Empire. The two are even considered part of the Disney Animation story trust, and can be seen in the forbidden documentary The Sweatbox giving story advice to the troubled production, Kingdom of the Sun/The Emperor’s New Groove. They can be found hidden throughout the preshow, and the monotone drone of the Hypothalamus in the main show? That’s Kirk Wise, too. Also, just throwing this out there, Natalie Gregory who played Annie in the main show is also the voice of Jenny in Oliver and Company.

So, while you may have gone to EPCOT and caught a fun little show about how the human mind and body work, you also saw a rather historic short film that was the last thing hand inked and painted by Walt Disney Feature Animation, and a project that planted the creative seeds that helped fuel the Disney Animation Renaissance and beyond. Cranium Command (and its preshow) closed officially in January of 2007 and have not been made publicly available in any official way by the Walt Disney Company. However, many video recordings of it can be found on YouTube and across the internet.