National Geographic Kids and ESPN continue to make math fun with the latest entry in the It’s a Numbers Game! series. Taking on American football, Author Eric Zweig breaks down the history of the sport, how it’s played, and why numbers are so critical to it. Math is folded in through palatable facts and statistics in a way that will make any reader feel like It’s a Numbers Game! Football is more of a sportsbook than an examination of math and science. 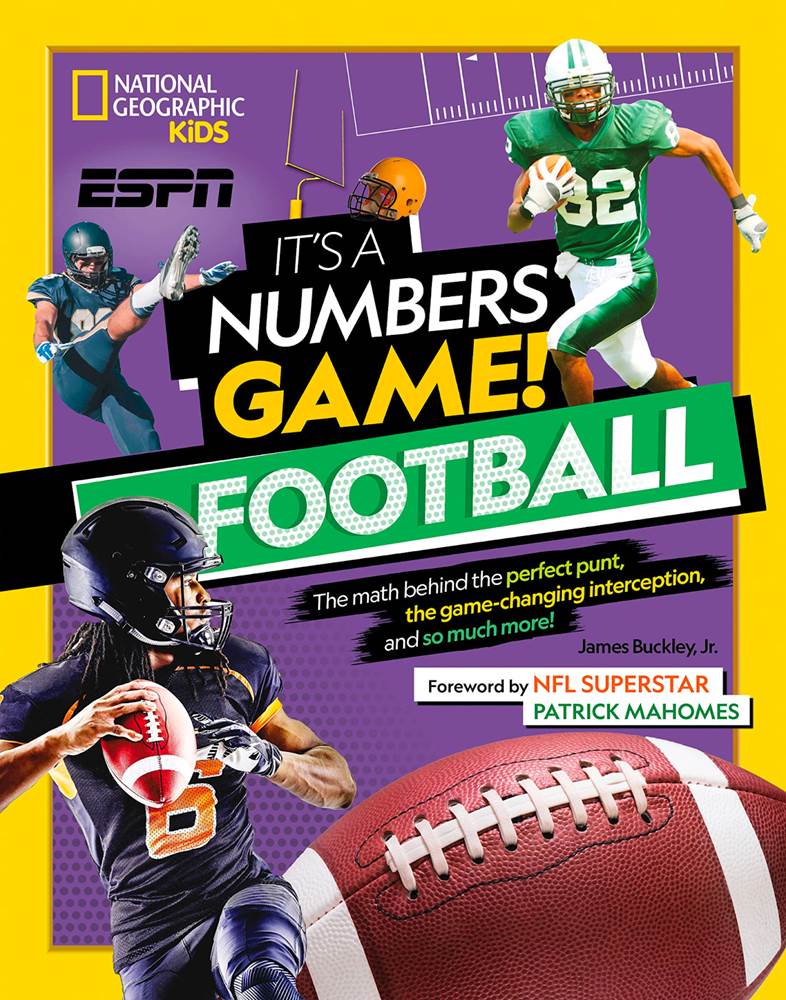 Beginning with a foreword by NFL player Patrick Mahomes of the Kansas City Chiefs, readers have confirmation from a Super Bowl champion that numbers matter. The book is divided into seven chapters, starting with a look at the sports’ origins through the merger of rugby and soccer (better known internationally as football, a name that stuck with the game). As readers unlock the history of the sport, they also read about how it differs in the U.S. and Canada.

The bulk of the book is about all the details of the game. From the size of the field and layout of its striping to all of the specialties of the players. With a colorful layout and lots of photos, it’s an easy read that also includes pop-up facts and exercises called “Pencil Power” that let kids use the football teachings they just learned to solve a math problem. For example, after learning about how the NFL is divided between the AFC and NFC, it asks readers to use math to figure out how many teams there are in the NFL. Each chapter also ends with a “Try This” activity, with Patrick Mahomes introducing his favorite in the foreword, creating a podcast with friends that compares the stats of 15 players.

It’s a Numbers Game! Football is a quick and easy read for kids who love football that also encourages them to care about math. Kids who play on a football team will also find helpful information to improve their own performance and find football heroes to look up to (including two female coaches). But whether your child plays football or just loves to watch it, National Geographic Kids and ESPN offer a fun and engaging look at the sport and why math is so important to it. 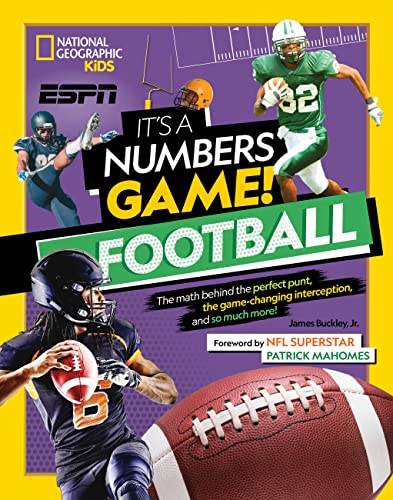