Eli Manning is back as he continues to explore the world of college football in a brand new season of Eli’s Places on ESPN+. After this brother Peyton took us through the NFL and several other athletes – like Abby Wambach, Vince Carter, David Ortiz, Ronda Rousey and others – took us through their respective sports, it’s time to dive back into some football.

The third episode, titled “Magic Numbers,” finds Eli traveling to some of the most well-known football programs across the country in search of the most magical jersey number in the game. His search has him meet with some of the greatest players in the history of the game. 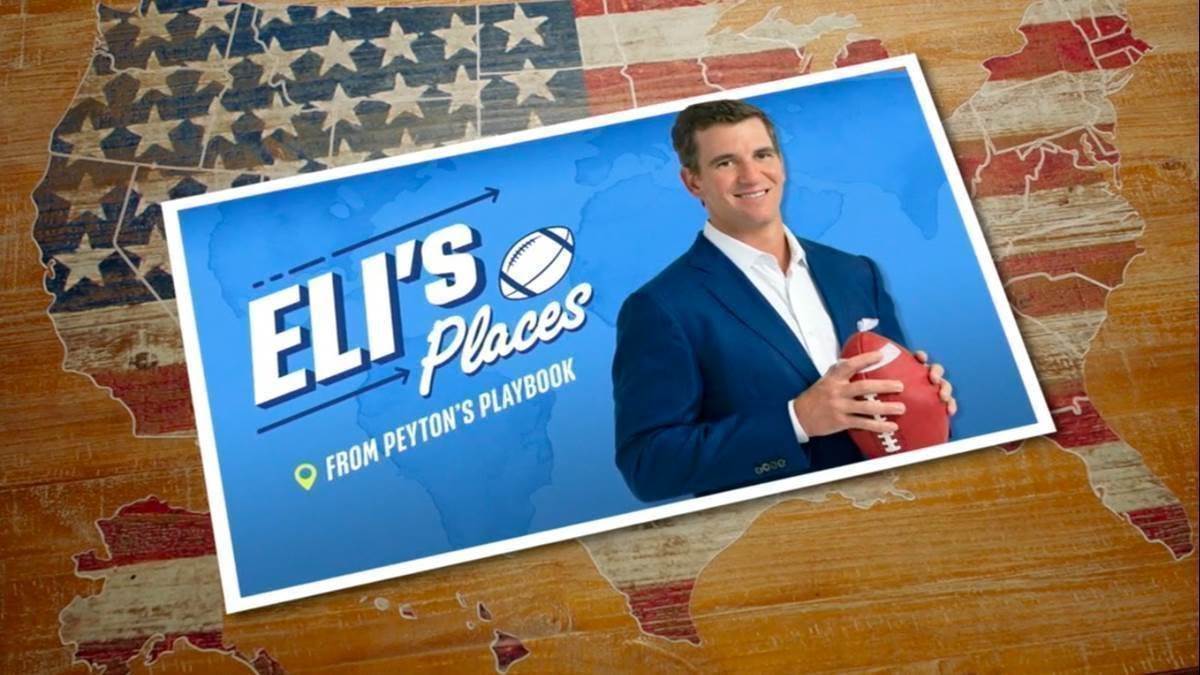 Eli’s first stop this week was USC, where he sat down with former linebacker Willie McGinest to talk about the number 55. McGinest explained some of the history of the number at USC, which started with Junior Seau and was passed down to him. The number has since been passed down to the top linebacker at USC and some of the best in the country. Naturally, Eli has to try and earn his way into the “55 Club” himself, by running through some linebacker drills. Of course, it doesn’t go so well for Eli so instead of a number 55 jersey, he gets a Trojan costume and a sword.

Eli’s next stop is Notre Dame, where he met with Rick Mirer to discuss the number 3. The number was worn by legendary quarterback Joe Montana at the school before it found its way to Mirer, who was told “the greats always wore a single digit” when he got to the school. Interestingly, Eli points out that the sons of all the iconic number 3-wearing players at Notre Dame have opted to wear different numbers. Mirer explains that they likely all want to have their own identity and not live in the shadow of the number. Next, Eli heads to Syracuse to meet with his former coach, Tom Coughlin, to talk about the number 44. The number was worn by a trio of great running backs: Jim Brown, Ernie Davis and Floyd Little. The old coach-player combo sit down to watch some old footage of all three players. It’s always fun to watch highlights of legendary players and these are some of the best. Eli then gets a chance to torture his old coach by rolling some of his film from his time playing at Syracuse.

This is a fun episode that feels like it deserves a part two. There are so many numbers like this in college football at some of the biggest programs in the country that are on par with the ones explored in this episode. Getting to see Eli talks to players who are not only arguing for the traditions of their school but also their specific jersey number is a fun dynamic.

You can watch Eli’s Places on ESPN+ now. Fans can subscribe to ESPN+ for just $6.99 a month and can cancel at any time.