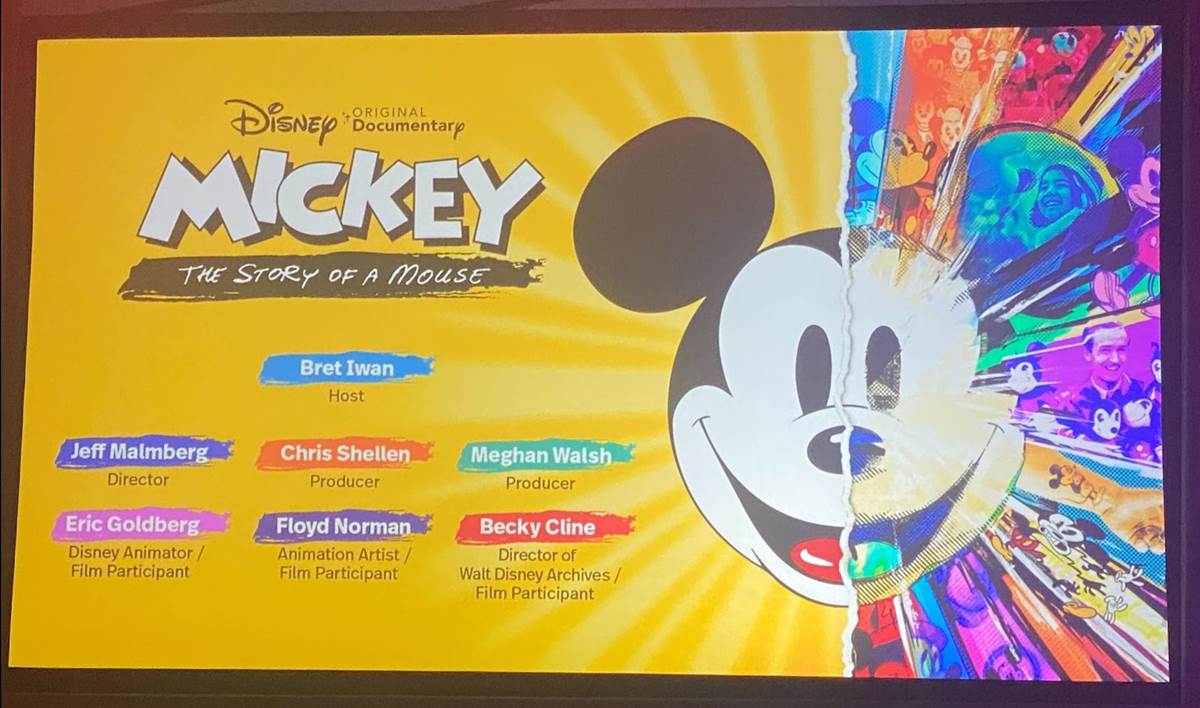 Mickey Mouse is perhaps the most recognizable face in the world, and we’re about to learn his story. Coming this fall to Disney+ is the feature-length documentary Mickey: The Story of a Mouse, and in celebration of the upcoming film, a preview and panel discussion was held at this past weekend’s D23 Expo 2022 in Anaheim, California.

The panel began on Sunday morning with the debut of a teaser trailer for Mickey: The Story of a Mouse. A different, shorter edit of the documentary’s trailer was subsequently released for the general public to see on YouTube.

Then host Bret Iwan (current official voice of Mickey Mouse for the Walt Disney Company) took the stage and introduced panelists Jeff Malmberg (director of Mickey: The Story of a Mouse), Chris Shellen (producer of the film), Meghan Walsh (another producer), legendary Disney animators Eric Goldberg and Floyd Norman, and last but definitely not least the director of the Walt Disney Archives, Becky Cline. In the video below, you can watch the full panel (with the exception of the video clips from the film, which we were not permitted to record) as the participants discuss the making of the documentary, Mickey’s long and storied history, and the exciting new hand-drawn animated short “Mickey in a Minute,” which Goldberg created alongside two other animators in conjunction with the film.

Disney+’s official synopsis for Mickey: The Story of a Mouse is as follows: “Mickey Mouse is recognized as a symbol of joy and innocence in virtually every corner of the globe. Mickey became an overnight sensation when he starred in the first sync-sound animated short, Steamboat Willie. Through the decades, he evolved into strikingly different versions that reflect both his creator’s remarkable career and dramatic societal shifts in the nation he came to represent.”

Mickey: The Story of a Mouse will premiere Friday, November 18th, exclusively on Disney+.