“Showrunning has become harder,” Quinta Brunson confessed during a TCA panel to promote Season 2 of Abbott Elementary, which premieres tonight on ABC. After the runaway success of Season 1 and 3 Emmy wins, the creator, executive producer, and star has had to give up her showrunner title. “Between acting, writing, and showrunning and press and stuff, all I can do is just focus on the creative. So my co-producers, Patrick Schumaker and Justin Halpern, they were already incredible. They stepped it up with support with everything else that comes with showrunning. And our director has been amazing with the process and really supporting me.” 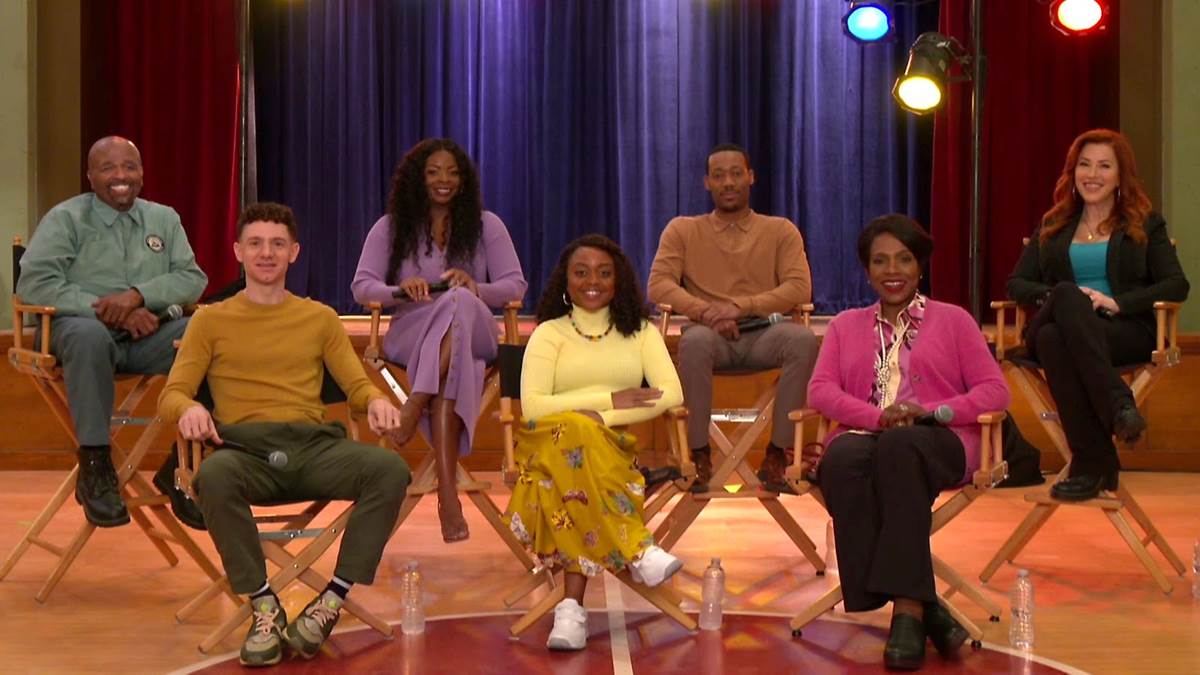 Season 2 will remain focused on the teachers and their jobs at Abbott Elementary, but their worlds will be expanded by inviting audiences into their homes. “Melissa's family is very much like my family,” confessed actress Lisa Ann Walter. “They are loud, they fight, they love each other, they say their feelings, they over-do. I think it is exactly what you might expect from Melissa's family. But in this case, it is a very evenly matched duo that has some old beef with each other, so it is a lot of fun to watch, and I am just concerned that my personal sister might think that it has to do with her.”

“I would love a [Jacob] and Ava storyline,” shared Janelle James about the dynamic between Ava’s overconfidence and Jacob’s meek nature. “No one tells me what is coming in advance because I talk too much. So I am hoping that me and Chris get to team up in a scene.” However, any assumptions that Chris may toughen up around the principal should be tossed aside. “Maybe he will show me to be nicer or one of those things.”

“There won't be any overnight Jacob becoming a different person,” Chris Perfetti corrected. “That is a quality and aspect of him that I can really relate to, and I think it is really an endless fount of humor, so I am all about hanging out with Ava as much as possible. I think that is a dynamic that we can explore more.”

These actors aren’t teachers, they just play one on TV, but the real children portraying their students are prone to getting confused. “One of the kids asked me that today who came in,” Tyler James Williams shared. “‘Are you going to be my teacher?’ ‘More or less, sure,’” he laughed about the exchange. “They add a certain something to this show that you just can't get anywhere else. Because they are not hyper-professional, and they do a very good job, but they are not trying to chart out their careers immediately. We get a lot of really fun energy here. We get they are just as responsive in the scenes as we are. And as an actor, it stops it from getting stale.”

Another thing that’s not getting stale is the euphoria of an Emmy win, with Sheryl Lee Ralph bringing home the award for Outstanding Supporting Actress In A Comedy Series for her role as Barbara Howard. “I have been on the verge of tears all day, all night,” the actress revealed days after her big win. “It has been unbelievable, and it continues to be so. It's been very special. Like nothing I have ever, ever experienced before. Ever… And I thank all the Barbara Howards too because they have let it be known how happy they are. And I don't think I could be happier.”

For now, the biggest challenge for Abbott Elementary is keeping the momentum going and avoiding the sophomore slump. “The first season was much easier to do because we got to film and edit and write the majority of the season before it even went to air,” shared Quina Brunson. “This year we will be in different situations where we will still be filming and writing when the show starts airing. I guess what we learned from last year was to trust what we did. We did a very good job. We really got to be in this bubble and create this wonderful first season of television. And I think the lesson we learned was to do the exact same thing again. It is harder for our cast. They are getting pulled in many directions for press and stuff like that. But the writers’ room is trying to stay focused, hone in, and continue to write the show that we know and love. More episodes have been exciting, but also, I want to make sure that we have things for people to tune into and be excited about each week. That's just hard to do with 22. With 13, I knew I could put something in there that would make people show up. In this ever-changing, but binge-worthy climate, this is not something people would be able to binge immediately. So I want to make sure they will be back with us every week that we are on the air.”

You can tune in to Abbott Elementary Wednesdays at 9/8c on ABC. New episodes will be available to stream on Hulu the day after they air.