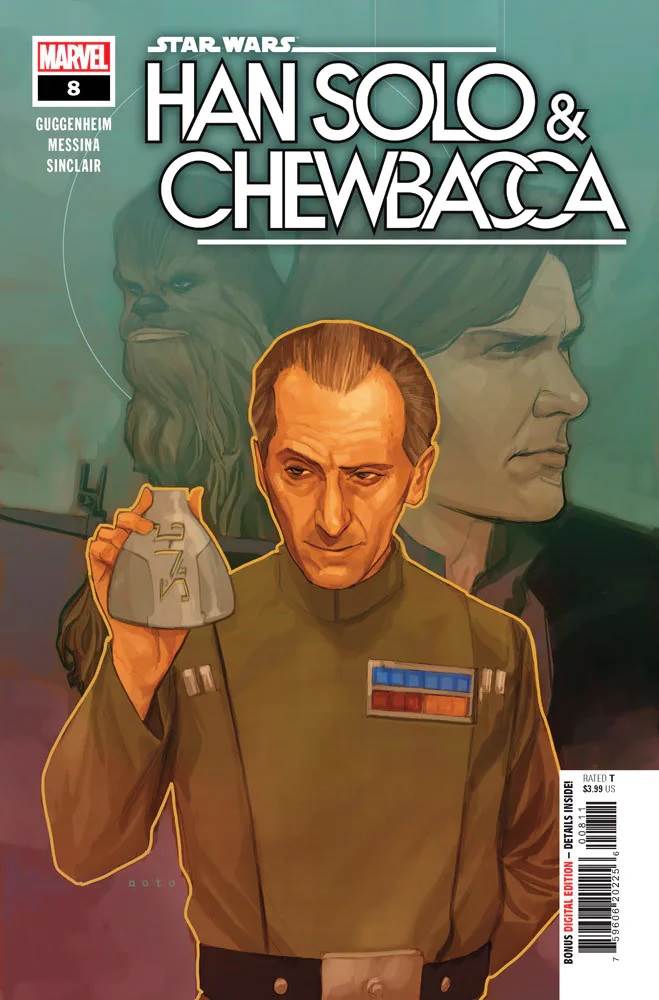 I’m sure I’ve said this before in these reviews, but it bears repeating– I’m getting pretty tired of heist stories. I just feel like they’re all over the place in popular culture these days, and even in the Star Wars storytelling universe we’ve seen them pop up with regular frequency in recent years– there was even an entire arc of Andor devoted to a heist.

So when I realized that this week’s new issue of Star Wars: Han Solo & Chewbacca– released yesterday– involved yet another heist, I have to admit my heart sank a little. The first arc of this Marvel comic-book miniseries was already a heist-gone-wrong, so we’re right back to where we started. 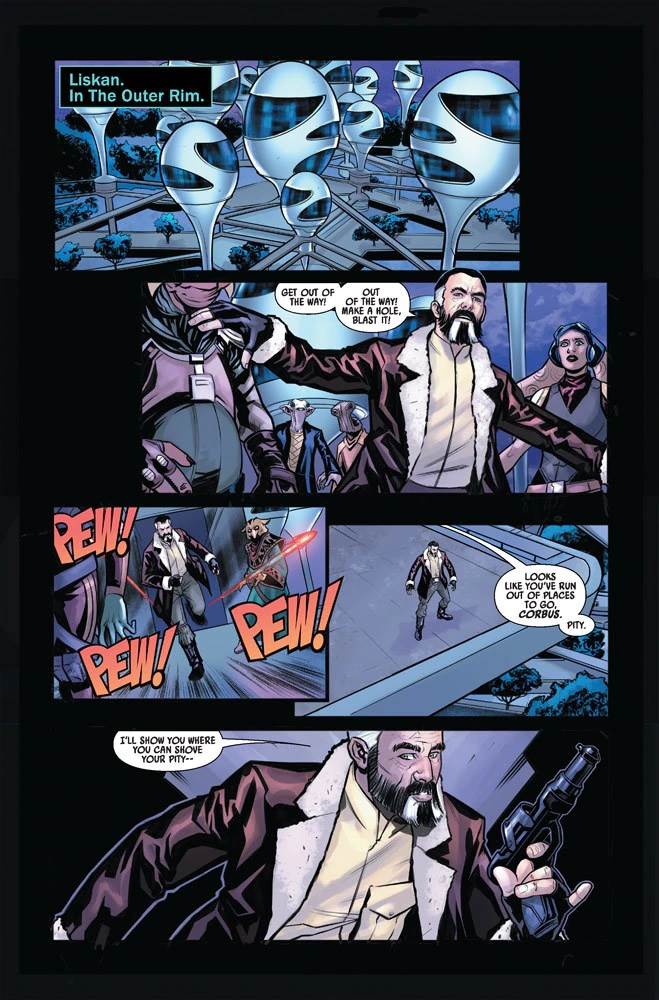 What makes it feel even more repetitive is that Han and Chewie are even after the same item they were the first time around– an urn containing the remains of one of Jabba the Hutt’s rivals. But this time it’s being kept under watch in Grand Moff Tarkin’s office on the Imperial capital planet of Coruscant. Anyway, Han Solo & Chewbacca #6 begins on Tatooine, where the title antiheroes have tracked Greedo back to Mos Eisley in order to reclaim the Millennium Falcon from the Rodian bounty hunter. They also get the information they need about the urn’s whereabouts and together with Chewie’s new friend Phaedra, who he met in prison, they travel to Coruscant aboard their ship. Luckily for Han and Chewie, Phaedra seems to have all the plans and connections when it comes to the capital, and she concocts a scheme to enter Tarkin’s office through the sewer system. Phaedra disguises herself as an RA-7 protocol droid (AKA the Death Star Droid if you know Kenner’s original Star Wars action figure line) and successfully lures Tarkin out of his office with a lie about Emperor Palpatine needing his help to thwart a potential assassination attempt. This is where things start to really stretch the realm of believability for me, but at this point it almost feels like writer Marc Guggenheim is more interested in getting things over with than having them make sense in-universe. Regardless, Han and Chewie come up through the sewers using the schematics provided to them by Phaedra and manage to take out an entire squadron of Death Troopers via sneak attack. Then when alarms start to blare, Han finds the urn in Tarkin’s private stash and the crew escapes through the windows by jumping onto a moving train– Phaedra says they’re lucky the train was on time, but again I’m having trouble wrapping my brain around how this was part of her plan from the beginning. Meanwhile, we check in on Corbus Tyra, the scoundrel who previously claimed to be Han’s long-lost father, who is fleeing from Marshal Buck Vanto on the Outer Rim planet Liskan. Corbus is cornered, but he gets on Buck’s good side by promising him Solo. Back on Coruscant, we get a cliffhanger ending of Chewbacca seemingly falling to his demise from the speeding train (I think we know how that turns out), and for the first time I’m left feeling thankful that this is a miniseries and not an ongoing comic. Part of me wants to believe that there are plenty more interesting things to do with these iconic characters during the primes of their lives, but if all the powers that be can come up with are endless heist stories, I suppose I’m glad that those Solo: A Star Wars Story movie sequels never materialized. 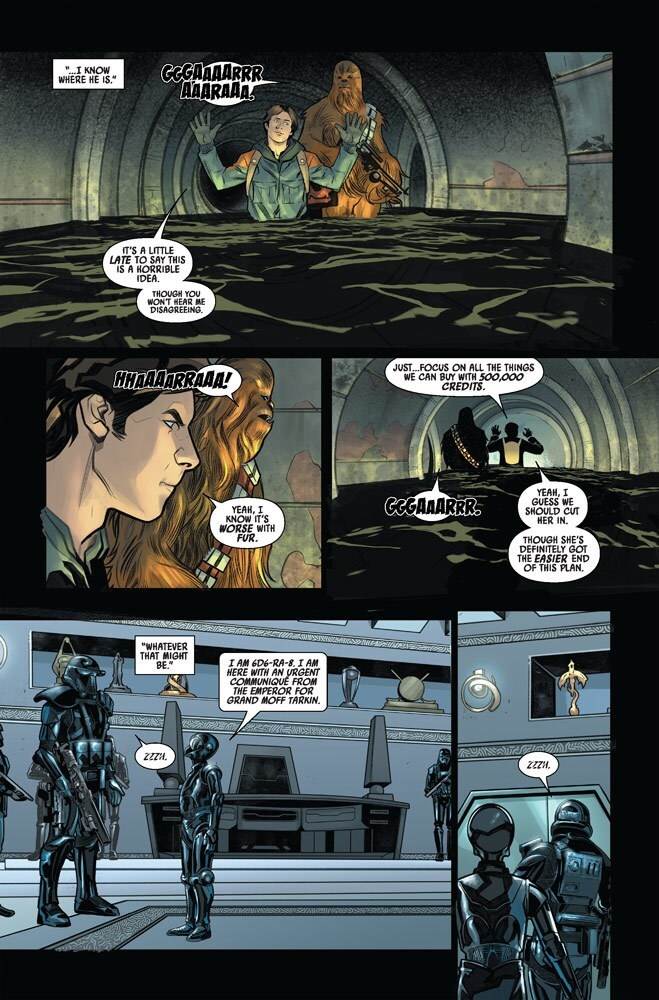