Welcome to Extinct Attractions. My name is Cole, and today I’ll be your guide through a few different shows around the world from the early ‘90s. 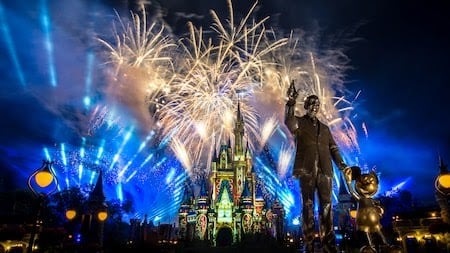 Happy New Year! The 2010s are over, so now it’s time to move on to a brand-new decade with the 2020s. When I started this blog in 2016, I never imagined that it would last this long and be so successful on a great site like Laughing Place.

New Year’s Eve and New Year’s Day are some of the busiest days at the Disney Parks, with a few of the parks reaching capacity. Personally, I’ve never been on either of those days because I hate being at crowded parks, but kudos to those who braved it out.

2020 marks the 15th anniversary of Hong Kong Disneyland, and it doesn’t seem like they have a ton of exciting additions planned for the time. This stands in contrast to Tokyo Disneyland, which seems to have large anniversary celebration every five years, with one of the first starting April 15, 1993. 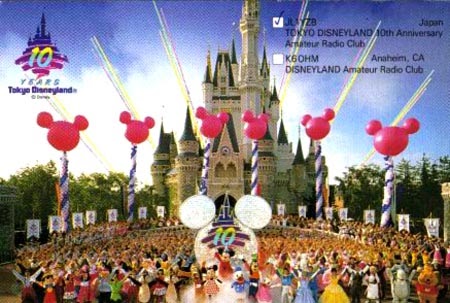 To help celebrate the 10th anniversary, Tokyo Disneyland created a new castle show called It’s Magical that didn’t necessarily talk about the anniversary. Instead, the show focused on the colors of the rainbow, which were correlated with different friends of Mickey.

I have to admit, I was a bit confused about why the colors meant so much, but they did look cool at least. They utilized the colors uniquely in dances, and each one got their chance to shine in the grand scheme of things along with the character that they were associated with. 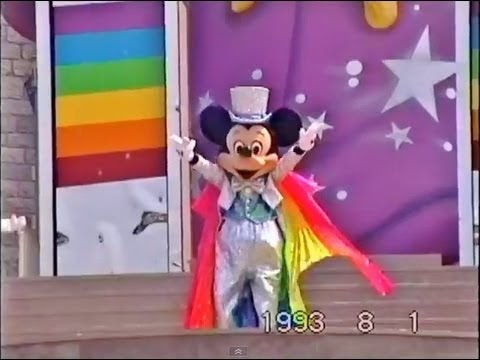 Interestingly, red appears here in Mickey’s outfit, but in the actual show itself no character represented the color red, with Minnie instead embodying pink. I’m guessing that Minnie appears more commonly in her pink outfit in Japan, but it still felt a bit odd that one of the primary colors was missing from the extravaganza. 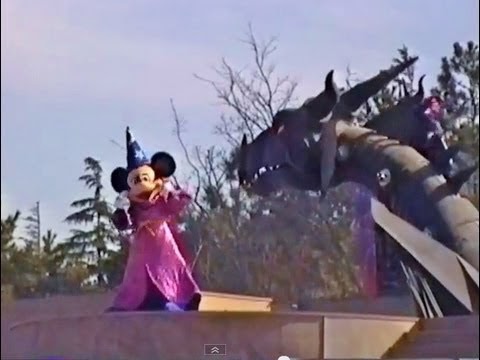 The color that I most enjoyed was Mickey in a purple sorcerer's outfit. It had a certain panache that the red outfit could not quite match and served as a perfect juxtaposition to the villain of the story, Maleficent. Between It’s Magical and Fantasmic, it seems like early ‘90s show creators had an affinity for Maleficent serving as the main villain of the show (and I can’t blame them because she’s my favorite Disney villain).

Just like in Fantasmic, Maleficent transforms into a dragon for the conclusion of the show, with Mickey using some magic to save the day and ensure all of the colors could remain intact. As a whole, It’s Magical was a pretty typical castle show that didn’t do anything particularly special, but remained likeable by playing it safe.

Because It’s Magical was created for the park’s 10th anniversary, the show only lasted for one year, ending its run with the end of the celebration on April 14, 1994. However, the spirit of the show was still alive stateside in Epcot. 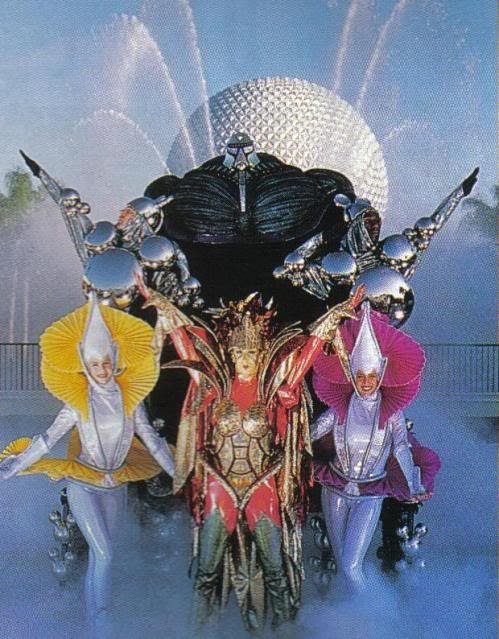 Opening in Epcot on November 20, 1993, Splashtacular was intended to be a huge new show for the park that would stick around for a while. When it opened, they broadcast the show on Disney Channel to get people excited because they were trying to push the show as much as they could.

Splashtacular was almost identical to It’s Magical, with only one major difference. Because the show was located in Future World, the fantasy aspects of the show wouldn’t jell as well, so the show became sci-fi in nature instead. That was a mistake. 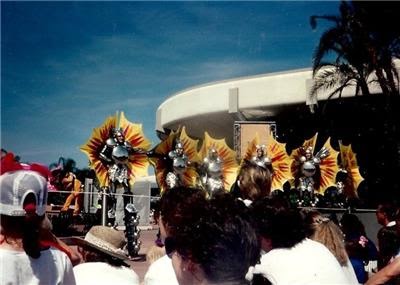 The color idea barely made sense in a fantasy setting, and it made absolutely no sense in a sci-fi context. I was trying really hard to figure out why these aliens would come to try and steal colors, but try as I might, I still have no idea.

On the other hand, the costumes were well-suited for sci-fi with their metallic look and darker colors. The new villain of the story, some alien queen who looked like she came right out of Captain EO, had pretty much the exact same lines as Maleficent, which also didn’t make a ton of sense considering the difference between fantasy and sci-fi. 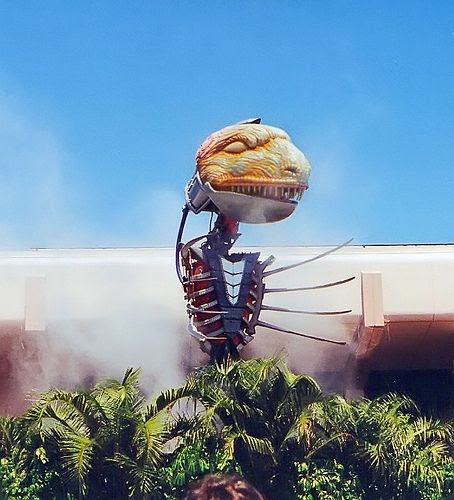 As opposed to transforming into a dragon, the villain instead summoned a robot T-Rex for the final fight. Now I’m not sure if the robot wasn’t working during the video I watched, but it didn’t even move, really reducing its menace.

However, there was one aspect of Splashtacular that had a long-lasting impact, that is the improvement of the fountains in the Fountain of Nations. They put a lot of work into them, so they could be an important part of the show, but even when the show closed, they still had those lovely fountains.

As I laid out, this show was not very good, with audiences thinking so as well. Splashtacular ended its run on June 11, 1994, not even eight full months after opening. The show was clashing with the vision of the future proposed by its neighbor Innoventions, plus it just wasn’t popular enough to justify keeping open based on its cost. Elements of the show did manage to make their way into the Magic Kingdom show Tomorrowland Galaxy Search, so things like DIno Rex weren’t quite done yet.

Well, that brings our first journey of 2020 to a close, but here’s what we’ll be discussing next. 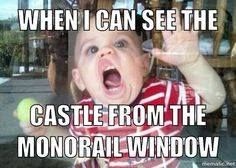