Welcome to Extinct Attractions. This week, we’ll be traveling around the world to Japan to take a look at their history through the eyes of Disney. Epcot has a big day today, with three all new films being introduced. In the Land pavilion, Circle of Life: An Environmental Fable closed about a year ago, but now Awesome Planet is taking its spot, which looks like a perfect fit and a nice update for modern guests.

In France, guests can experience the Beauty and the Beast Sing-Along, which will be sharing time in the theater with opening day film, Impressions de France. (This is bad news for Impressions de France, one of my favorite attractions, so I am ready to take a stand if they do try to get rid of it.)

Finally, the Canada pavilion is getting the third film of the day, Canada Far and Wide. The new show replaces O Canada and Martin Short’s enormous shoes, but I think Catherine O’Hara and Eugene Levy will do a great job spreading the love of Canada in an entertaining way. 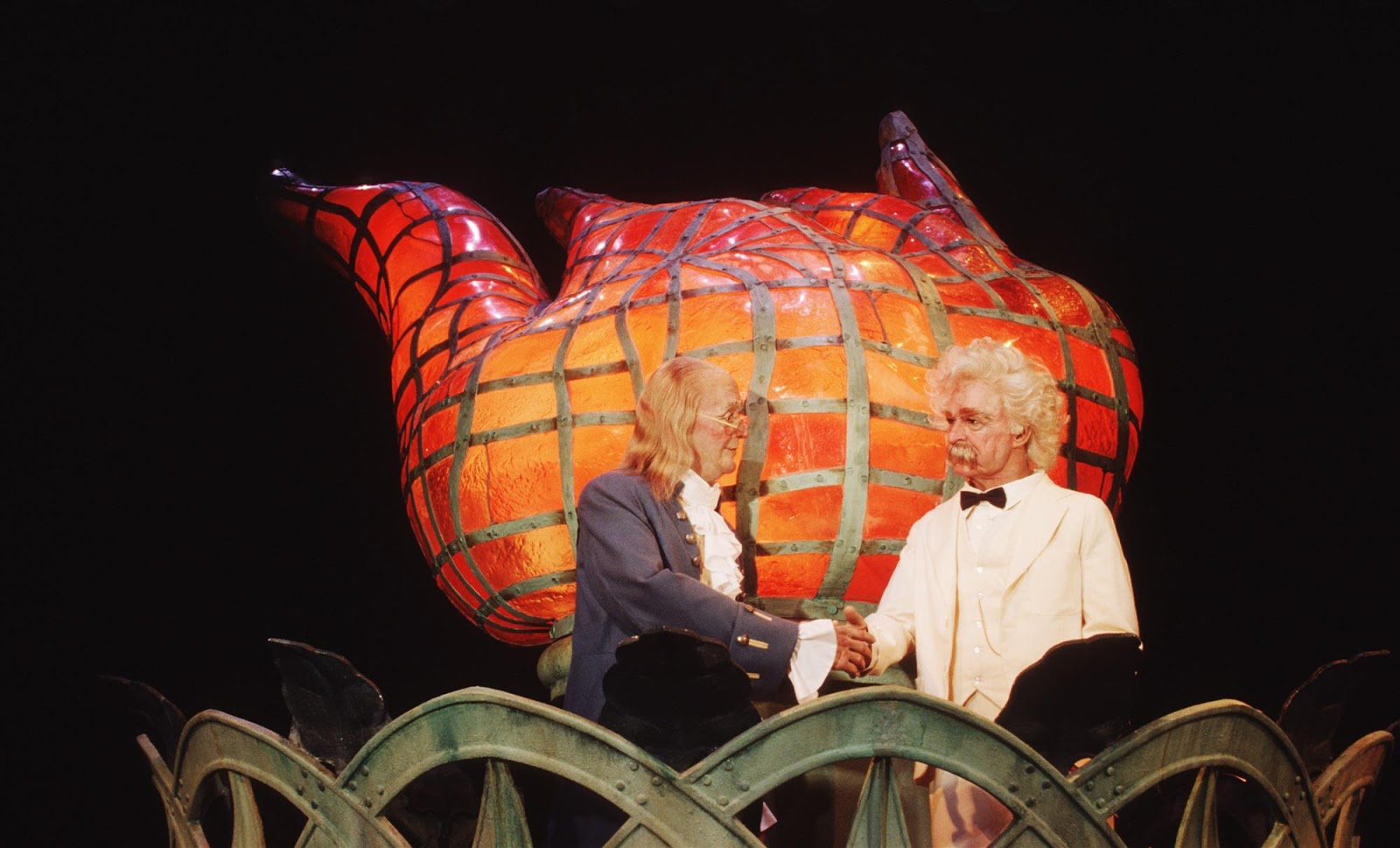 There are seven attractions in World Showcase and only one of them has remained relatively the same since it opened, The American Adventure. (Technically, Impressions de France hasn’t changed either, but I’m counting Beauty and the Beast SIng-Along as a change.) And what sets The American Adventure apart is its use of Audio-Animatronics to convey the show, with it being the most elaborate Audio-Animatronic-driven show that Disney has ever created, even to this day. When Epcot opened, it was the only attraction in World Showcase to feature human-like Audio-Animatronics, but things weren’t originally planned that way. A lot of people know about the proposed Mount Fuji roller coaster for the Japan pavilion, but most people have never heard of the attraction that was supposed to be a part of the opening day roster for World Showcase, Meet the World.

Meet the World was planned as a sort of Japanese Carousel of Progress, but as opposed to following a Japanese family around, guests would learn about prominent moments in Japanese history. Imagineering tasked some prominent artists with working on the show, namely Claude Coats as a designer and Blaine Gibson as a sculptor, who you might know for their roles in Pirates of the Caribbean and Haunted Mansion amongst many other classic Disney attractions. Plus, they asked the Sherman Brothers to write the main theme for the attraction, fittingly called “Meet the World.” Basically, Disney was putting some of their best minds on the attraction, so they had a lot of faith in its ideas and how it could be a part of Epcot.

But then tragedy struck when the construction workers incorrectly built the show building, so that the building could not support the weight of everything that would be a part of the show. At that point, Imagineering was super behind on Epcot, so they made the tough decision to cut the show because there simply wasn’t the time or money to fix it. They never ended up getting around to fixing the building for the show, but luckily, Meet the World’s journey doesn’t end here. 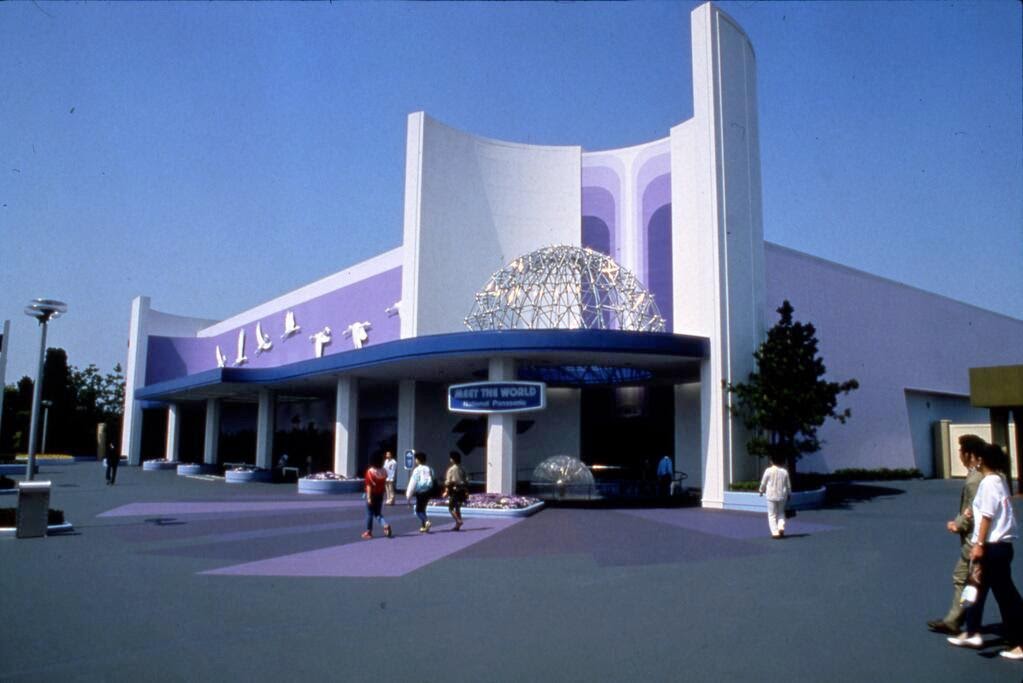 While Epcot was being dreamed up, Tokyo Disneyland was also in the process of being created. When planning out the park, the Oriental Land Company, which owns the park, wanted the place to feel more Westernized, but they did like the idea of having a couple of Japanese-centric attractions in the park, so Meet the World immediately leapt to Imagineering’s mind. Meet the World managed to secure sponsorship from Matsushita Electronics, making it one of the only free attractions in a park that used the A-E Ticket system when it opened. As I mentioned earlier, the attraction is often referred to as a Japanese version of the Carousel of Progress, but I think that’s a misleading statement. To start, the entire ride system worked in the complete opposite way. On Carousel of Progress, guests sit on the outside of the theater and rotate around scenes in the middle, but Meet the World changed that system by putting the guests on the inside and the scenes outside. In terms of its story, Meet the World felt a lot closer to Spaceship Earth than Carousel of Progress. It jumps through time to tell the history of Japan with various scenes from different time periods with two kids and a magical stork as the continuity between scenes. However, we aren’t following those characters’ lives in the way you do in Carousel of Progress.

I do have to admit though, I am making pretty much all of these assumptions off of the visuals in the show because I could only find versions of the show that were in Japanese. It made it a bit hard to decide if I enjoyed the attraction because the show was dialogue-heavy and the visuals in the YouTube video were not the greatest, but I did the best with what I was given.

One thing that I did enjoy was how much moving the seats to the inside of the theater opened up the entire experience. It made everything feel large and grandiose, which was a perfect fit for an attraction trying to convey the history of an entire country.

The show also blended Audio-Animatronics with screens really well. It managed to make the screen opaque to project on it, while also allowing it to become transparent to see the Audio-Animatronics behind it. I’m surprised we haven’t seen that technology used as much today because it was a fantastic effect that really helped the attraction give off the Disney magic we would expect.

As a whole, I enjoyed the show, but I really wish that I could’ve seen it in English. It had the grand scope that I love from Disney attractions, so if I had had the chance to actually understand it, I think I would’ve really loved it.

Eventually, all good things must come to an end, with Meet the World’s end coming June 30, 2002. By that point, they were no longer sponsored, so it was hard to justify keeping this 20 year old attraction that wasn’t particularly popular. Instead, they decided to create a brand-new attraction, Monsters, Inc. Ride and Go Seek, and from what I’ve heard, that was definitely the correct decision.

Well, now it’s time to take a look at what's on the agenda for next week. 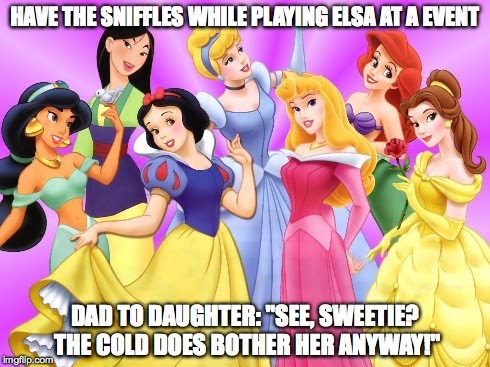