Welcome to Extinct Attractions. This week, we’ll be taking a look back at one of the first shows to call Disney-MGM Studios home, considering that it was around on the opening day. 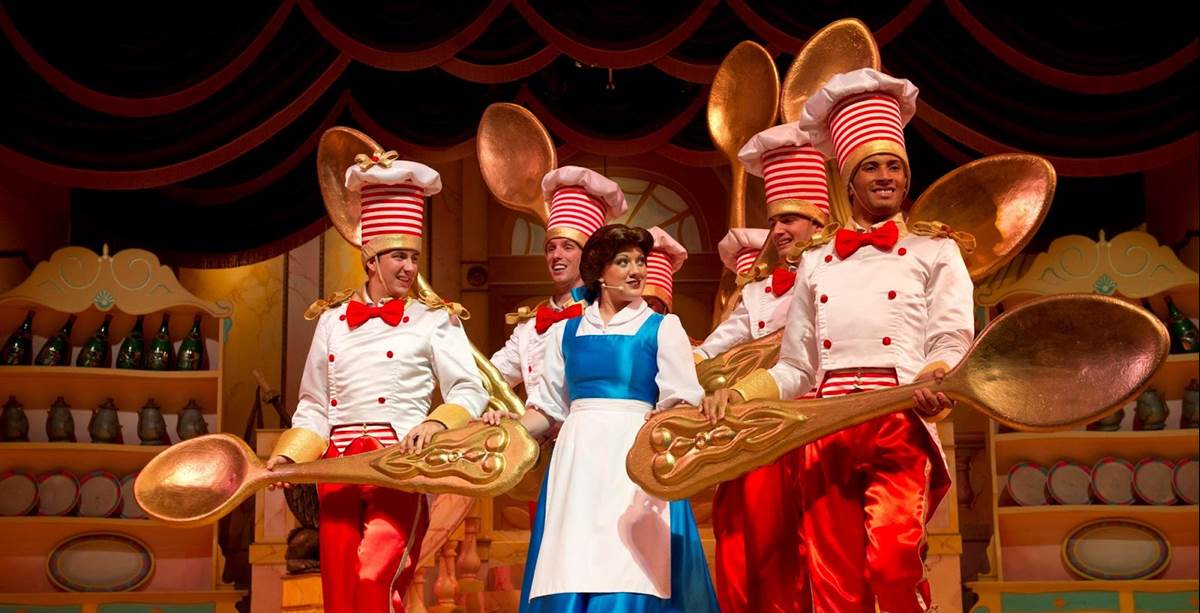 Last Friday, Beauty and the Beast – Live on Stage returned to the Theater of the Stars at long last, and though I am personally not a huge fan of the show, it’s exciting to see that Disney hasn’t completely given up on live entertainment in the parks just yet. The attraction has been a mainstay at the park for over twenty-seven years now, well over three quarters of Hollywood Studios’ lifespan. In fact, most people forget three other shows that spent some time in the theater in its earliest days. In the past, I’ve talked about the latter two shows, but I’ve actually never discussed the one that was there on the first day, Hollywood! Hollywood! A Star-Studded Spectacular. 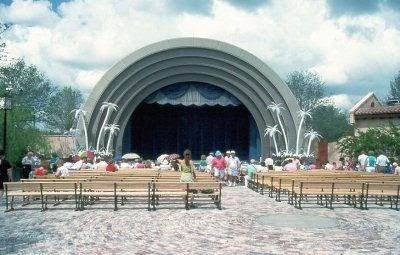 For the first four years of the park’s history, the Theater of the Stars was actually at the entrance of what is now Sunset Boulevard. Before The Twilight Zone Tower of Terror completely changed the landscape of the park, the only offshoot of Hollywood Boulevard was the theater. It actually was kind of a genius move because it helped hide some of the construction of the park’s first expansion land. Now there’s not much known about the history of the first show there, but obviously they needed a show to help with crowd control since the park was a bit barren in those early days.

I’ve got to say, I really enjoyed this show because it did an excellent job of living up to the premise of the park. The idea has been lost some today, but when the park opened they really focused on teaching guests how the movies were made and showcasing the history of film. Hollywood! Hollywood! A Star-Studded Spectacular really dove into the historical aspect by giving Mickey, fresh from his experiences in Hollywood, the chance to lead a tour through the ages and genres of films as they evolved through the years.

Along the way, Mickey brought in some of his friends from animation history to help take us on the journey with Donald taking a particular spotlight, but the real highlight being some of the awesome side characters who appeared. The Big Bad Wolf and Br’er Bear both made their way into the show, helping to showcase silent films and westerns respectively. Basically, characters would come out for a song or so to act as if they were in a movie from a specific time period, ranging from the 1920s all the way through the 80s. 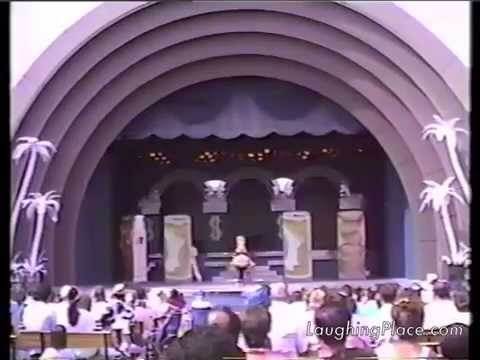 It’s hard to see in this picture, but in this part of the show, Minnie wore a skimpy outfit made entirely of coins. Now that’s pretty wild as is, but what makes it even crazier is that they reused the outfit a few shows later in Hollywood’s Pretty Woman. It was a questionable enough choice as is, but then to use it again a few years later? Simply astounding.

But the highlight of the whole show was Tigger getting to basically steal the show dancing around to a myriad of songs from 80s musicals like Fame and Footloose. Now, that was already enough to get me pretty hype, but then he came out and danced around to the Superman and Raiders of the Lost Ark themes, and I’ll be honest, it really doesn’t get much better than that. It was a perfect way for the show to climax and really leave guests on a strong foot. Unfortunately, that feeling didn’t last very long because the show closed for good in September of 1989. It only lasted a summer before Dick Tracy starring in Diamond Double-Cross took over the next year, but what a summer. So memorable that it even lent its costumes to future shows in an effort to confuse Disney historians moving forward. 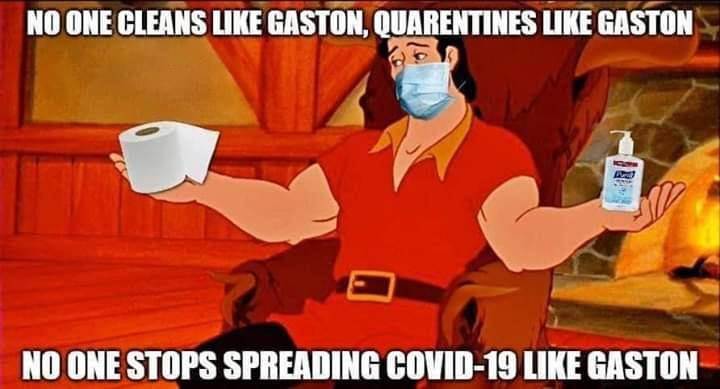