Welcome to Extinct Attractions. This week we’ll be heading across the Pacific Ocean to the first overseas park and one of its plentiful anniversary celebrations. 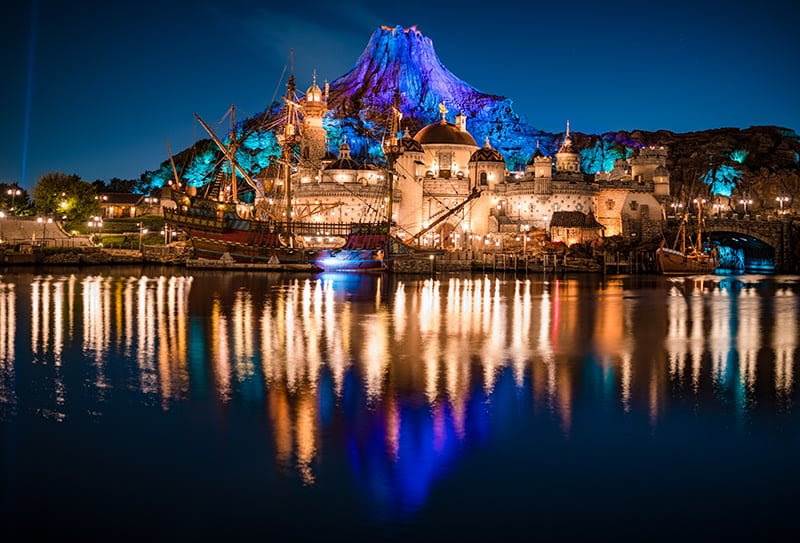 This past Saturday, Tokyo DisneySea celebrated its 20th anniversary, even though the celebration began back in April. Generally, the Tokyo parks function similarly to the domestic parks in that they make any major park anniversary a year-long celebration complete with new entertainment offerings and park-wide decorations. All of these parks have been doing this for years because it’s a quick and easy way to help guests feel like they are part of the magic and get some limited time experiences before they go away. 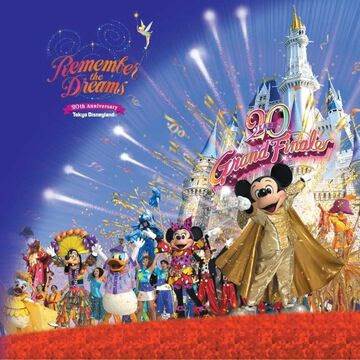 Today, we’ll be taking a look back at the 20th anniversary of Tokyo Disneyland and the nighttime spectacular that accompanied it. For the anniversary, the park added some fun new experiences like Cinderellabration: Lights of Romance and Disney’s Dreams on Parade. The celebration was centered all around dreams, so both of those attractions fit perfectly in that theme, and today’s featured attraction doesn’t quite fall into that (but then again I don’t speak Japanese so perhaps it does).

Blazing Rhythms opened January 25, 2003 along with the rest of the celebration and made its mark as a unique nighttime spectacular with quite a few pieces in it.

I’ll be honest, I’m not positive what the story of this attraction was because the whole show was in Japanese and there were no subtitles. The theme song that played at the beginning and end was in English, though and was way too catchy for its own good, but would you expect anything else from a nation known for creating catchy theme songs?

What made Blazing Rhythms so interesting was that it combined multiple different types of shows. There were elements of parades, castle shows, and fireworks all thrown into the mix. 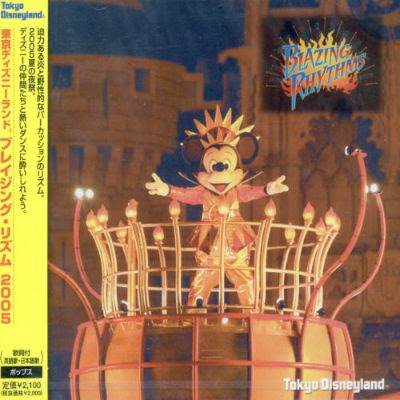 The experience began with a myriad of floats taking their places in front of the castle, each with a different character on it. The show primarily stuck with Fab Five characters, though Tarzan did make his way into the shows, which seems like an odd choice, but when looking at the design of the show actually makes a lot of sense. The costumes and float designs were very reminiscent of something one would see in Adventureland, so the Tarzan connection works to an extent.

Once the floats were all settled in, the experience shifted to a castle show with dancers all over the stage and even a good amount of fireworks. The music took a dramatic turn and Mickey got in on some Fantasmic-esque moves to really up the suspense of the show. 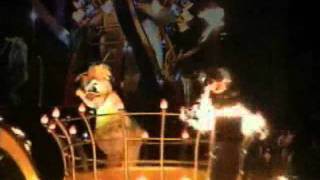 But to me, the highlight of the entire show was all of the fire. It was on all of the floats and just constantly turned on. But then to make things even cooler, the floats would shoot out fireballs into the air in time with the music. It feels like something that could never happen today because of safety reasons, but it was very cool to see it while it lasted.

All in all, it’s hard to put into words what this show was like because it was unlike any show I’ve ever seen at a Disney park since it basically combined three into one. I would definitely recommend checking this one out to get a taste for what Tokyo Disneyland shows are like. I don’t get around to them on the blog often because it’s generally tough to find information on them, but I’m hoping to get to a few more of them in the next few months.