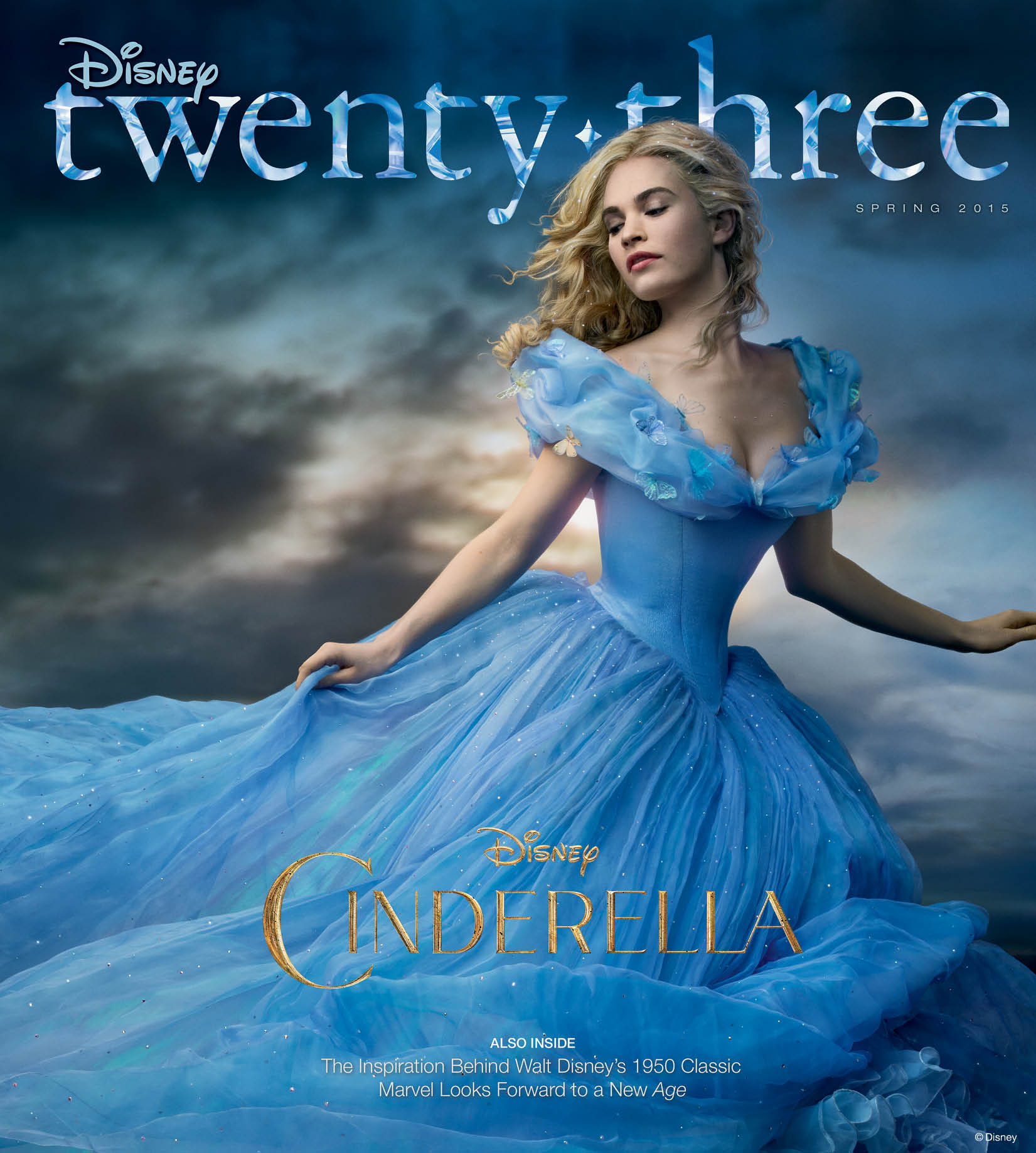 With Cinderella set to grace movie theaters on March 13 in Disney’s new live-action adaptation of the beloved animated classic, Disney twenty-three, the publication of D23: The Official Disney Fan Club, sat down with the creative team to get all the details—from the tiniest mouse to the biggest pumpkin coach. And star Lily James opens up about her first nerve-wracking day of filming, taking on the role of one of the most iconic princesses, and the challenges of dancing in a spectacular couture creation.

Also in Disney twenty-three’s Spring issue, available exclusively to D23 Gold Members, is an interview with Marvel’s Avengers: Age of Ultron writer/director Joss Whedon, who reveals some surprising details about the highly anticipated spring release, including why Scarlet Witch and Quicksilver were two must-have characters in the film. In addition, stars Chris Hemsworth, Chris Evans and Robert Downey, Jr. put in their two cents about the helmsman.

Plus, the issue features an exclusive interview with Britt Robertson about working on the upcoming film Tomorrowland, and a celebration of 40 years of Space Mountain with a look back at some of the original designs, early photography, and opening day materials for the Walt Disney World attraction. Also, the Walt Disney Archives unveils 14 of the newest treasures added to its incredible collection, including an original Donald Duck doll circa 1935, a pair of out-of-this-world space boots from the Epcot attraction Horizons, and Sam Eagle’s CIA travel badge from Muppets Most Wanted.

Also included in the Spring issue of Disney twenty-three:

D23 Members are invited to visit D23.com for additional features and members-only content, including a gallery of additional images of Cinderella from the Animation Research Library.

Other features coming to D23.com include:

Disney twenty-three, which is delivered directly to fans’ doorsteps, is offered exclusively to D23 Gold Members as a benefit of their membership. The latest issue will begin arriving late February.