Ripa Won’t Return to “Live!’ Until Tuesday “At the Earliest”

It seems there may be a good amount of truth the rumors that Live! with Kelly and Michael co-host Kelly Ripa is upset with ABC and Disney over the announcement that Michael Strahan will leave her show to join Good Morning America full-time. The network has just confirmed that Ripa will not be returning to the program until Tuesday “at the earliest” following an absence today, calling out for tomorrow, and having pre-planned days off on Friday and Monday (Friday’s show is taped earlier in the week). 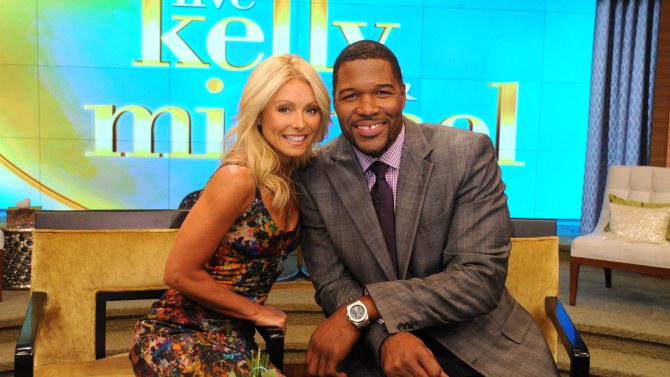 TMZ reports that both Ripa and longtime Live! producer Michael Gelman learned about the decision to move Strahan to the GMA mere minutes before it was announced to the media. The site says the move was actually orchestrated by Disney CEO Bob Iger who wanted to keep the news secret. They also claim that Disney brass assured Strahan that they already had a plan in place to replace his open slot on Live!.

Despite the popularity of Ripa and Live! with Kelly and Michael, there’s no doubt that Good Morning America is a more profitable and important brand to ABC. From that perspective, it makes sense that the company would want to add some new life to a show that’s seen its ratings slip as of late. Still, many are empathizing with Ripa as this move is seen as disrespectful to her and her program. By staging this apparent protest, she may be trying to make her worth clear.

We’ll see what happens next on Live!…

UPDATE: According to multiple reports, Kelly Ripa is set to return to Live! on Tuesday. In an e-mail to the show’s crew she said, “I wanted to thank you all for giving me the time to process this new information. Your kindness, support, and love has overwhelmed me. We are a family and I look forward to seeing you all on Tuesday morning. Love, Kelly.”

UPDATE 2 (4/25/16): CNN Money (of all places) is now reporting that Ripa has received a personal apology from Disney and ABC executives including Ben Sherwood for how the shift was handled. One source told the site, “We had a plan which obviously did not go as planned.” The site reports that execs also apologized to Strahan and representation for both hosts. Ripa is expected to return to the show tomorrow.