Yesterday the world was shocked to learn that legendary actress Debbie Reynolds had passed mere hours after her daughter Carrie Fisher. Although Reynolds’ most famous role was in the MGM musical classic Singin’ in the Rain, a different generation knows her from the Disney Channel Original Movie Halloweentown and its sequels. 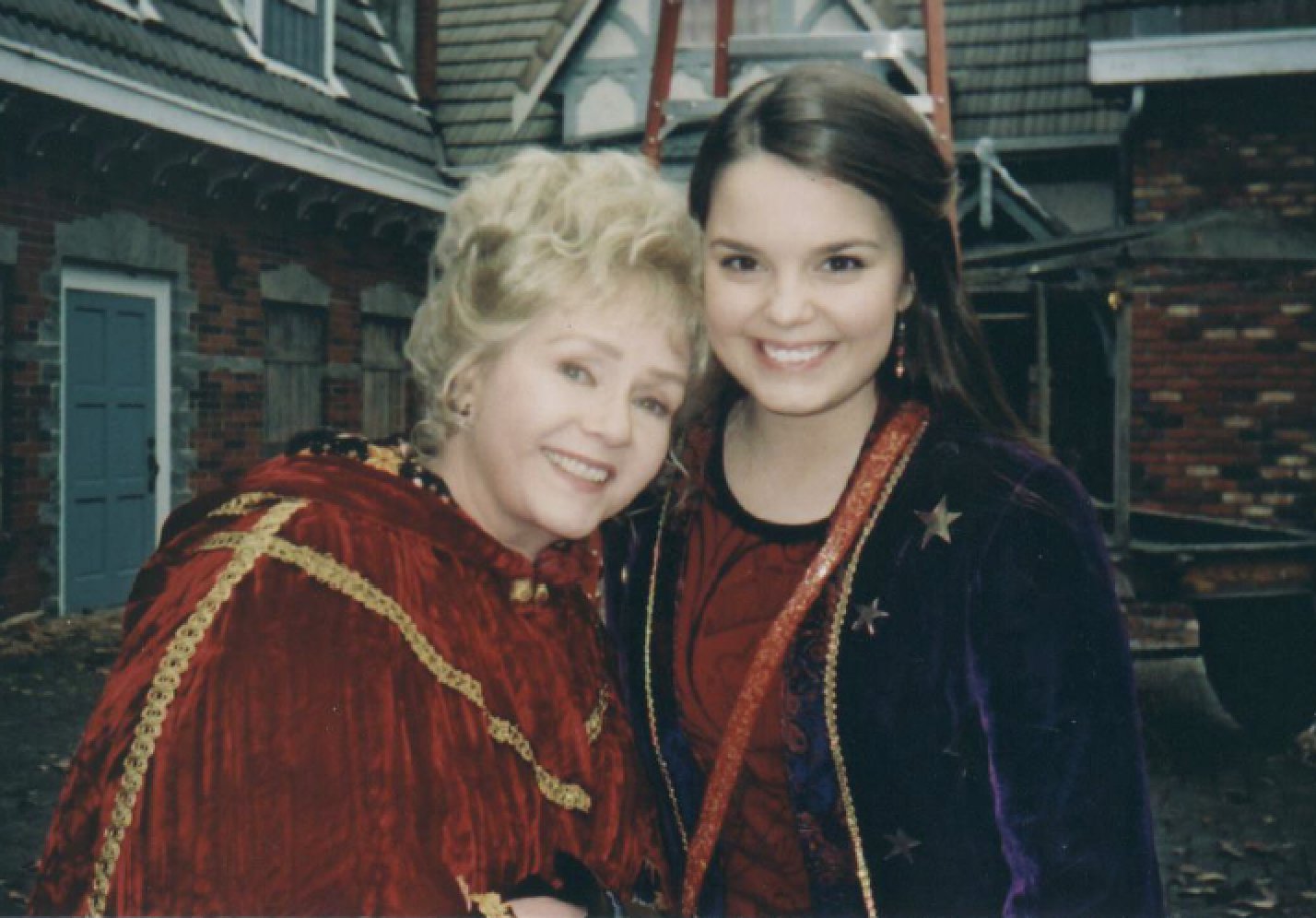 Writing in Variety today, Kimberly J. Brown who also starred in the film shared her remembrance of the actress. She wrote:

I was 13 years old when I first booked “Halloweentown” and met Debbie. Little did I know it was only the beginning of some amazing adventures together. I knew in that first moment of finding out I was going to play her granddaughter that getting the chance to work with such a legend was a once-in-a-lifetime opportunity. One movie grew to three movies and many more years of friendship. I am beyond grateful for my time spent working with her and being touched by her special spirit. She was the best.

I remember not being sure what to expect when I first met her. She had been in the business so long — you never know how certain celebrities will behave when you meet them in person. She quickly dispelled any nerves with her giddy grin. She was the warmest and the kindest. I appreciated that she always treated me like a peer, even at 13, encouraging me with that twinkle in her eye along the way. As I grew older and we worked together more, her jokes and stories became a little bawdier and I was riveted. She loved sharing wisdom and making you laugh at her own expense. It made her day to make someone else happy.

I was always in awe of her fierce spirit. She had that unique ability to stand up for what she believed in all while doing it with such grace and respect for others. Whether it was a crew member, fan, or fellow actor, everyone mattered to her and she made sure they felt appreciated. That always stuck with me.

In the years after we finished working together, I had the pleasure of seeing her variety show a few times in different states and visiting with her at her house. She had so many fans of different generations. She’d come out on that stage and people would go crazy! I would chuckle in admiration watching her. I was still amazed some 10+ years later that I got to be friends with this hilarious, generous, feisty lady.

I could repeat so many stories and acting tips over the years of knowing her, but if I could pinpoint one of the biggest things she inspired me to always have, it was gratitude. She appreciated that after all the years of highs and lows in this crazy entertainment industry, she still got to come out, perform, and make people happy. She valued what a gift it is to be in that position, and no matter how famous she got, she did it with such humility and love. And that’s why she was loved by so many.