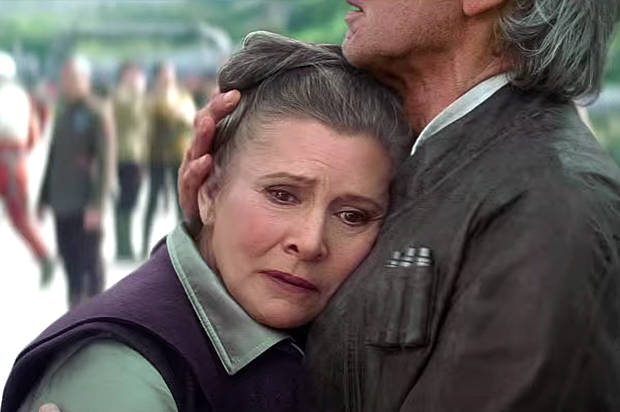 The Insurance Insider, which bills itself as “Insight and Intellifence on the London & International Insurance Markets,” is reporting that Disney may receive a $50 million insurance payout due to the death of Star Wars actress Carrie Fisher. Sources tell Insurance Insider that Disney took out a $50 million contraction protection cover as insurance that Fisher would be able to appear in Episodes VII, VIII, and IX of the Star Wars saga.

While Fisher’s General Leia appeared in The Force Awakens and finished her scenes in Episode VIII in which she reportedly will have a larger role, shooting had yet to begin on Episode IX which is scheduled for release in 2019. It is unknown what role she would have in the final chapter of the third Star Wars trilogy, but the policy would indicate that it was envisioned that she would have some role to play in the saga that tells the story of the descendants of Anakin Skywalker.

It now appears that insurer Lloyd’s of London is set to pay out the market’s biggest ever single personal accident insurance claim. While I am sure the folks at Lucasfilm and Disney would have preferred to have Fisher reprise her role, the payout would help pay for any rewrites or technical wizardry needed to bring Leia’s role in a galaxy far, far, away to a fitting conclusion.