Late last year, actress Raven-Symoné announced that she’d be leaving ABC’s The View in order to develop a sequel series to the Disney Channel hit That’s So Raven. Now Variety  reports that the show will go by the name Raven’s Home and has been ordered to series by Disney. It was also announced that Anneliese van der Po will reprise her role as Chelsea Daniels on the new show, joining newcomers Issac Brown and Navia Robinson who will play Raven’s twin children and Jason Maybaum as Chelsea’s son. 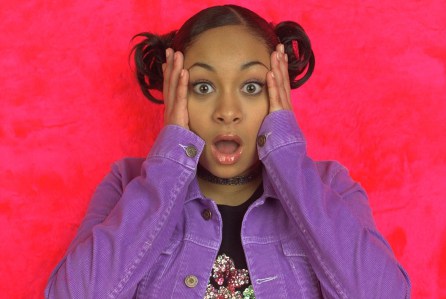 According to Variety, the show finds both Raven and Chelsea as divorced single mothers. In similar fashion to recent retro reboot Fuller House, the two ladies have apparently decided to raise their two families under one roof. Making matters interesting, it turns out that one of Raven’s children has inherited her “gift” for seeing into the future… or at least seeing a version of the future.

Speaking about the new series, Disney Channel Worldwise president Gary Marsh said, “There is only one Raven – and for over 25 years, she has blessed audiences around the world with the greatest gift of all – the pure, unadulterated joy of laugh-out-loud funny. After being a part of over 20 different Disney projects, we are thrilled to be bringing Raven home to Disney Channel once again.”