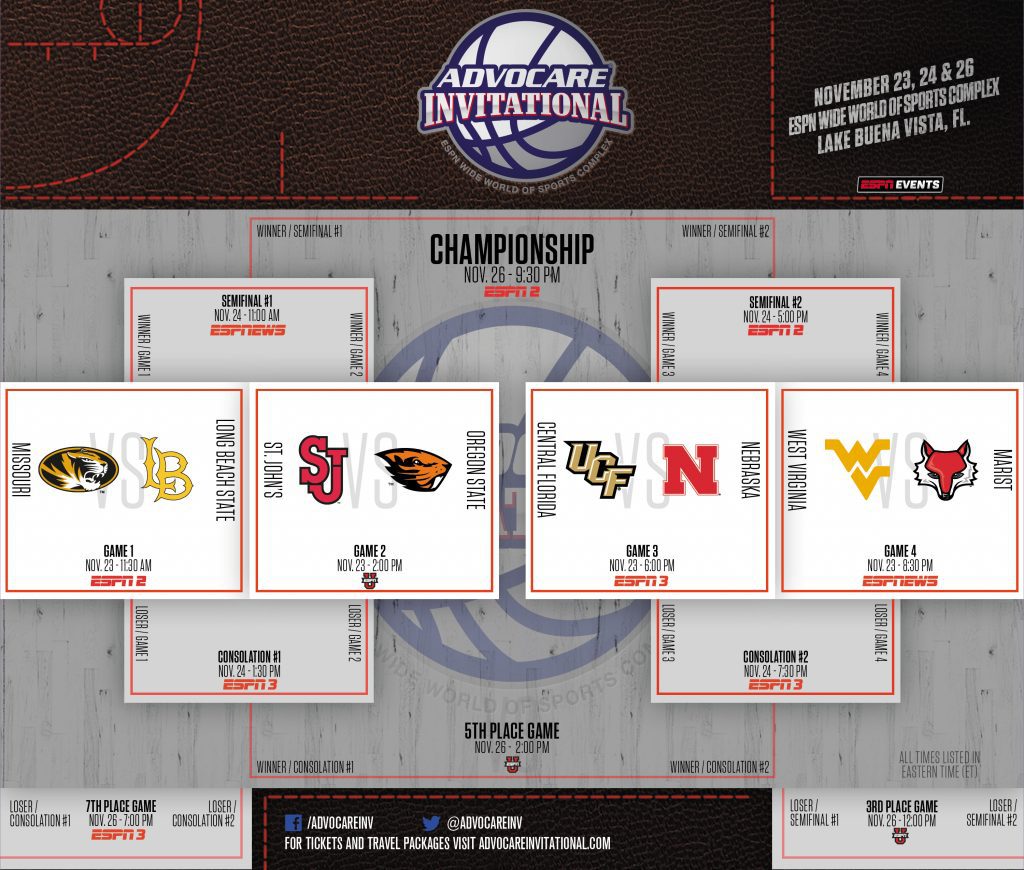 ESPN Events has revealed the bracket for the 12th annual AdvoCare Invitational which will be played Nov. 23, 24 & 26 at HP Field House at ESPN Wide World of Sports Complex at Walt Disney World Resort.

The bracket-format tournament features 12 games over three days. Teams will compete once per day, advancing with a victory. The two teams that remain undefeated will face off in the championship game on Sun., Nov. 26, at 9:30 p.m. ET on ESPN2.

Additional information, including travel packages, can be found on the AdvoCare Invitational web site.