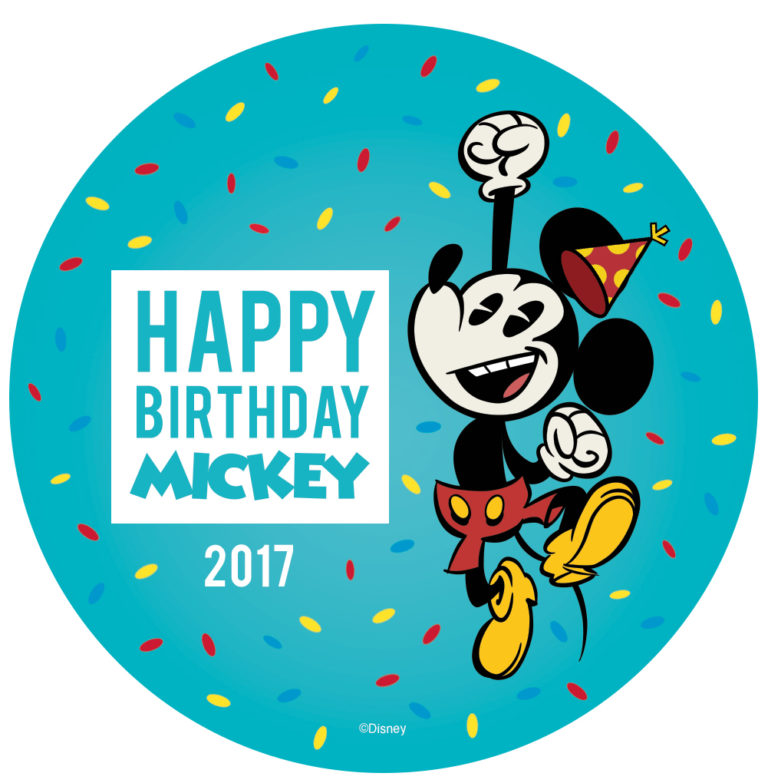 Disney has revealed the plans to celebrate Mickey Mouse’s upcoming birthday, Leading up to the big day—November 18—Mickey will take off to such exciting destinations as Japan, Chile, Canada, China, England and the United States. These magical moments will be captured and shared on Disney’s Mickey Mouse Facebook and Instagram pages. Mickey will bring a few more surprises when he visits the Good Morning America studios in New York City on November 15.

In honor of the occasion, shopDisney.com will feature special Mickey birthday merchandise from November 16–23, and on November 18, all Disney Stores in the U.S. will host celebrations throughout the day with entertainment and activities.

On Mickey’s birthday, the Disneyland and Walt Disney World Resorts, as well as Disney Stores in the United States, will be distributing commemorative “Happy Birthday, Mickey!” buttons. Disneyland Park in Anaheim will host a special cavalcade featuring some of Mickey’s friends along with the Disneyland Band; and at Magic Kingdom Park in Lake Buena Vista, FL, characters and performers will dance in a special birthday-themed song during Move It! Shake It! Dance & Play It! There will also be commemorative merchandise, treats and photo locations throughout both resorts. Celebrations will also take place at all of Disney’s international theme parks including Disneyland Paris, Hong Kong Disneyland, Tokyo Disney Resort and Shanghai Disney Resort. 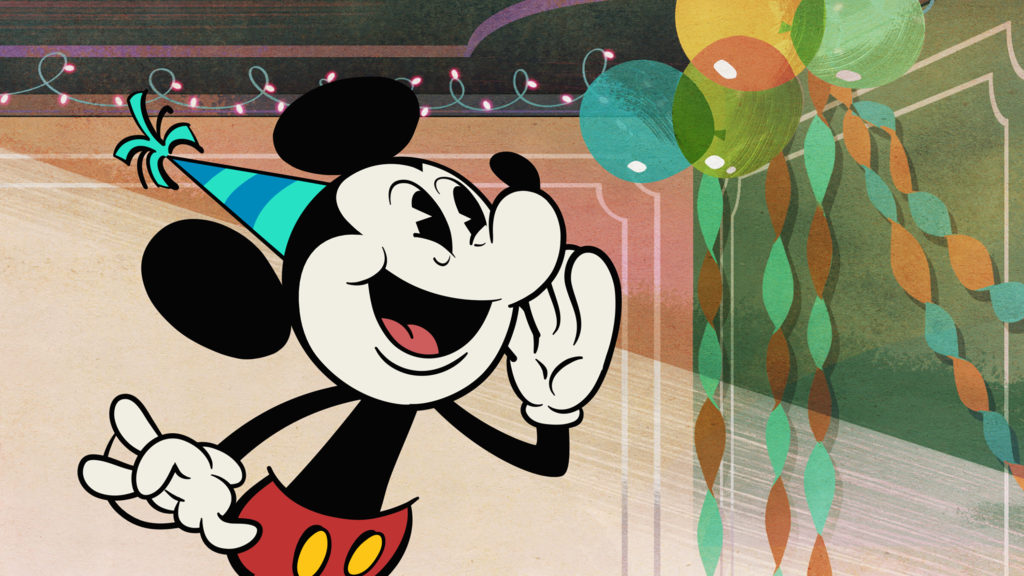 Special marathons of Mickey and the Roadster Racers and Mickey Mouse Clubhouse will air throughout the weekend of November 17 on Disney Channel and Disney Junior, and a new Mickey Mouse-themed Disney Junior Music Nursery Rhymes short entitled “Happy Birthday” debuts November 17 on Disney Junior YouTube. On November 18, Disney Channel will air Mickey Mouse shorts every half hour throughout the day, starting with the premiere of “The Birthday Song,” a new short in which Minnie Mouse loses the notes to Mickey’s birthday song and needs to recover them to save the festivities.

In addition, D23, Oh My Disney, Babble and other Disney sites will be posting Mickey-related videos, galleries, stories, crafts, recipes and shareables leading up to and on his birthday. And a selection of Disney games and apps will feature special Mickey-themed content and giveaways, including Disney Magic Kingdoms, Kingdom Hearts Union Cross, Disney Tsum Tsum, Disney Magical Dice, Disney Story Central, Disney Jigsaw Puzzles! and Color by Disney.