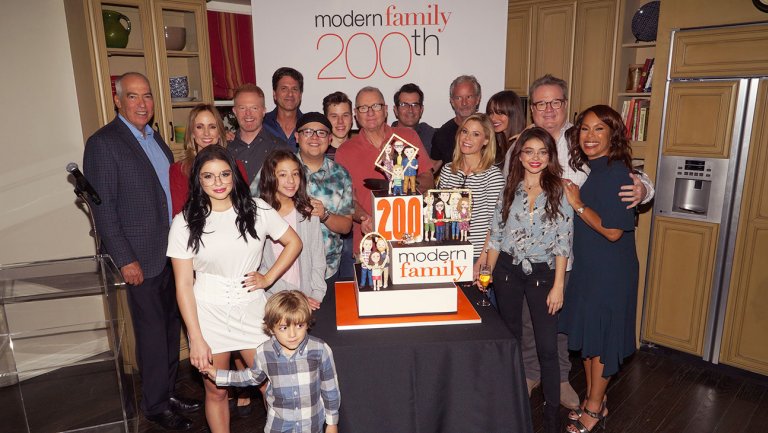 In an interview with The Hollywood Reporter to celebrate the show’s 200th episode Modern Family creators Steve Levitan and Christopher Lloyd talked about the series ending and if they have considered a spinoff. The show has been renewed for a tenth season next year, but it is expected that it will be the show’s final season due to deals with the cast will expire.

“Our plan is to end it at 10. If we can leave with most of our audience wanting more, I think that’s the right way to do it. Never say never, but I just can’t imagine that we’d go past that,” Levitan said.

Regarding the impending series finale Lloyd said, “”We went through these questions on Frasier, when we brought that around after 11 seasons and sort of said, ‘Well, the Shakespearean route on that is a birth, a death or a wedding,’ and we managed to effectively do all three in the final episode. So it may be some conversation that starts there, but we haven’t figured out the episode we’re doing three weeks from now. It’s just a little over a year and a half from now. We’ve got time to think about that.”

And for those that want the series to continue with a spinoff, Lloyd said that it is not something that they have had substantive conversations about, but he can see the benefit of continuing the story of one of the characters.