Last year, the independent film The Florida Project introduced many audience members to a world they may not have known existed: that of the “hidden homeless.” In particular, the story revolves around families living in a budget motels in Kissimmee, Florida just a few miles away from Walt Disney World. Adding realism to the project, the film was shot on location among those individuals and families dealing with similar situations. With the movie arriving on select Digital HD platforms like iTunes and Amazon today, the filmmakers have announced a partnership with Kissimmee-based Community Hope Center that will see a portion of the proceeds going to Central Florida families in need. 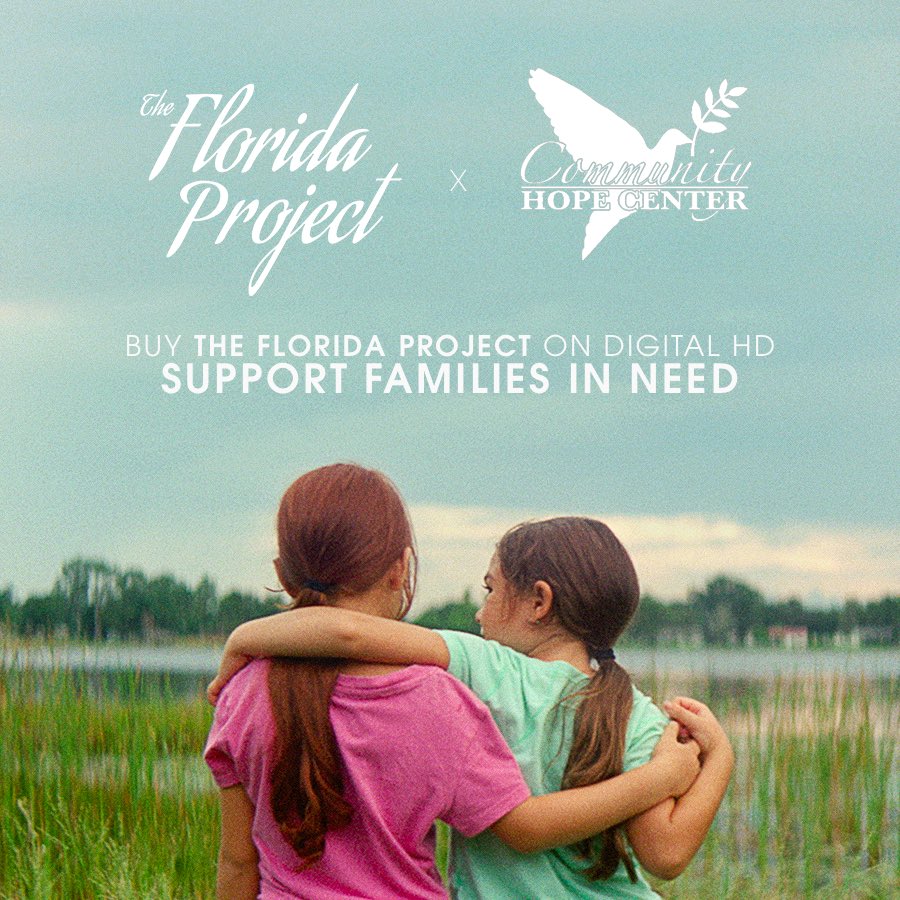 The Florida Project, directed by Sean Baker and co-written by Baker and Chris Bergoch, stars Brooklynn Prince, Bria Vinaite, Valeria Cotto, and Willem Dafoe, who recently earned an Oscar nomination for his performance in the film. While it does tackle a very serious subject, as co-writer and producer Bergoch told us, the movie also contains a number of Easter eggs for Disney fans. Additionally, Baker has often described the film as a modern day Little Rascals, which highlighted the adventures of children around the time of the Great Depression.

Community Hope Center is a Florida-based nonprofit that focuses on the working poor and homeless in Osceola County’s 192 Corridor. According to their site, the Center “works to restore dignity and self-sufficiency to those in need in our community through a holistic approach to case management, funds assistance, and life skills.”

The critically acclaimed The Florida Project is now available on Digital HD platforms and will be released on Blu-ray February 20th.