In a Deadline exclusive, Paramount Studios has recently won an auction for the movie rights to the young adult novel, Aru Shah and the End of Time. The youth story, written by Roshani Chokshi was recently published by Disney Hyperion under the Rick Riordan Presents label. According to Deadline, “the auction came down to Paramount and Netflix, both drawn by the global appeal and a magical premise that could launch a franchise.” Karen Rosenfelt is reportedly producing, and Hasbro’s Allspark Productions is rumored to become involved as well. The novel debuted March 27th and focuses on 12-year old Aru and her adventures after she lights a cursed lamp on a dare from a classmate. 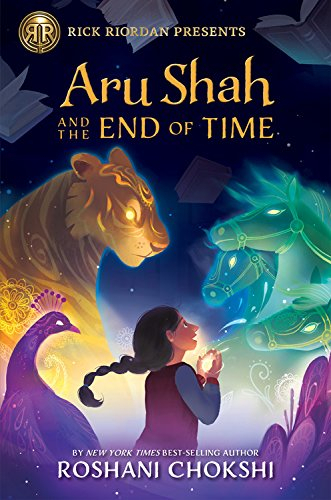 Aru Shah and the End of Time is available now from Disney Hyperion’s Rick Riordan Presents label. Read our review of the novel here.