Laughing Place is sad to share that Dave Prowse, the physical half of Darth Vader’s performance in the original Star Wars trilogy, has passed away at the age of 85 in London following an unspecified illness. 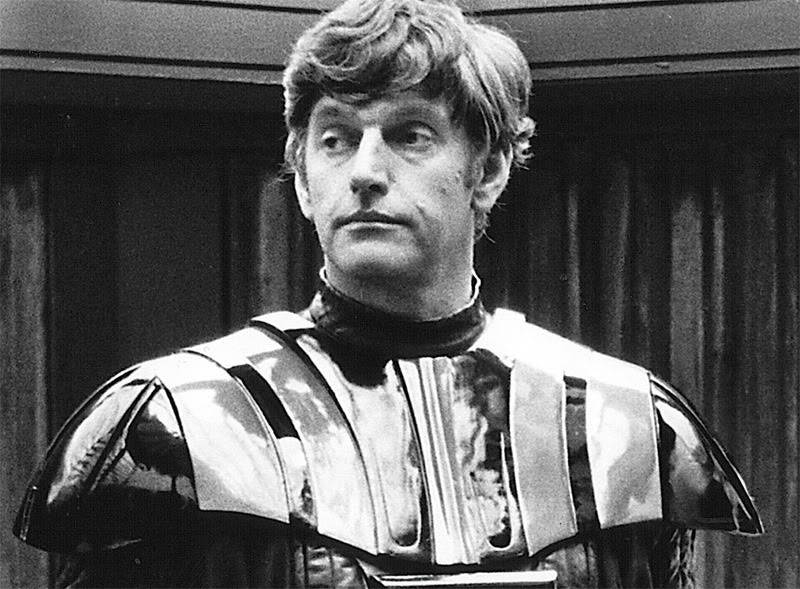 Born in Bristol in 1935, the 6’6” bodybuilder became a champion and made friends with future stars including Arnold Schwarzenegger and Lou Ferrigno. Hollywood soon came calling with roles that included playing Frankenstein thrice (including the James Bond spoof Casino Royale), Doctor Who, and the Stanley Kubrick classic A Clockwork Orange, where he caught the attention of young filmmaker George Lucas.

So sad to hear David Prowse has passed. He was a kind man & much more than Darth Vader. Actor-Husband-Father-Member of the Order of the British Empire-3 time British Weightlifting Champion & Safety Icon the Green Cross Code Man. He loved his fans as much as they loved him. #RIP pic.twitter.com/VbDrGu6iBz

Cast as the on-screen performance of Darth Vader in Star Wars, Dave Prowse’s accent wasn’t menacing enough for the part and his role was later dubbed by James Earl Jones. When Prowse auditioned, he was also given the option to play Chewbacca, leaving that role for Peter Mayhew in favor of playing a villain. Peter Mayhew’s family shared a loving tribute to the actor on Twitter with a photo that also features the late Kenny Baker, who helped bring R2-D2 to life.

RIP Dave Prowse. I hope you’re up there sharing a pint and a story with the boys. #DarthVader #DaveProwse #RIPDaveProwse #StarWars pic.twitter.com/XoUtq2YihW

While Darth Vader would be his most famous role, the one he was most proud of was Green Cross Code Man, a public safety campaign in the United Kingdom that helped teach children about pedestrian safety.

In addition to acting roles, Dave Prowse also trained other actors for physical roles, including Christopher Reeve for his turn as Superman and Cary Elwes for the part of Westley in The Princess Bride.

I was fortunate enough to have #DaveProwse train me to get in shape for Princess Bride. He was a gentle soul with a heart as big as he was. So grateful to have had him in my life. My condolences to his family. Rest in Power, Dave. ??️‍♂️ pic.twitter.com/p991Cg4A3O

Dave Prowse loved meeting Star Wars fans and was a popular guest and fan conventions over the years. In 2011, he published his own memoir titled Straight from the Force’s Mouth: The Autobiography of Dave Prowse MBE.

Sad to hear of the passing of a #StarWars family member. RIP Dave Prowse. Darth Vader wouldn't be the same without you in the costume. We had many fun times & laughs at cons together over the years. Glad to have been able to call you a friend. Rest now and be one with the Force! pic.twitter.com/st28CQGckF

Dave Prowse is survived by his wife, children and grandchildren. Our hearts go out to his family, friends and fans during this difficult time.