Today, mega popular cover artist Peach Momoko made her highly-anticipated writing and interior art debut in DEMON DAYS: X-MEN #1! The Marvel's Stormbreaker artist invited fans to enter a breathtaking new vision of the Marvel Universe complete with her extraordinary versions of the X-Men, the Avengers, Venom, and more. And today, Marvel revealed the title and cover for the second installment of the Demon Days saga coming in June: DEMON DAYS: MARIKO! 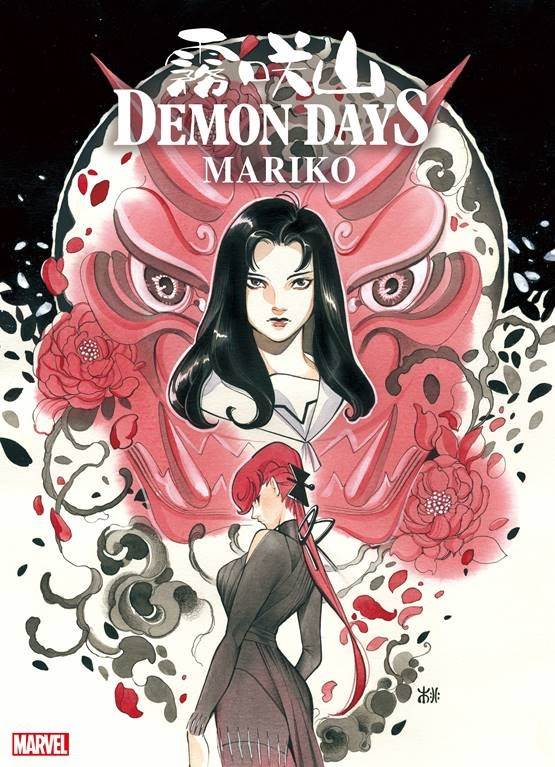