It’s been a little over a month since our last construction photo update of Tron Lightcycle / Run at Magic Kingdom. The upcoming indoor/outdoor roller coaster recently achieved its topping off milestone, celebrated with an American flag at the coaster’s highest peak. More of the canopy support structure has been added over the track, most noticeably by the attraction’s show building. 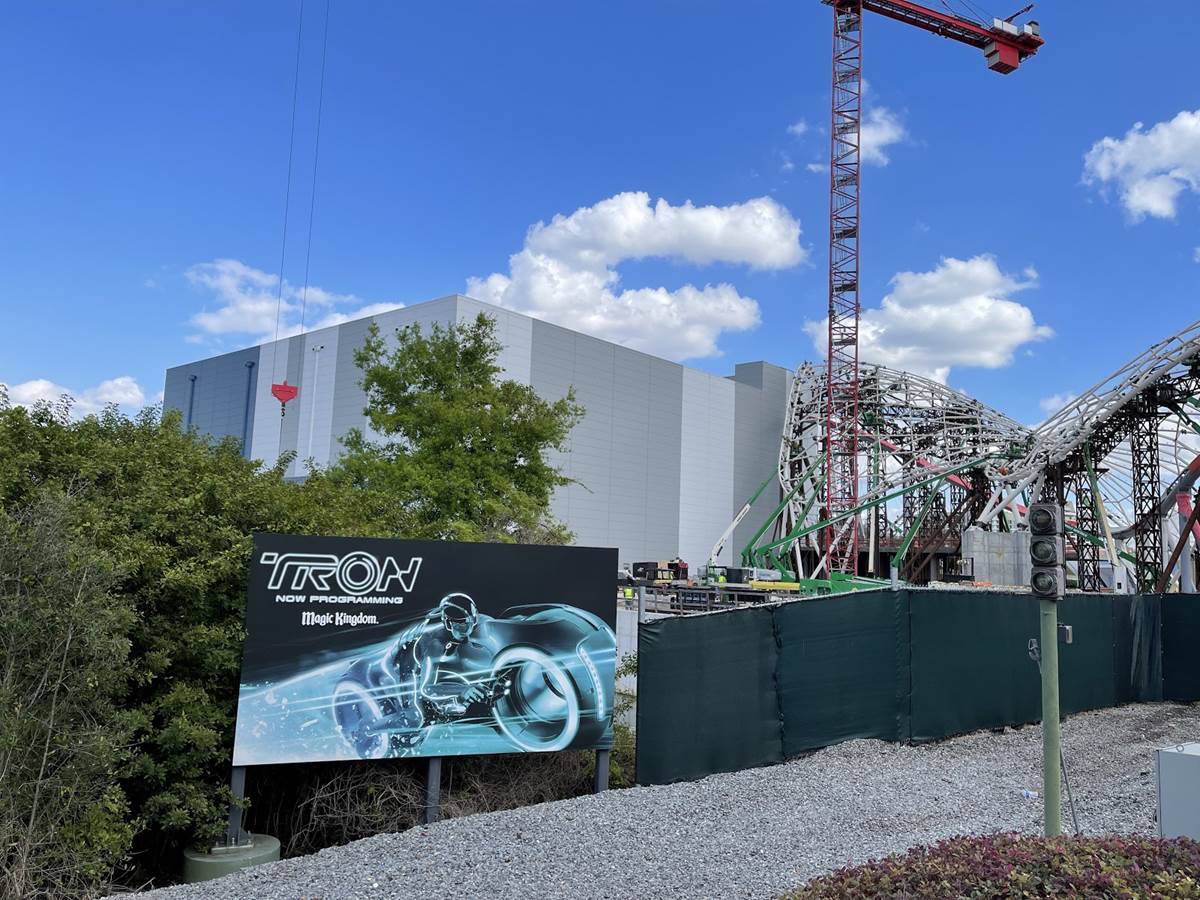 This is also the area where the most amount of work appears to be taking place, with an abundance of cranes nearby and workers visible from the queue of The Barnstormer. 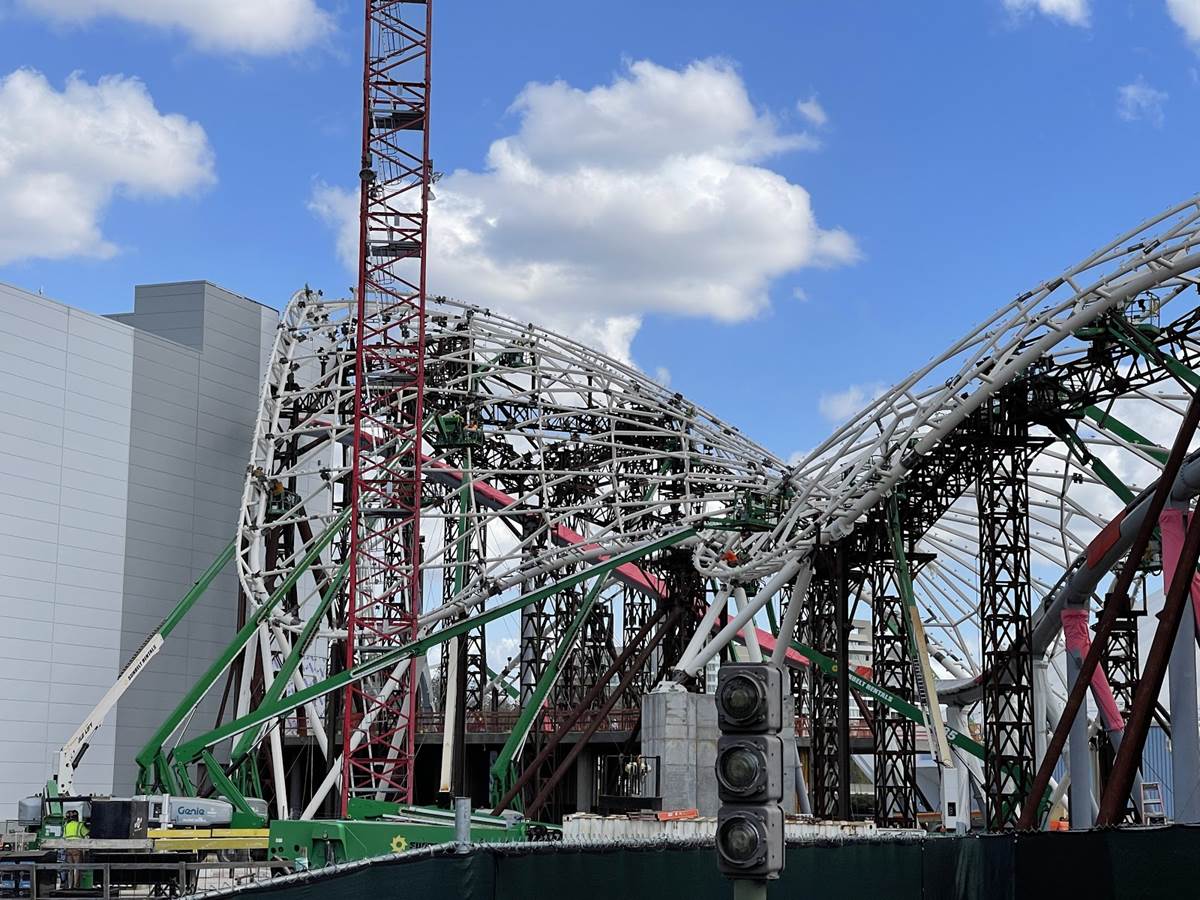 The track of the coaster has been wrapped to protect it while the canopy and light rigs are installed. Originally announced to open in 2021, an opening date has not yet been announced. It’s harder to see now that the canopy supports are in place, but prior to that, it became apparent that the show building has been sealed from the outside. 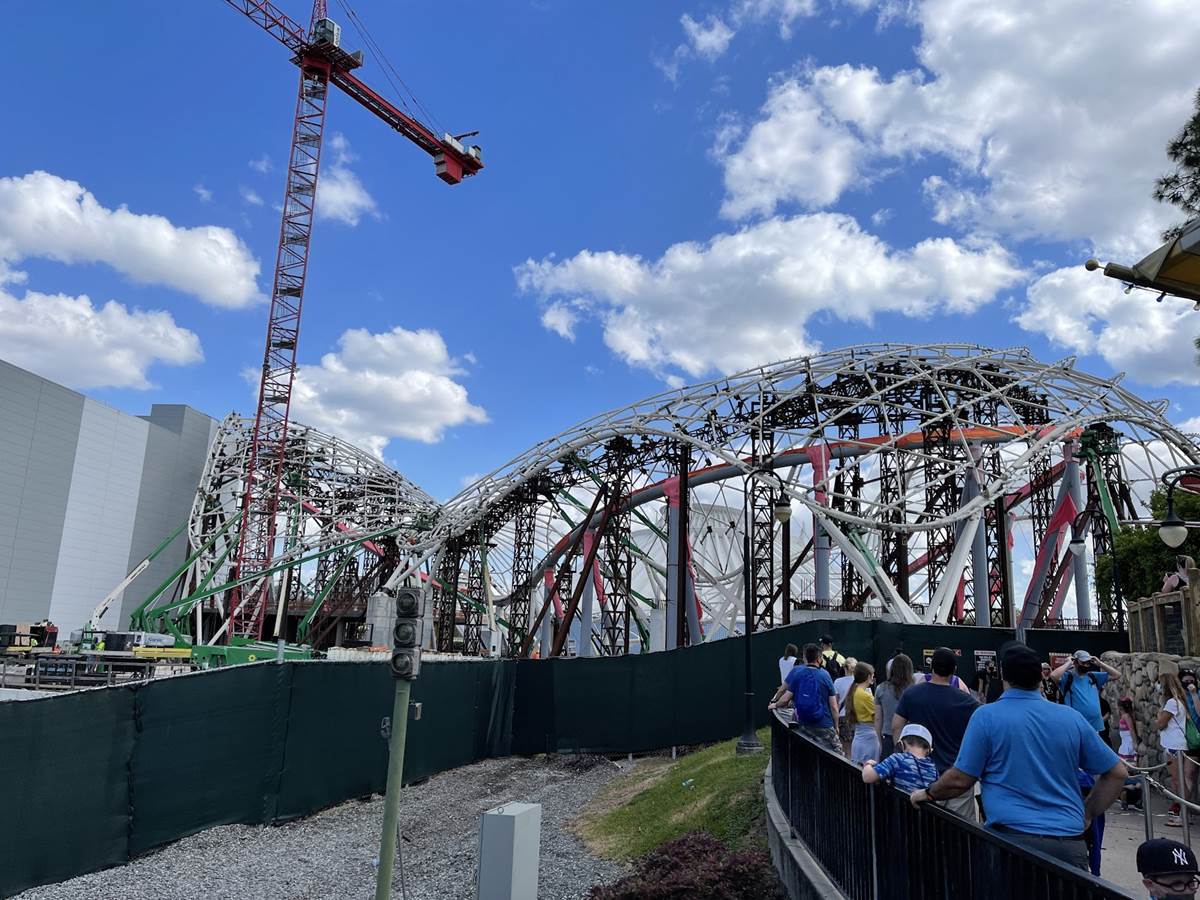