“The Odyssey of Star Wars: An Epic Poem” Announced by Lucasfilm Publishing and Abrams Books 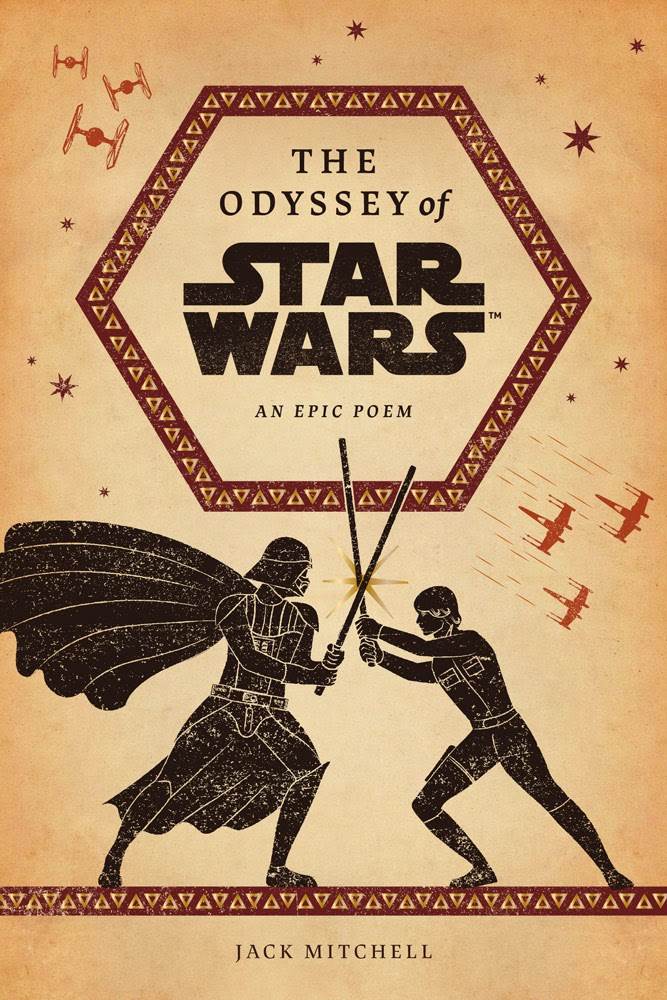 One may not think of epic poetry when they think of Star Wars, but the two storytelling phenomena have a lot more in common than one may initially realize.

That’s why Lucasfilm and Abrams books have partnered with Stanford-educated author Jack Mitchell to create The Odyssey of Star Wars: An Epic Poem, a tribute to the works of classic poets like Homer via A Galaxy Far, Far Away. The title and cover for the book was revealed on this week’s episode of Lucasfilm’s official news webseries This Week in Star Wars. No joke!

The Odyssey of Star Wars: An Epic Poem will be released on September 28, and is available for pre-order now from Abrams Books.