“There will be an island—not the first, but the last…” Destiny’s foreboding words have stuck with Mystique—and fans—since the very beginning of the age of Krakoa. Now, a day of reckoning is upon mutantkind’s leaders, and the shocking payoff to seeds planted in House of X and Powers of X arrives in mastermind writer Jonathan Hickman’s brand-new X-Men series: INFERNO! 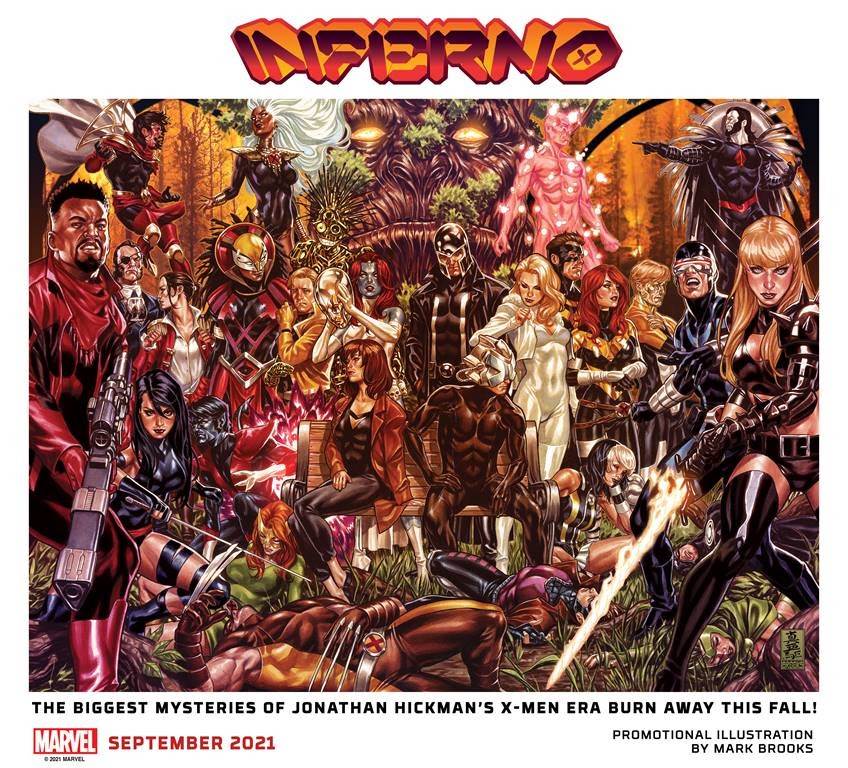