Tomorrowland at Magic Kingdom is getting more colorful as work continues on TRON Lightcycle / Run, a new roller coaster based on the attraction of the same name that premiered at Shanghai Disneyland. Work appeared to have stalled for a period of time, but with the show building entry points for the coaster reopened, it feels closer and closer to opening every time we walk by. 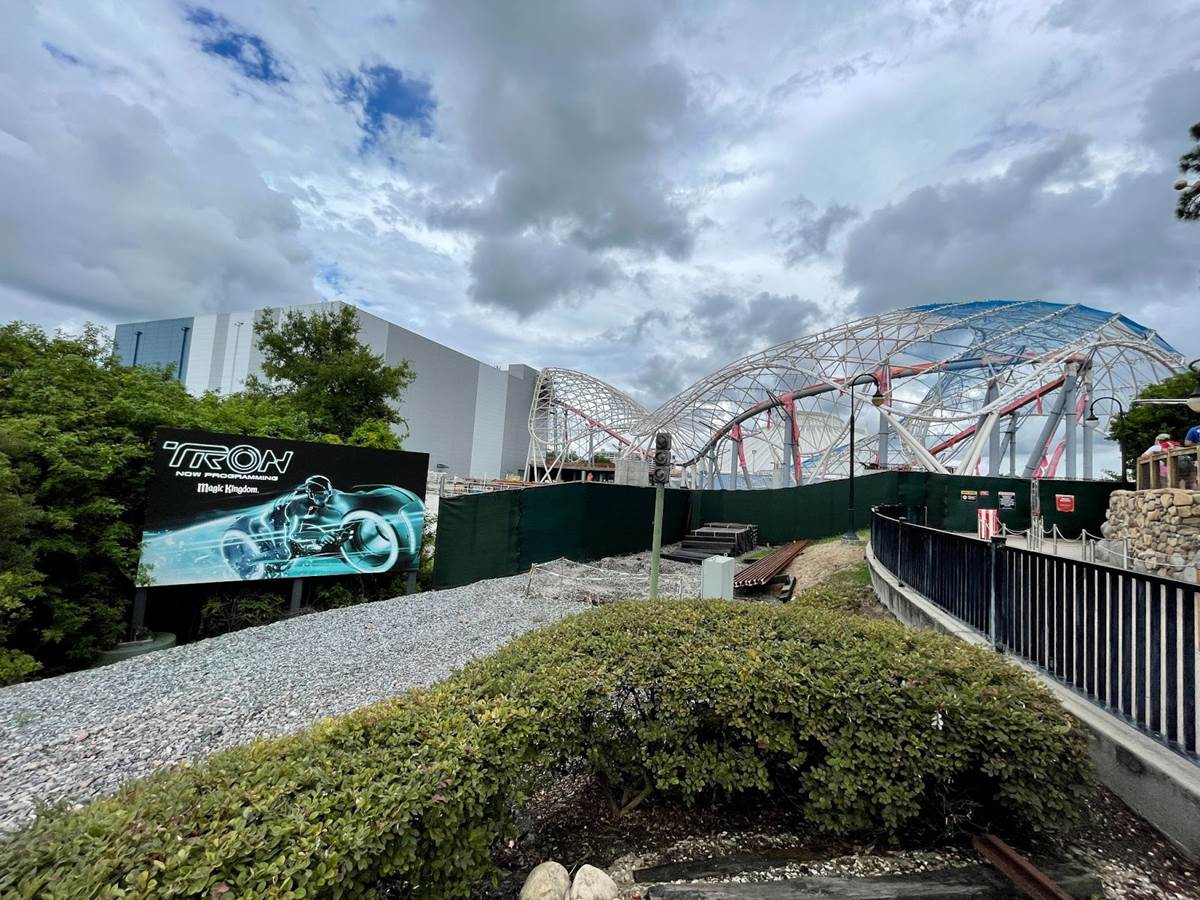 What’s new this time? A couple weeks ago, blue netting began to be installed on the canopy above the outdoor track. Today, we got to see that they’ve continued this installation, with the canopy appearing visibly blue from a distance. 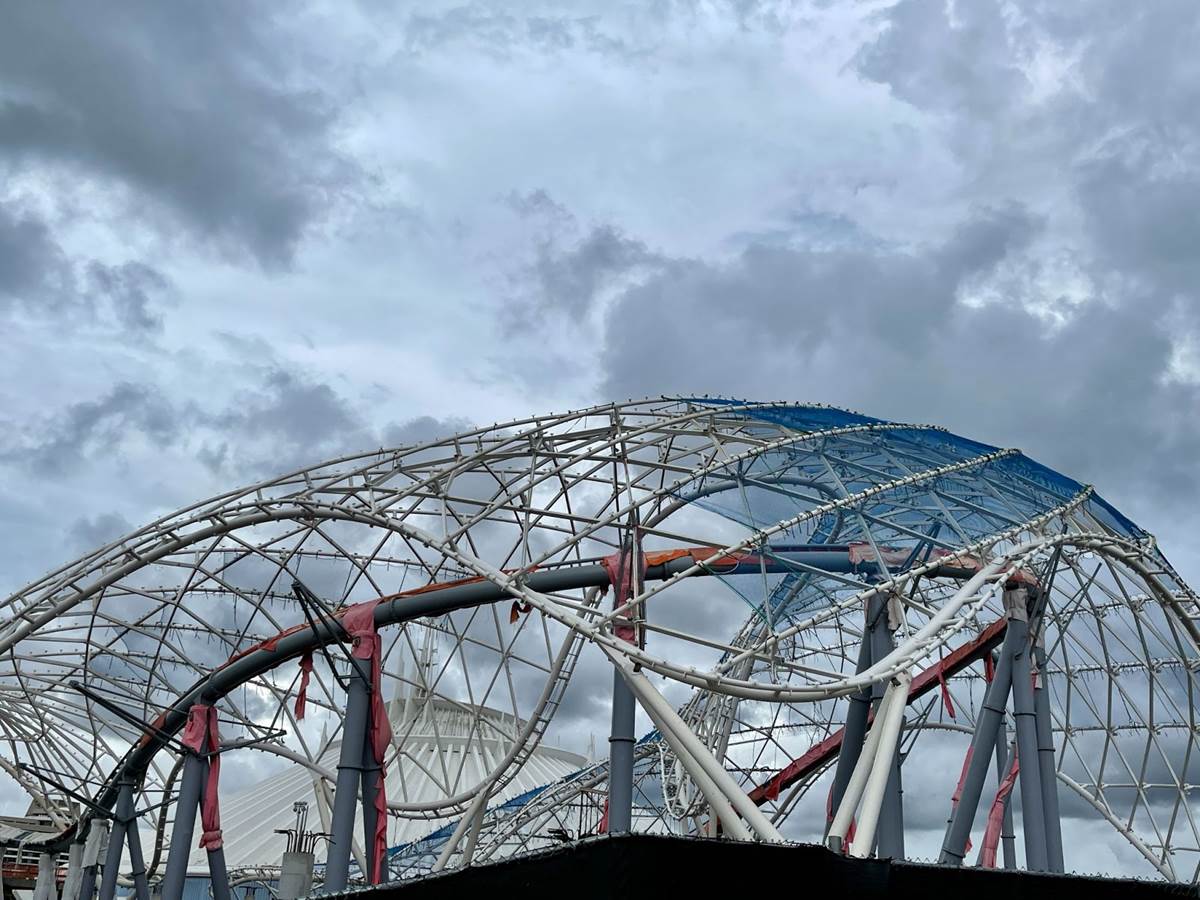 Don’t worry, this isn’t the final look. With concept art showing the attraction’s canopy mirroring the dazzling light-up display in Shanghai, ETFE foil will give the canopy a distinctive rippling shape. Walt Disney World has not yet announced a new opening date for TRON Lightcycle / Run, but we’re nonetheless eager to enter the game grid when it’s ready. 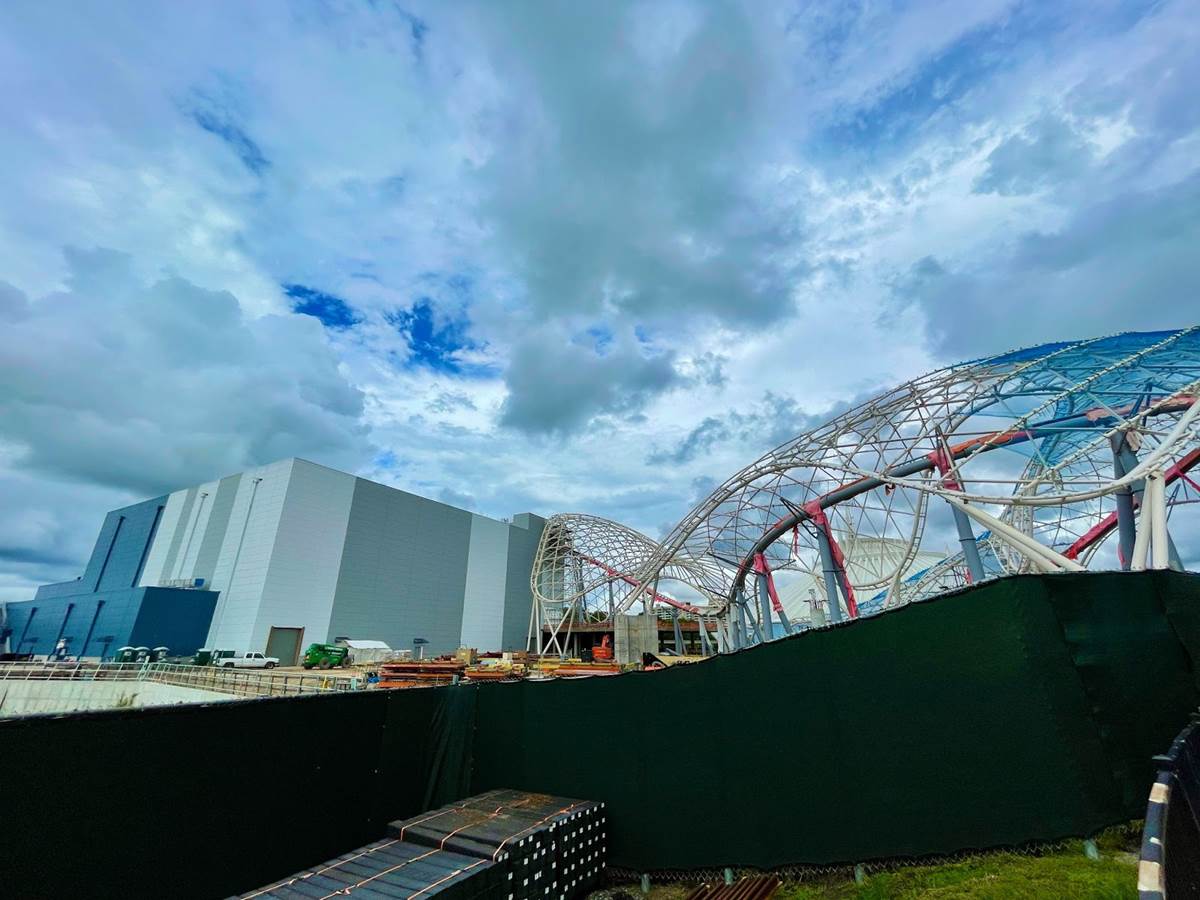