Universal Parks and Resorts Chairman and CEO Tom Williams Retiring, to be Succeeded by Mark Woodbury

Current Chairman and CEO of Universal Parks and Resorts, Tom Williams, has announced his retirement. He’ll be replaced in the role by longtime Universal Creative head, Mark Woodbury. 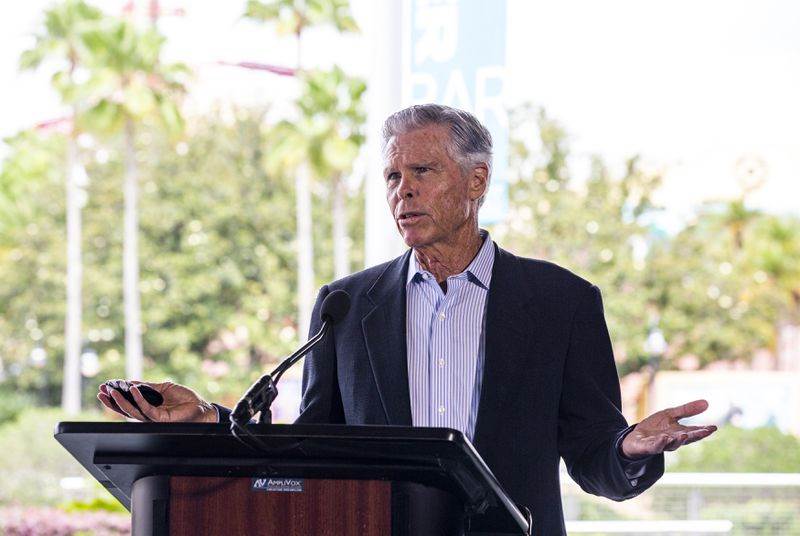 Tom Williams announced his retirement in a letter to Universal Orlando team members:

Today, you learned of my upcoming retirement after more than 50 years in the business.

The time is right for me to step back from our business and step toward more time with my family and the things I want to do during retirement.

I will always carry memories of so many of you and so many special moments we have shared together. The list is long, but I can remember all of them vividly. What has made each of them special is not a specific ride or theme park or event. It is all of you.

You truly are the greatest team in the business. I have always been inspired by you, the work you do and the humanity you bring to that work. Your greatest moments are when you come together and work as a team. It is amazing and awe-inspiring to watch.

I wish all of you success, happiness and peace.

I have worked closely with Mark Woodbury for many years and I know the future of Universal Parks & Resorts is in good hands with him and with each of you. Mark’s vision, leadership, knowledge of our business and passion for what we do will serve him well as chairman and CEO. And I know each of you will do everything you can to support him in his new role.